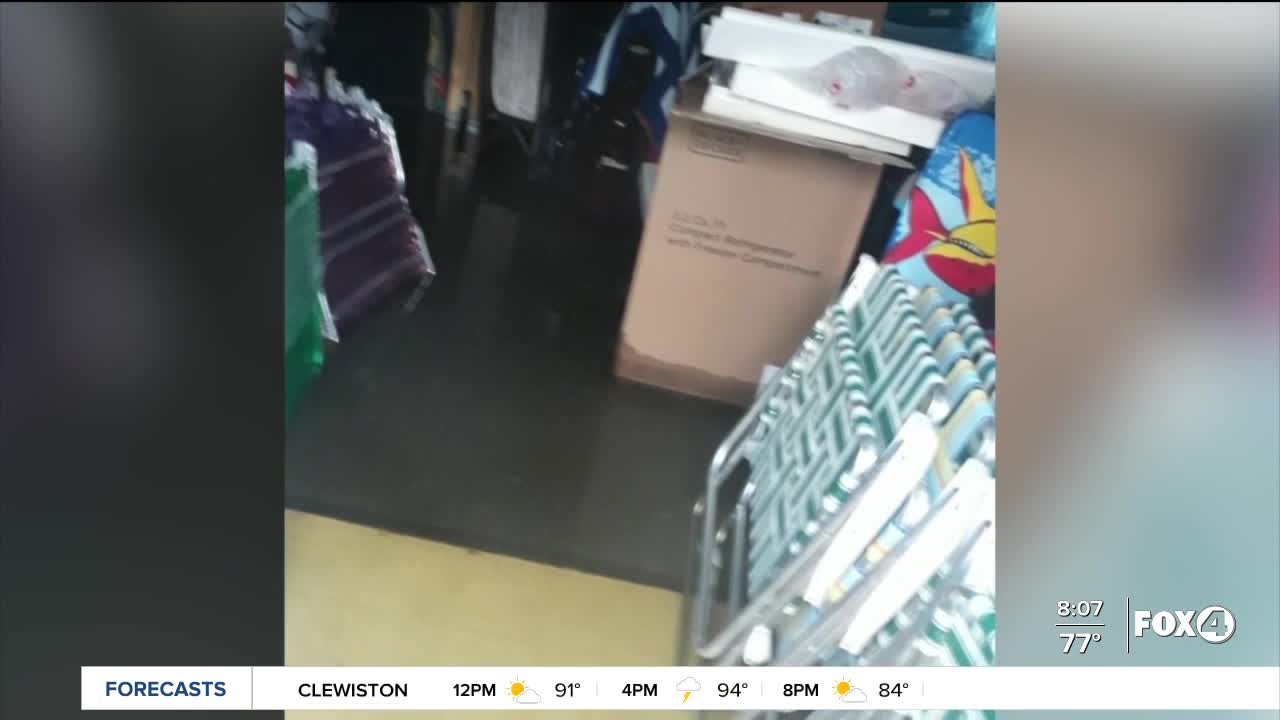 Business owners in the Sanibel Square business plaza experienced significant flooding as a result of Sally. Some are sharing photos of the damage with Fox 4.

SANIBEL, Fla -- Business owners in the Sanibel Square plaza are in the process of uncovering and documenting flood damage, caused by Sally.

The island has seen significant flooding in several business and residential areas.

One business owner shared photos that show the water made its way into the facility, damaging items inside. The photos also revealed damage to the walls, and showed several inches of water inching toward the foot of the doors.

Local attorneys tell Fox 4 it's important to document the damage with photos and videos, if you plan to file a claim.

After other business owners expressed concerns that the city may not have opened its weirs, leading to the heavy flooding, Fox 4 reached out to the city.

Mayor Kevin Ruane said that is not the case. He said protocol was followed and the weirs were opened. He added that in his 16 years living on the island, he too has never seen flooding like this.