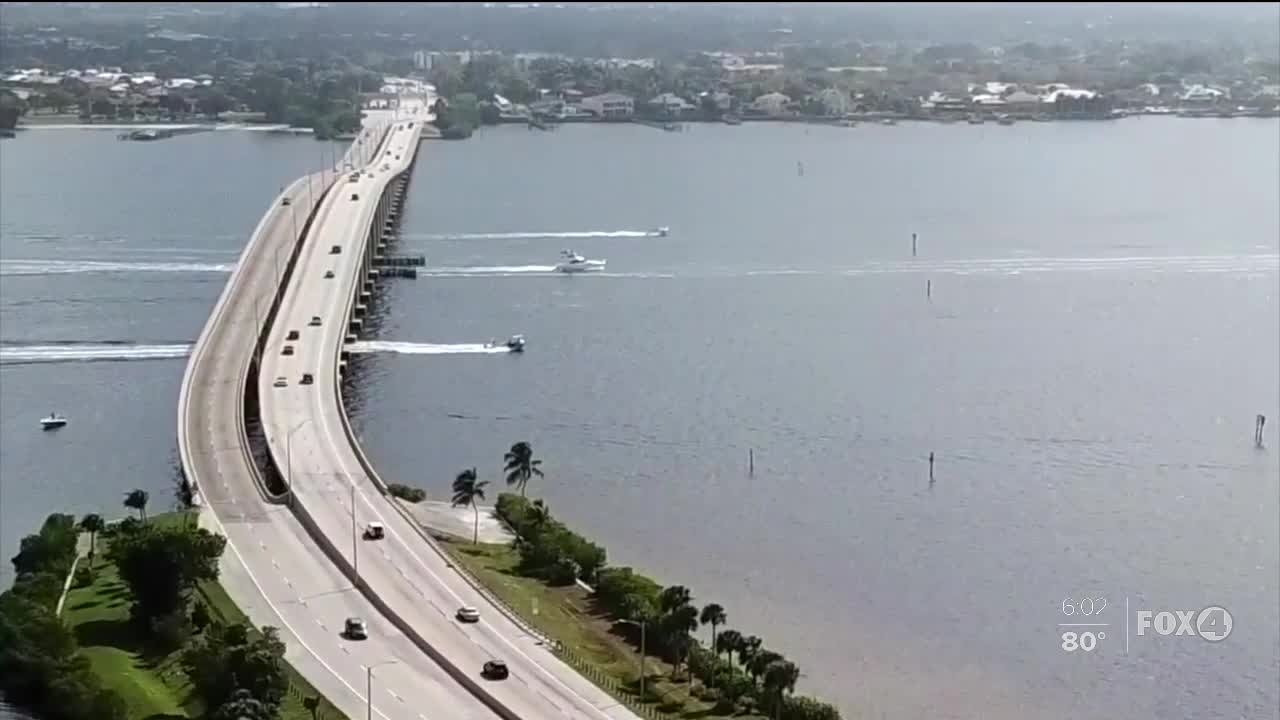 One safety advocate is looking to help make the Cape Coral Bridge safer for pedestrians with construction plans on the horizon.

CAPE CORAL, Fla. — A construction project is coming to the Cape Coral Bridge in 2028, with the design phase starting as early as next year.

The plan is to replace the westbound span of the bridge, which opened to traffic in 1964.

The engineering and design of the construction are not yet underway, but one Cape Coral safety advocate has sprung into action.

Nearly 38,000 cars drive over this bridge daily, according to Lee County.

Pedestrian and bike advocate, Carolyn Conant, says it's time to make it safer for everyone.

"We don't have any bridges that have easy and safe access for bicyclists and pedestrians over the bridges," said Conant.

Carolyn Conant, a bike and pedestrian advocate, will be going before the Cape Coral Transportation Committee next week to present design concepts for the upcoming Cape Coral Bridge construction.

One of the proposed concepts is to replace both the westbound and eastbound bridge spans with one signature bridge.

"For instance, we could take the old westbound span and keep it, instead of demolishing it, which saves money, and make it into a bike-ped linear park as it has been done in other places around the world," said Conant.

Conant says a bike-ped-linear park could bring in more tourism.

Another design concept includes an overpass with stores and restaurants underneath that could help boost economic development.

"I was simply trying to show that there are designs that can be done and are being done in other places to make parks and shops underneath the flyover," said Conant.

The overall goal of the concepts is to help make it safer for pedestrians and cyclists, as well as help relieve congestion that builds up around the Cape Coral Bridge.

"I think this project is one of those things where you could just do a westbound span, and it is what it is, [but] you'll still have traffic congestion, or you can look at more dynamic ideas that others are doing," said Conant.

Conant's presentation will also discuss analyzing traffic congestion chokepoints and the flow of traffic to and from the Cape Coral Bridge.