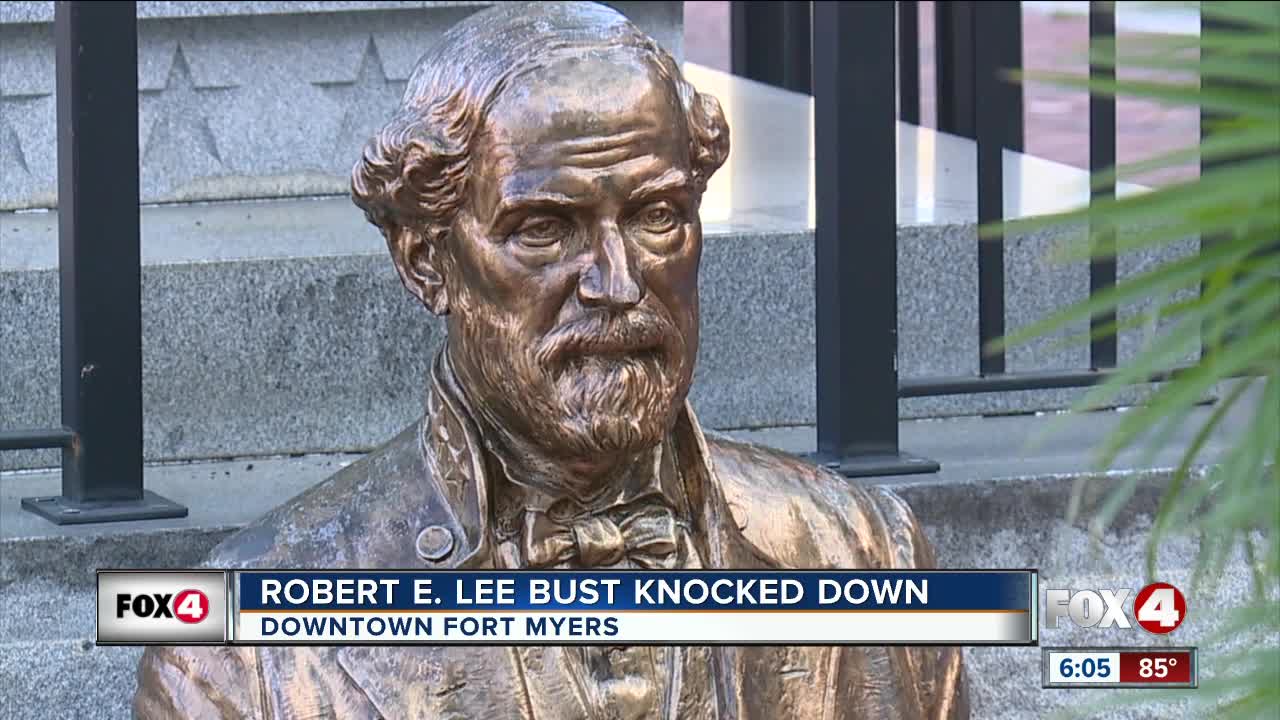 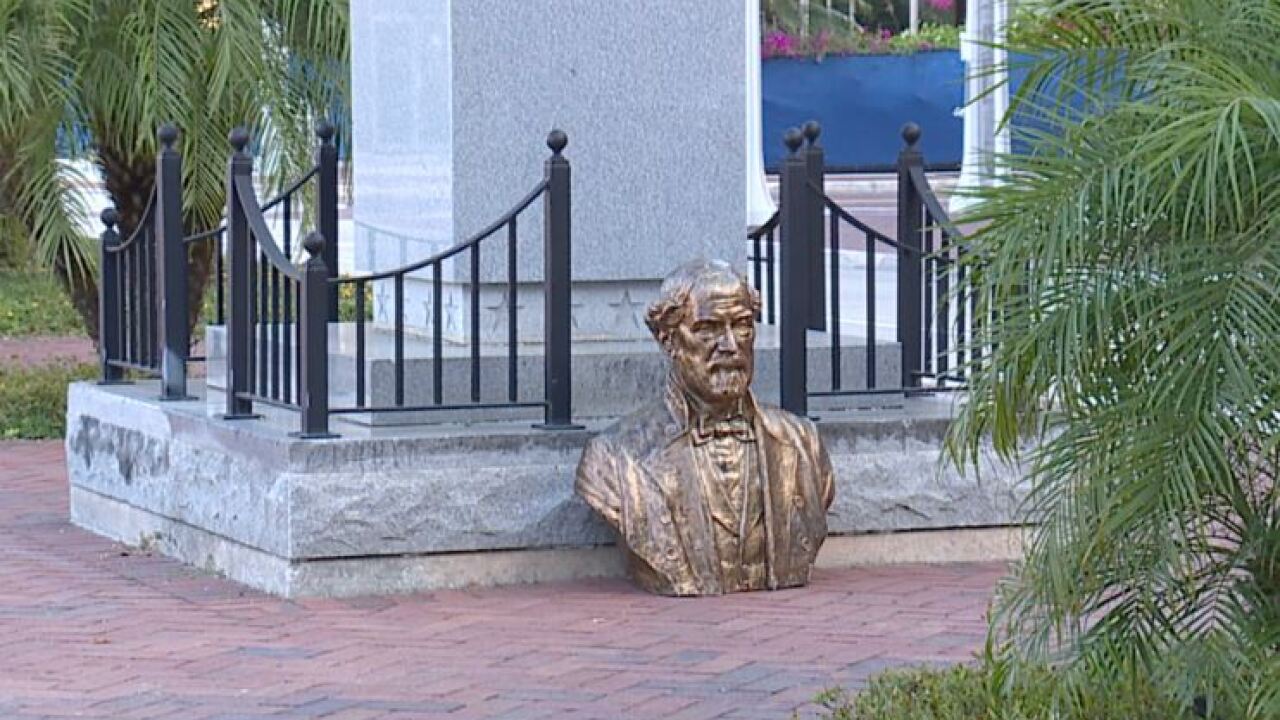 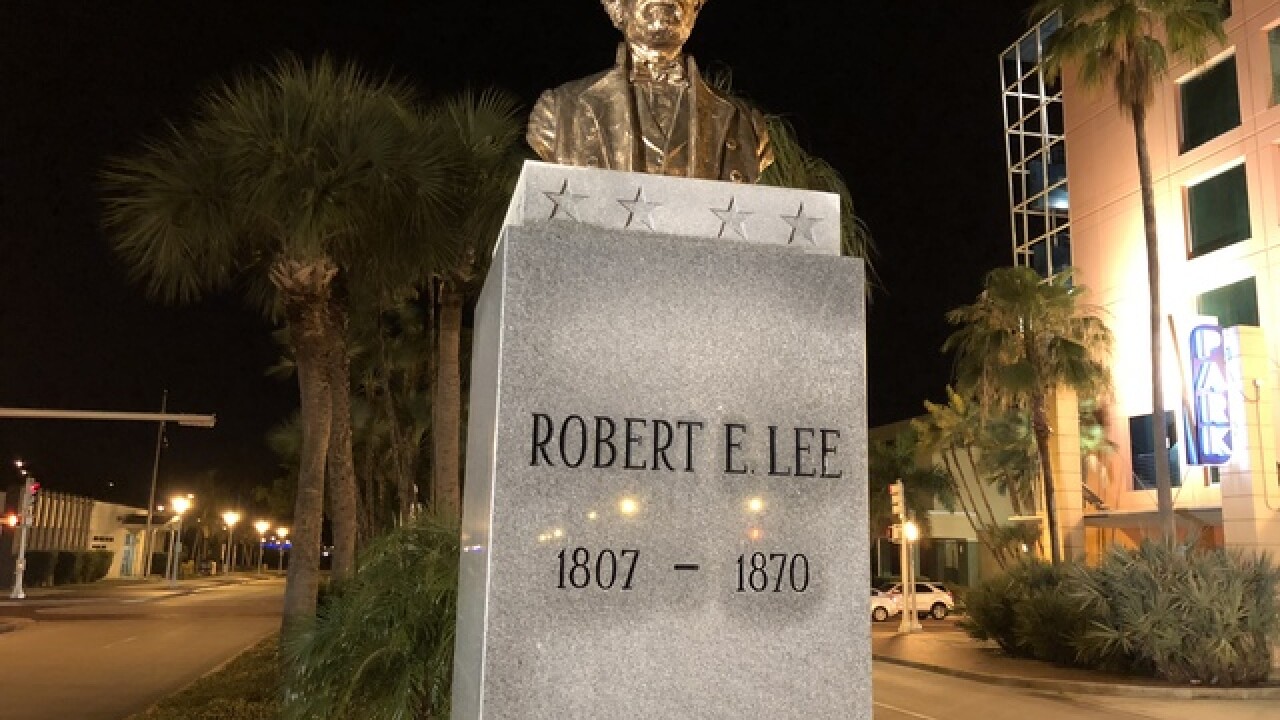 Fort Myers Police say the bronze bust of General Robert E. Lee was loosened from it's foundation by unknown subjects and found laying face-down on the ground next to its pedestal. Somebody later sat it upright at the base of the pedestal.

A short time later, police and members of the Sons of the Confederacy arrived at the scene, and the bust was placed in a vehicle by members of the group. To some people, the thought that someone could do this to what some consider a piece of history was troubling.

"I was really disturbed when I saw it was knocked down last night it’s apart of our heritage here," said Daniel Endrizal, who lives in Fort Myers.

"So I’m a little concerned about what’s going to happen to this monument," said SWFL Historian Society member, Joanne Miller.

But to others that's not the case.

"Well we’re not disappointed," said Preisdent of the Lee County NAACP, James Muwakkil. Muwakkil, has lead the charge advocating to remove the statue for years.

"What we’re witnessing more than anything is the decency of American citizens knowing right from wrong and standing for what’s right," said Muwakkil.

Muwakkil has stated in the past that if he was given the right to take it down himself - he would. He says he was accused of tearing down the bust by Lee statue advocates.

"It could have very well happened through me, but this did not. It would have defeated the purpose to do it in secrecy," he said.

The statue sits in the median of Monroe Street in downtown Fort Myers and was placed there by the United Daughters of the Confederacy in 1966.

Last year, the local chapter of the NAACP announced its desire to have the statue relocated to a museum or Confederate cemetery.

However, the City of Fort Myers says they do not own the statue, and have no authority to move it from its current location. No action was taken on the statue.