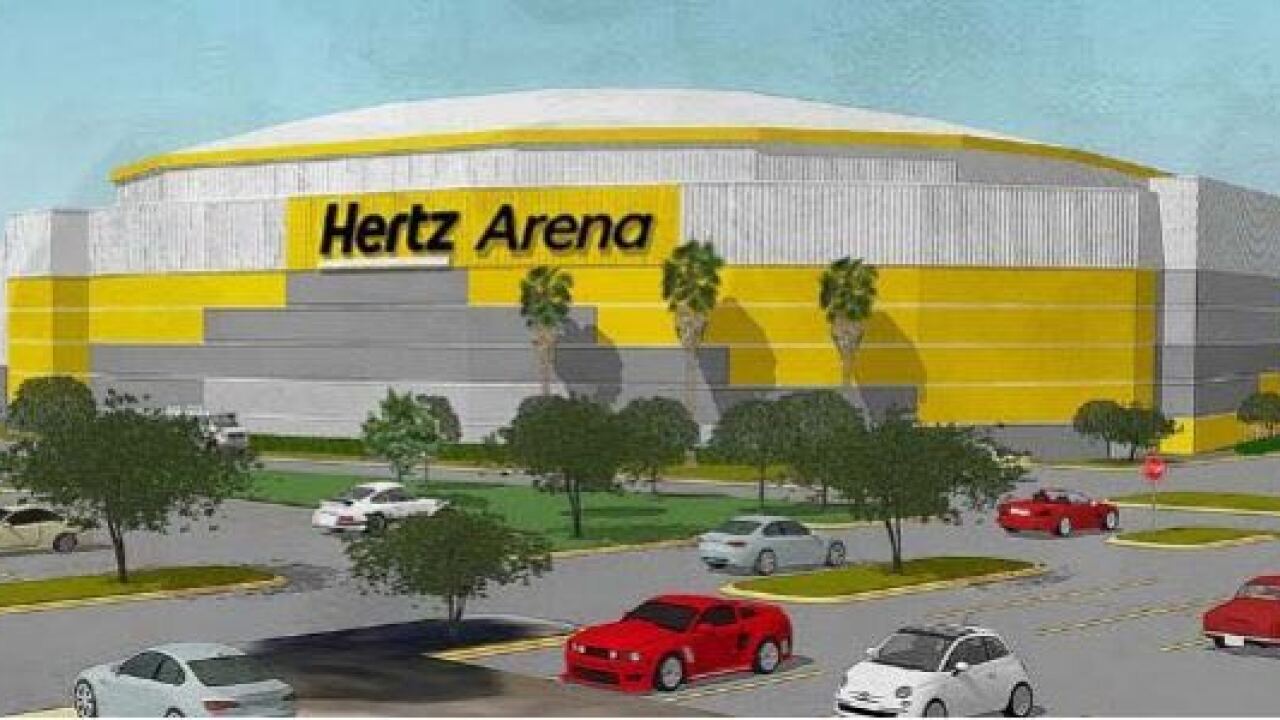 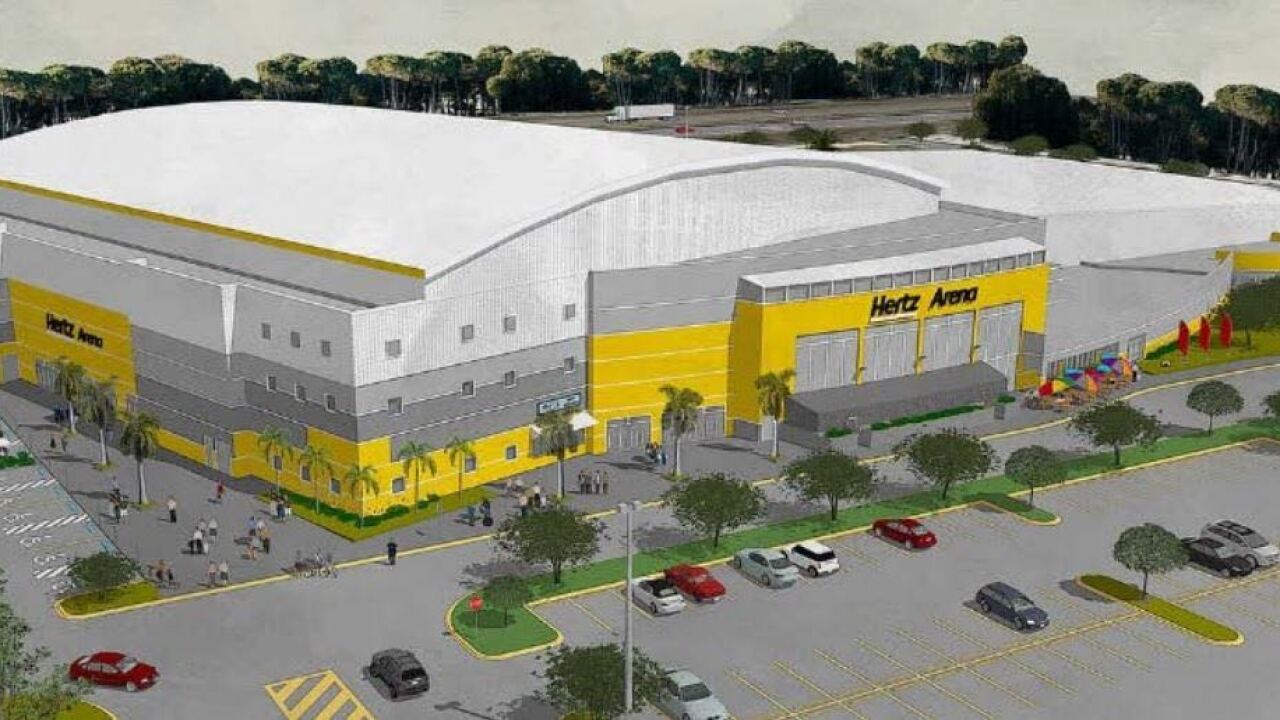 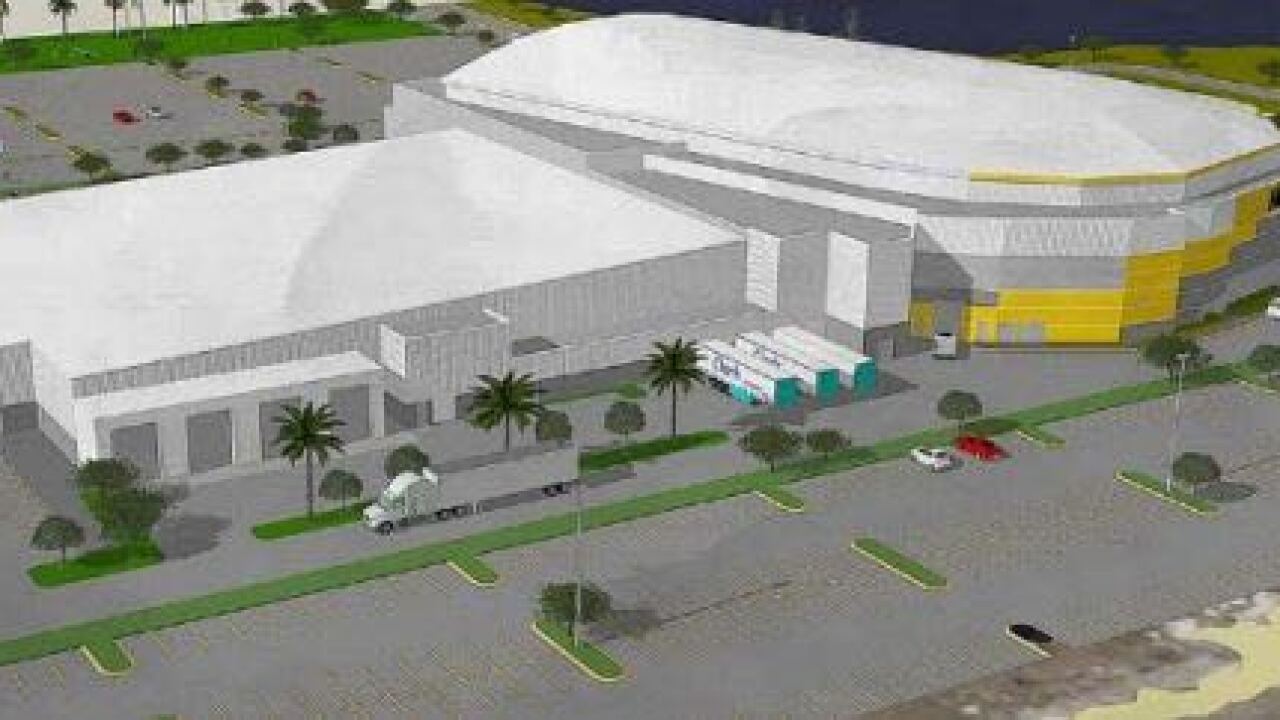 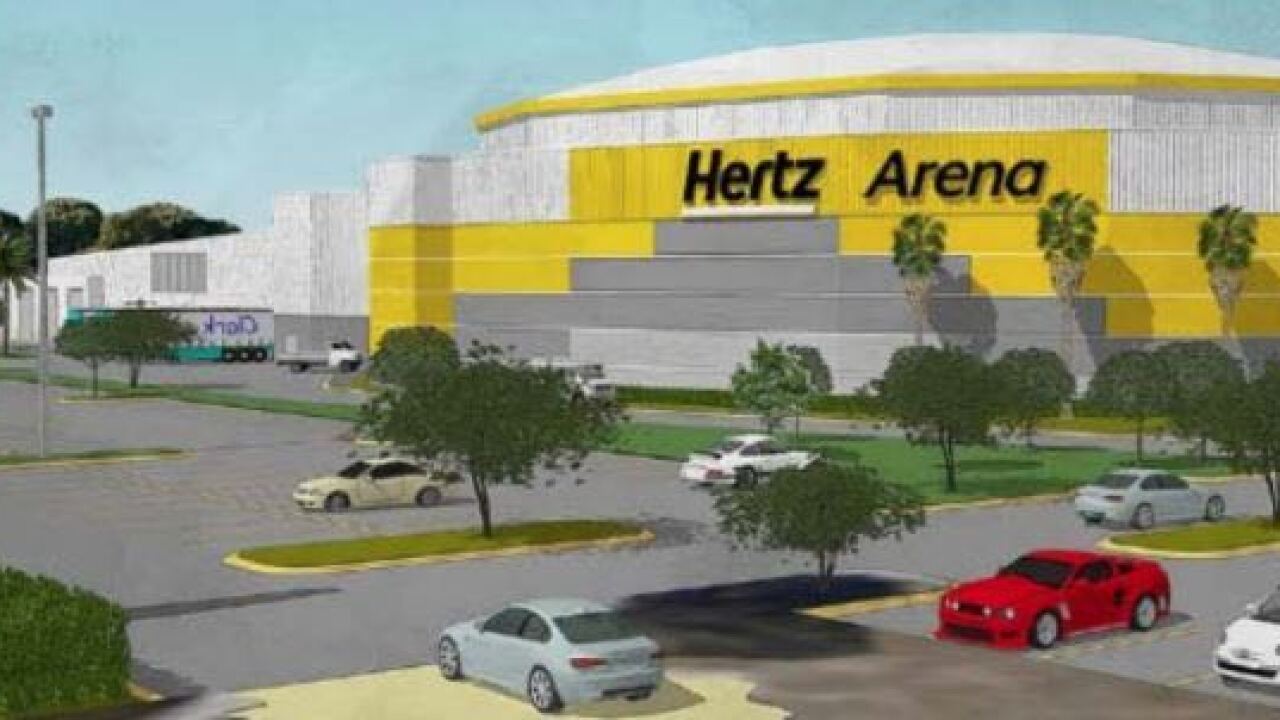 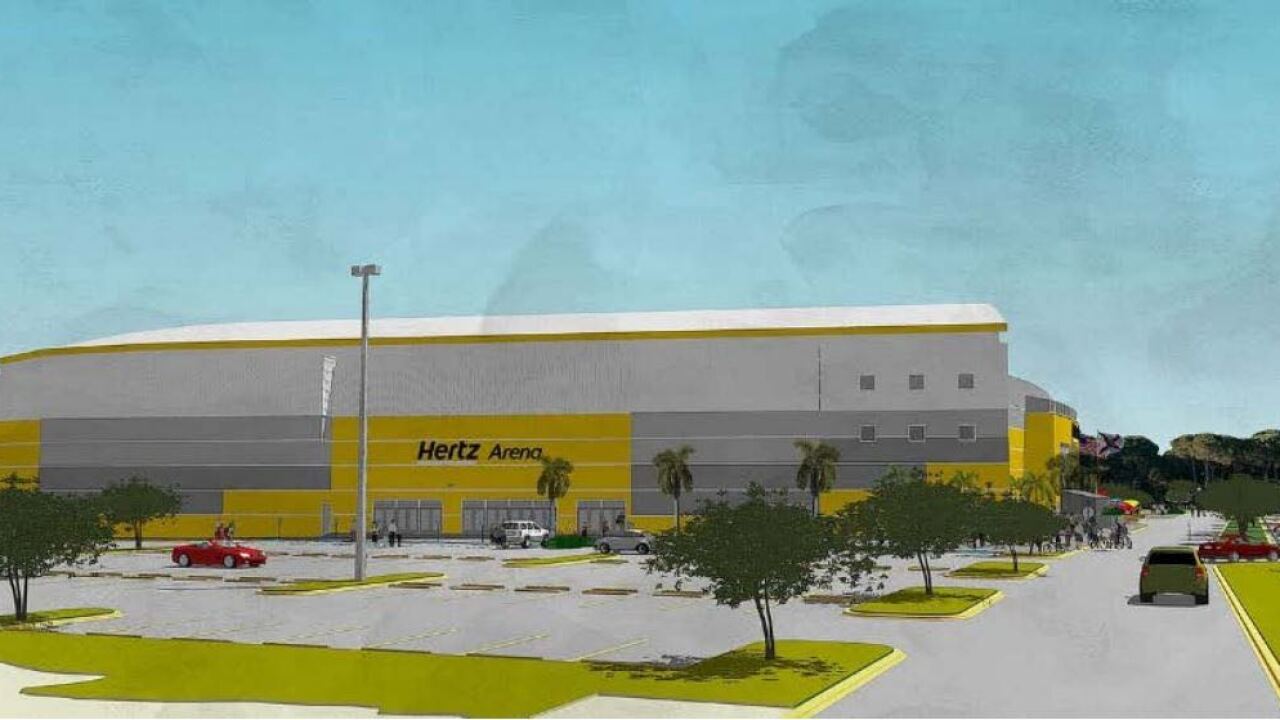 ESTERO, Fla. -- A new proposed paint job for the recently-renamed Hertz Arena will get a public hearing this month after the original all-yellow paint job was denied.

The Village of Estero's Design Review Board will conduct a public hearing at 5:30 p.m. on December 12th to review the proposed exterior painting. The meeting will be held held in the Village Hall Council Chambers (9401 Corkscrew Palms Circle).

Residents are invited to attend and may speak during public comment or they may watch the meeting online at: http://estero-fl.gov/council/watch-meetings-online/.

The agenda is here: https://estero-fl.gov/agendas/.

In September, Hertz was named as the new title sponsor of the arena, located off Interstate 75 near the Corkscrew Road exit in Estero. Plans to paint the entire arena bright yellow to match the company's color scheme were immediately announced, but were met with public disapproval.