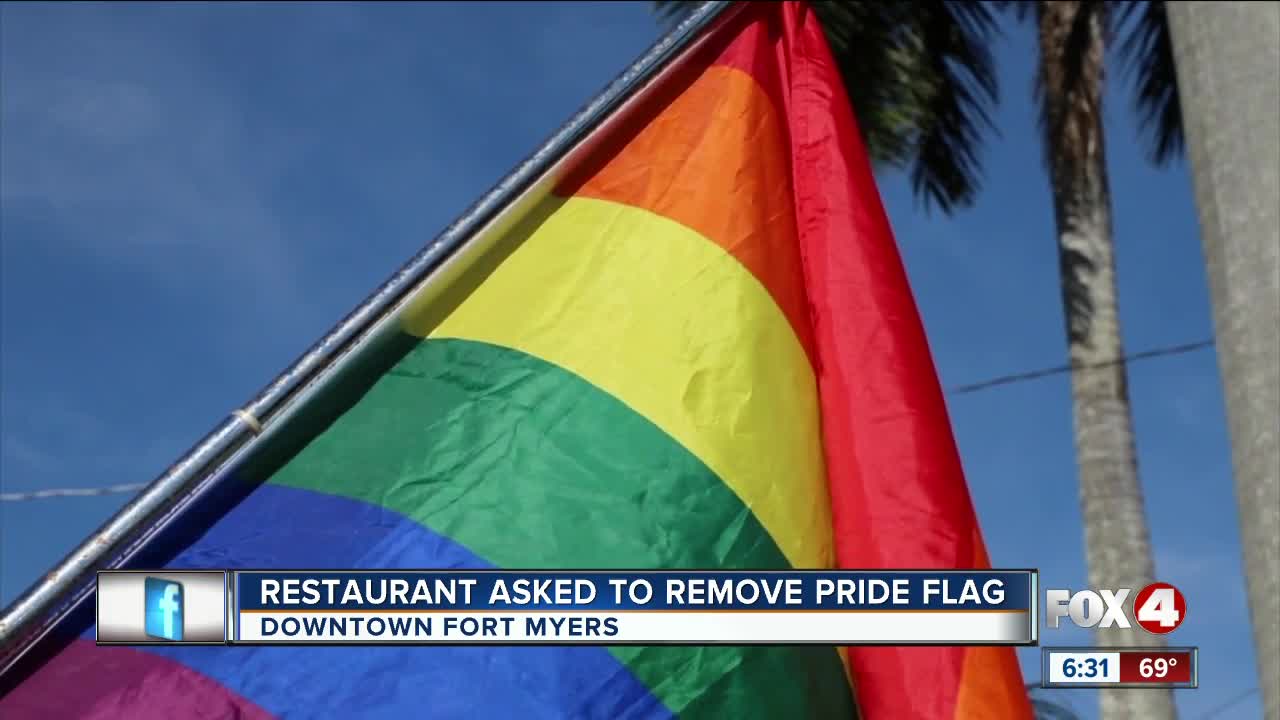 The owner of a popular downtown restaurant is frustrated after his landlord asked him to take down a flag flying outside the establishment.

Fort Myers, Fla. -- The owner of a popular downtown restaurant is frustrated after his landlord asked him to take down a flag flying outside the establishment.

For more than a month, The Standard Restaurant had a pride flag hanging outside. Chris Blauvelt, the owner of The Standard says his landlord Tim O’brien told him the flag causes a safety hazard and asked him to take it down. After a discussion, it was agreed that the flag can be displayed outside on the restaurants two busiest days.

Those events are the Drag Queen Bingo Fundraiser, where proceeds from the event go to local charities and the other is Drag Queen Karaoke.

“It’s just a flag that shows everyone is welcome, we hung, we hang the flag to show it’s a safe haven for all,” said Chris Blauvelt, Owner, The Standard Restaurant.

The Laboratory Theater of Florida put up a pride flag as a sign of solidarity, posting a picture on Facebook asking others to join in using the hashtag 'raise your standards.'

“We donated 30 flags to any business that wanted to stand with the standard and show the flag,” said Mel Crawford, President, Pride SWFL, Inc.

“It represents equality, everyone is welcome, this is a safe place, everyone is going to feel comfortable here, that is what we wanted to show with the flag,” said Blaire Depey, Blu Sushi Downtown.

“The flag is a welcome mat, for people who have historically been marginalized, and felt unwelcome," said Crawford.

Fox 4 reached out to the landlord and didn't answer any of our questions, only responding "no comment."