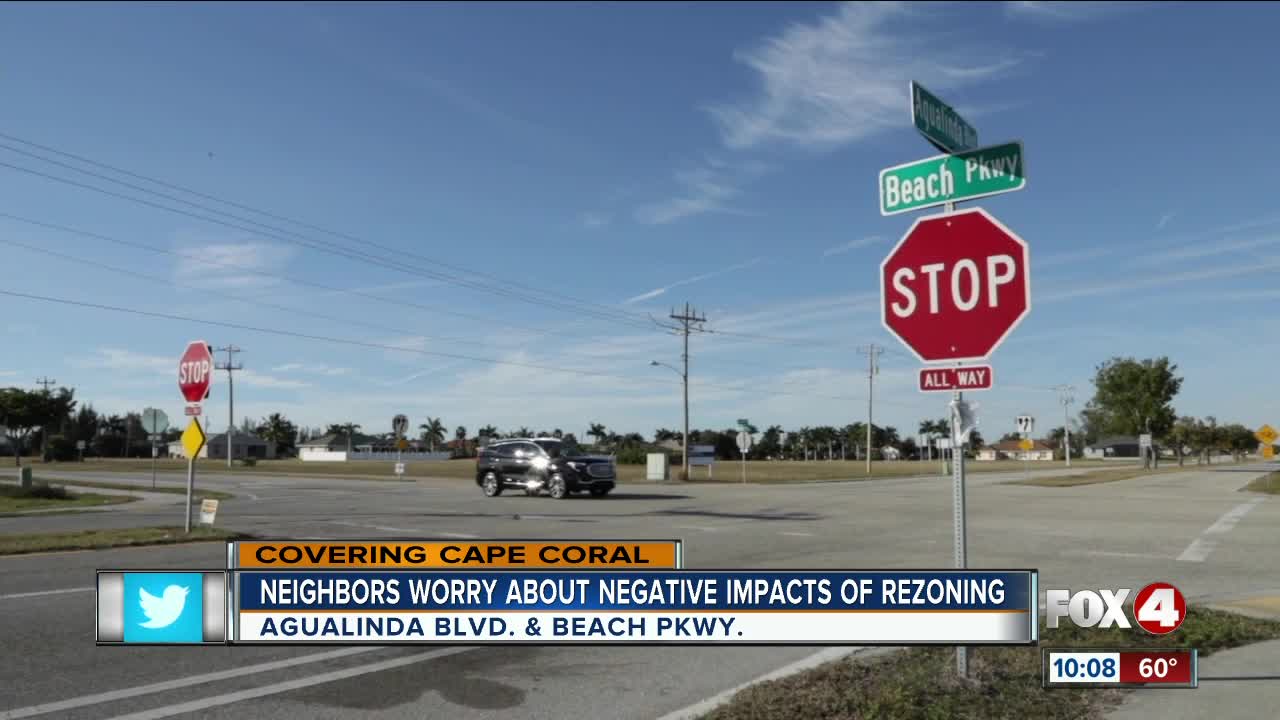 CAPE CORAL, Florida — Residents in Cape Coral are showing concern over possible changes to land use at the Four Corners in Cape Coral.

The City of Cape Coral is updating it’s land development code, which might add multi-family housing to three of the empty lots along Agualinda Boulevard and Beach Parkway.

“These are on single-lane roads. Half a mile down from the School, which already has existing traffic congestion,” Michalski said.

There could be more than 500 apartments developed in the area.

“With 510 units, we could actually end up with 1,000 more vehicles in this intersection,” Michalski said.

The city held a public meeting and put a notification in the newspaper, but Michalski said most people didn’t know about the meeting unless they went on Facebook.

“We as the neighbors and the taxpayers in this neighborhood, we should have been notified,” Michalski said.

Landers says it could decrease property values in the neighborhood.

“It’s just seen as a very negative thing for the area and candidly I haven’t found one person who is in favor of it,” Landers said.

The city sent an email saying they heard the public’s concerns and are looking to alter the recommendations for rezoning to provide more options that do not exceed “allowable densities”.

The next public meeting for the project will be held February 4.