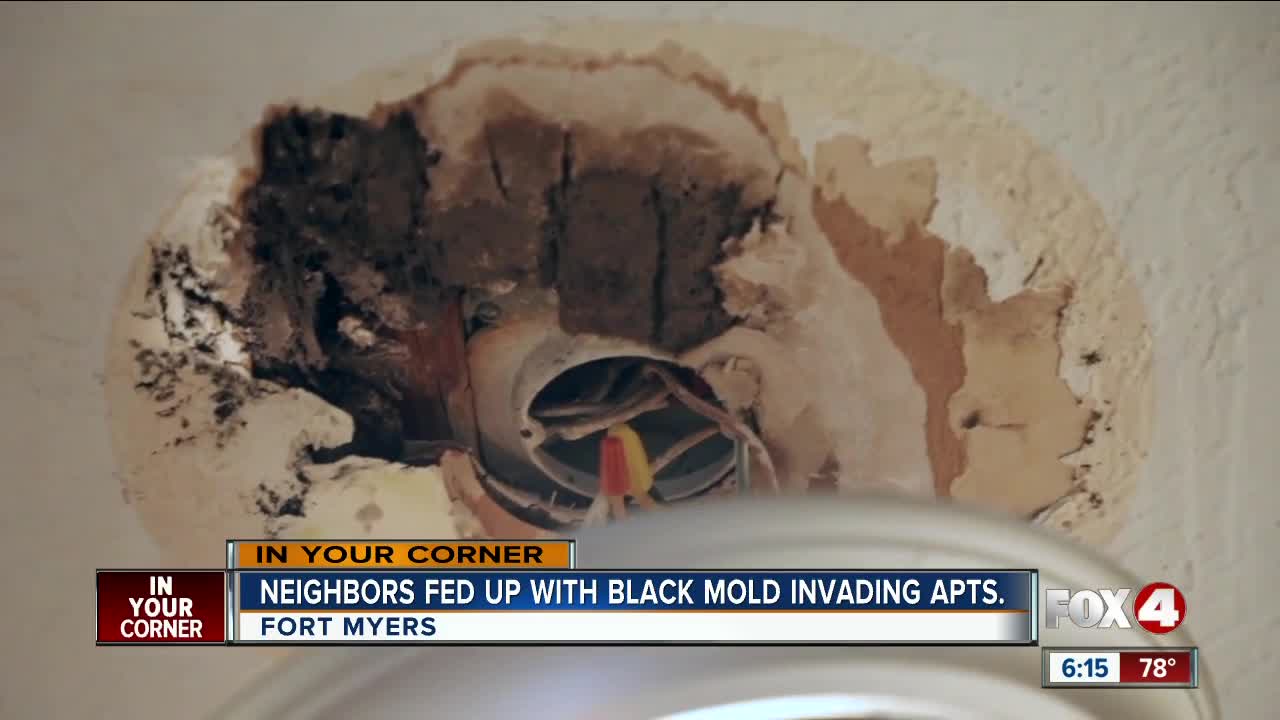 Residents at the Laurel Apartment Homes are finding black mold in their apartments and demanding answers from property management.

FORT MYERS, Fla. -- Four in your corner as people living in a Fort Myers apartment complex question their safety and health.

Residents at the Laurel Apartment Homes say they are battling their landlord, demanding they get rid of the mold.

“This is wet, they don’t want to acknowledge that this ceiling is wet, I can pick this whole ceiling up,” said Brandon Murray, Laurels Resident.

Every corner you turn Brandon Murray showed me signs of what he believes is mold.

After a month of trying to get the problem fixed by the complex, Brandon paid almost $300 out of pocket for his own mold inspection to be done.

“The lowest number it says it’ll pick up is 7 and ours are at 293,942 per square meter, that would be the spore count,” said Murray.

Brandon says owners of the Laurels offered him a $1000 moving expense and when he turned it down, he got a letter of eviction.

It’s not just mold. Other neighbors say there are also signs of termites,

“It’s a major issue, I’ve brought up termites 6 to 8 months ago they are still biting me,” said Jerome Singh, Laurels Resident.

Health is also a main concern.

Fox 4 reached out to the property owners to figure out what’s being done.

We received a statement from the district manager of Aspen Square Management, who owns the Laurels, saying in part, "they respond promptly and quickly to all requests and have company polices and procedures in place to resolve any issues."

“We want something to change here for the people’s safety, not only ours, but everyone’s,” said Murray.