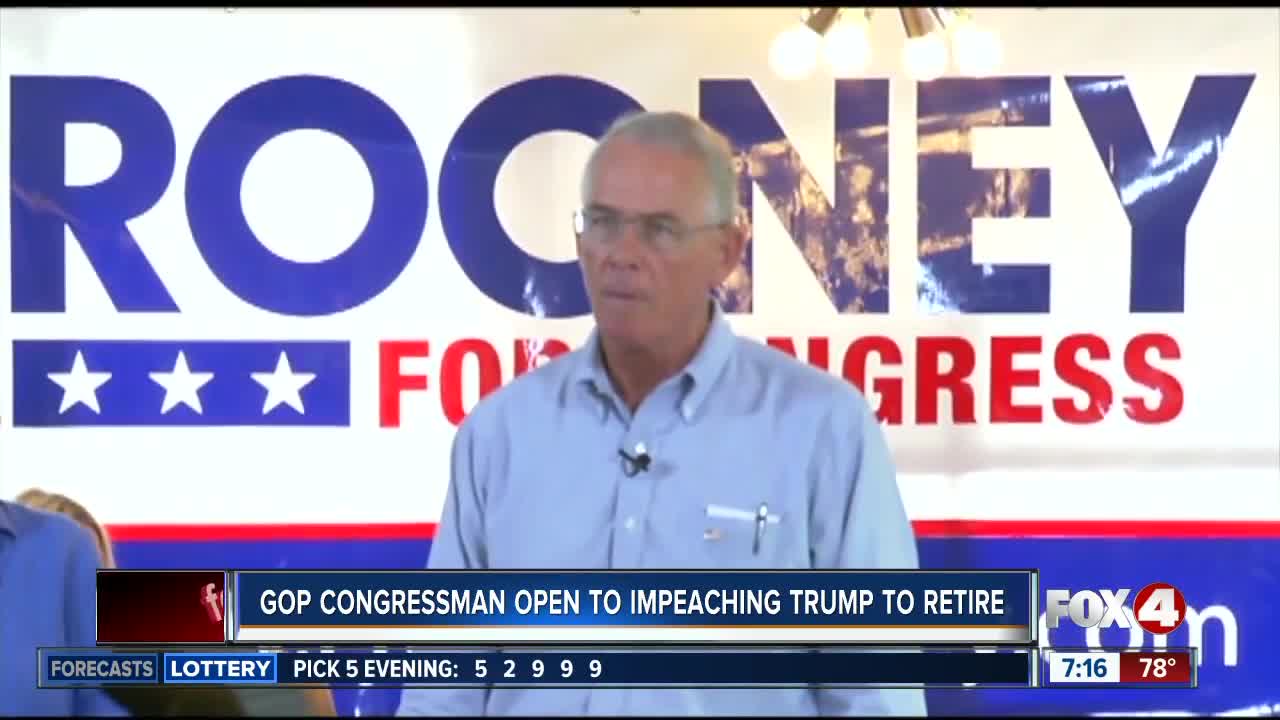 He made the announcement after suggesting he may be open to impeaching President Trump.

He made the announcement after suggesting he may be open to impeaching President Trump.

Rooney won his first election in 2016 and was re-elected in 2018. He said he initially thought his goals would take three terms, but he believes he's met them in less than two.

Rooney says he has not yet come to a conclusion on whether the President committed a crime that compels his removal from office.