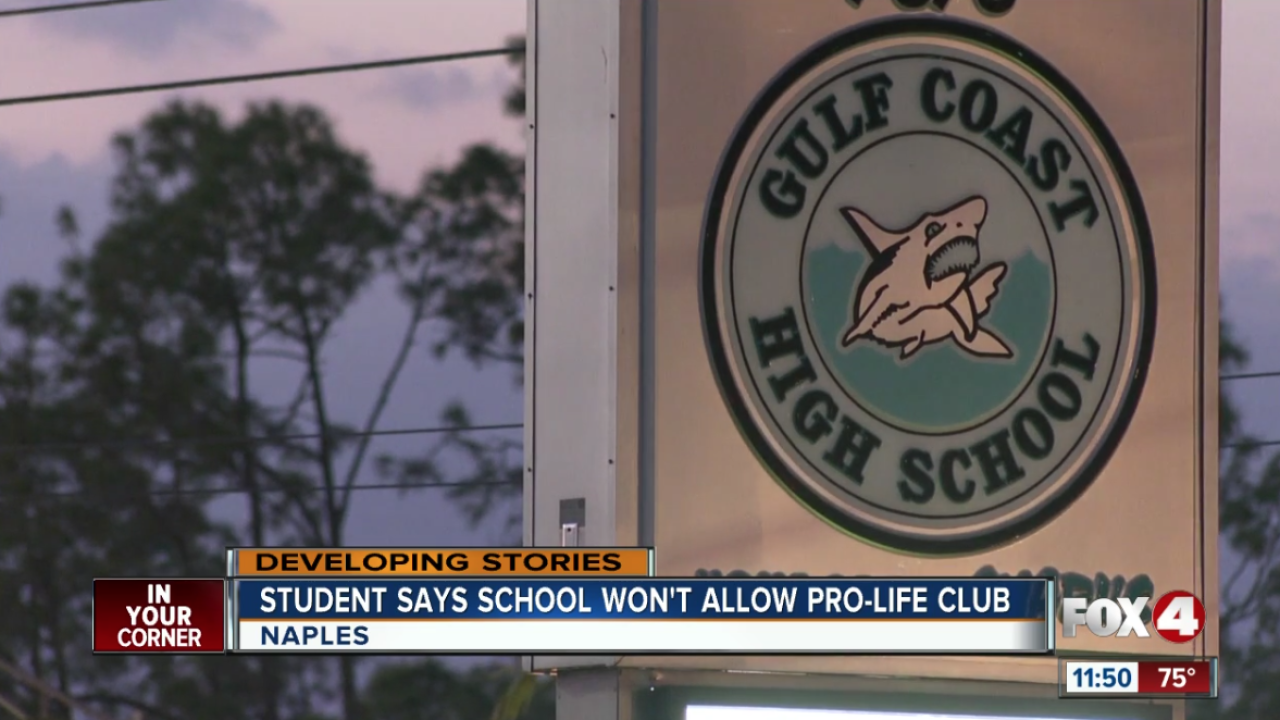 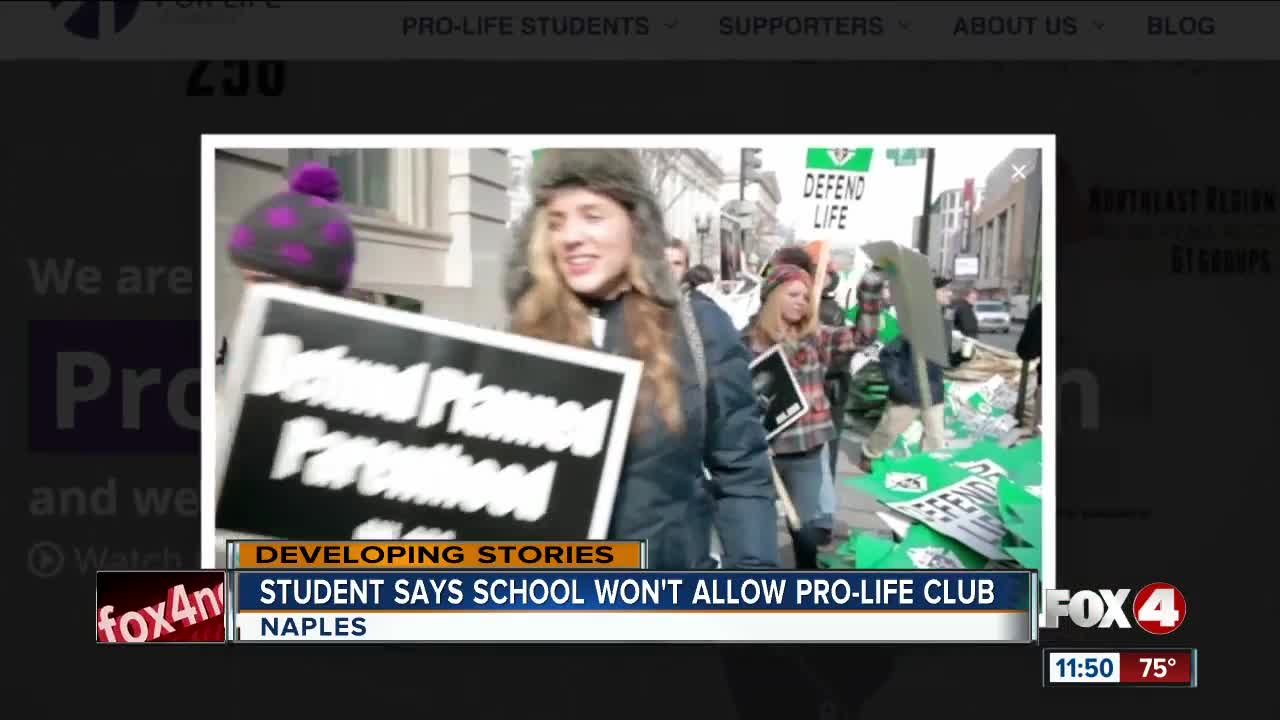 NAPLES, Fla -- A student at Gulf Coast High School said she tried starting a pro-life club at her school, but the school denied it.

The student’s attorney, Michael Ross said the school initially would not allow it because the club’s views were too controversial.

“The school has said that it’s too political and too controversial and you can’t do this,” said Michael Ross, Alliance Defending Freedom legal counsel.

On top of that, Ross said on September 4th, the assistant principal scared off two teachers from being advisors for the club.

“They actually ran off two advisors because they made it very clear,” said Ross. “If you are an advisor for this club, you can lose your job and you better watch out.”

Gabrielle Babbard, a senior at Gulf Coast High School, has been trying to start the group “Sharks 4 Life” for more than two months.

According to the school’s website, they have a published list of 78 clubs, some with religious, political and social interests.

“They have a ‘Gay-Straight Alliance Club’, they have a ‘Fellowship of Christian Athletes’. They have a club that is called, “Collier Students for Change” and they are a part of the Florida Democratic party,” said Ross.

But Ross said the pro-life club was denied simply for its views.

“This is a plain violation of the first amendment,” said Ross.

So, the Alliance Defending Freedom and Students For Life of America sent a letter to the school with three demands:

1) Grant the pro-life club the same access as every other school club.

2) Provide written assurance that teachers who sponsor a club, don’t lose their job for that reason.

3) Require the school to pass a resolution so no other student faces similar discrimination.

“Schools should be encouraging free speech and political expression from students,” said Ross.

In a statement, the Collier County School District said they are allowing the pro-life club at the school.

The district said, “Gulf Coast High School has been and is ready to open the club. The principal will be reaching out to students interested in forming the “Sharks 4 Life” club on Monday and finding a sponsoring faculty member.”