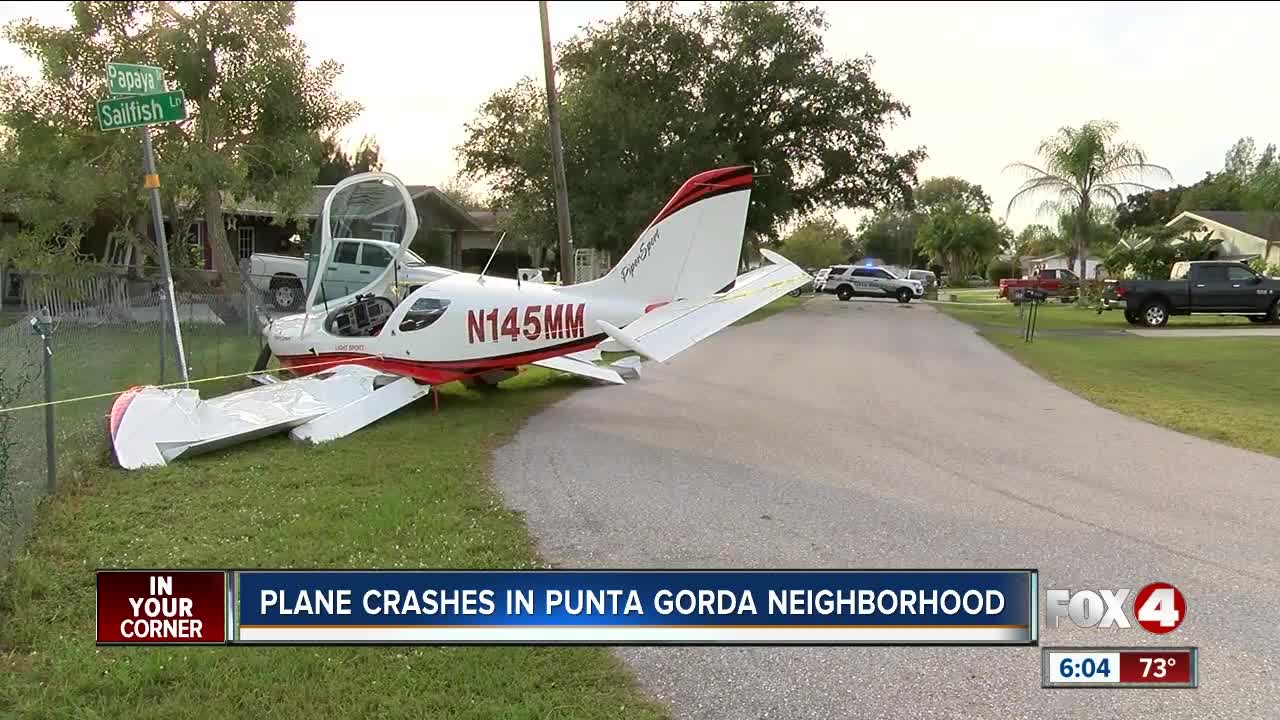 The pilot of a small plane walked away unscathed after crash landing in a Punta Gorda neighborhood around 2:30 Thursday.

PUNTA GORDA, Fla — The pilot of a small plane walked away unscathed after crash landing in a Punta Gorda neighborhood around 2:30 Thursday.

"I was walking toward my yard, and I heard what sounded like someone kicking over a garbage can," said Mary Ellen Race.

She say the plan clipped a tree, then come to rest at the corner of Papaya Drive and Sailfish Court. Race and her husband immediately checked on the pilot to see if he was OK.

"The pilot was still sitting in the plane, I went over and asked him are you hurt anywhere, do you have any chest pains, he said no I have great harnesses, I'm not hurt at all," said Ralph Race.

Race says the pilot told them the plane lost power and he tried to glide the aircraft into the Punta Gorda Airport, which is a mile from the neighborhood.

No one else was on the Piper Sport series plane, and no one on the ground was hurt.

An official with the FAA says there isn't not a voice recording device on the plane.