Person kicked out of store for having service dogs 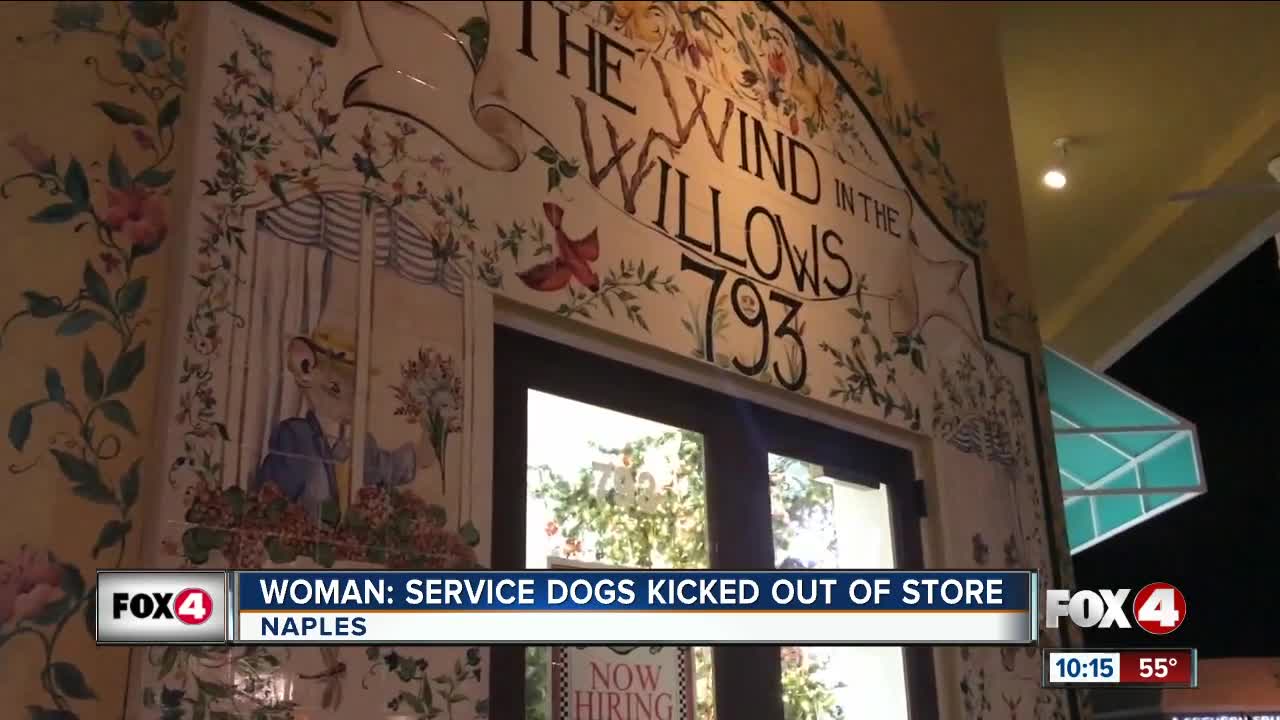 NAPLES, Fla. — Annette Mates has owned her two certified service dogs, Pumpkin and Frankie, for years. They help her with hearing loss and emotional support.

“I’m hard of hearing and I do have mild depression,” Mates said.

She brings the dogs with her everywhere. Yesterday, she was kicked out of Wind in the Willows, a store in downtown Naples for having the dogs in the store with her.

“The fact that she told me I had to leave the store, and they were my trained service dogs, I got very, very upset. There was a lot of people around — I was completely humiliated,” Mates said.

Employees at the store asked Mates to leave because the owner’s three cats in the store are allergic to dogs.

Annette says there were no signs indicating that cats were inside the store. “If they are going to have cats running around, it does need to be posted,” Mates said.

Martin says although a store owner cannot deny service to someone with a service animal, if the person with that service animal wants to file a claim against the owner, the owner can still fight for their rights. “The business owner will say “hey this is my right to have my store, and it’s my right to not have my property or my cats safety and health violated, and that’s something that will be hashed out in the courts,” Martin said.

Mates says she plans to file a claim with the American Disabilities Association and move forward with legal action.

The owner of the store did not want to be interviewed or go on record about the incident.

If you have problems associated with your service animal, you can call Disability Rights Florida at 1-800-342-0823.