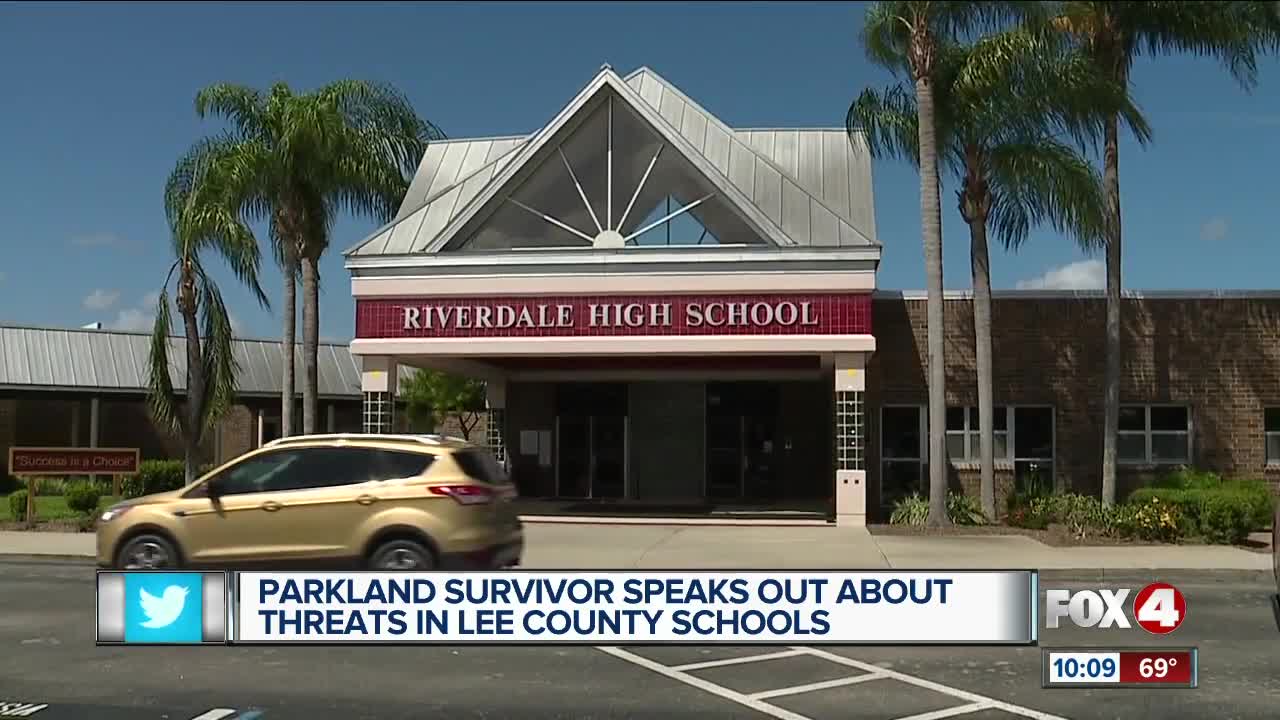 Three students in Lee County have been arrested in less than a week for writing threats to shoot people at school.

A student at Oak Hammock Middle School wrote “I’m going to shoot up the school.” The same message was written in a girls bathroom at North Fort Myers High. A student at Mariner High School wrote “Shoot up February 14th” That’s the one year anniversary of the mass shooting in Parkland, Fla. that killed 17 people.

Adam Buchwald survived that mass shooting at Marjory Stoneman Douglas High School. he said these threats should never be made. “Don’t waste your time making these threats because people like me actually lived through these horrible events,” he said. “That day was just horrific and full of grief and I could never relive that again.”

And now Lee County Sheriff’s deputies are looking for the student who made another threat at Riverdale High School on Tuesday, writing in a bathroom, “I’ll shoot all ______.”

Principal Scott Cook sent this message to parents. "I am disgusted that someone would write this and assure you we will discipline to the fullest extent of the student code of conduct."

And Lee County Sheriff Carmine Marceno iterated the same thing in a press conference this week. “My number one priority as sheriff is the safety and security of our children. If you threaten the lives of children and staff in Lee County, you will suffer real consequences,” he said.