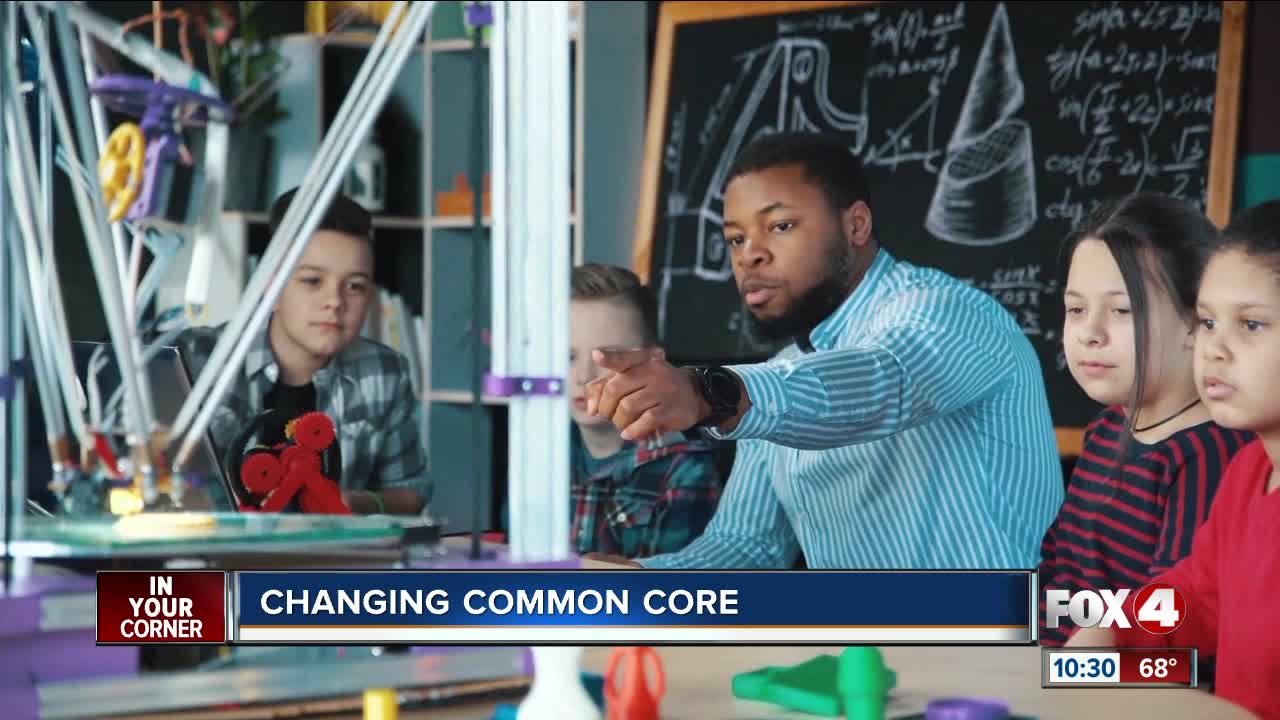 Parents and teachers share their opinions about Common Core standards

CAPE CORAL, Fla. — At a news conference on Thursday, Governor DeSantis announced an executive order that would eliminate the Common Core standards in Florida.

The standards highlight what K-12 students should know and be able to do at the end of each grade level.

During the announcement, DeSantis said they were changing the standards because parents and teachers weren’t being listened to.

Kevin Daly, President of the Teachers Association-Lee County, says teachers should be a part of the conversation.

“I think it’s important to have us at the table as experts of child development. And experts in the curriculum that’s going to be taught my members not only in Lee County but all across the state,” Daly said.

Some of the Common Core standards require teachers to teach problem solving in new ways that are based on research.

Shannon Hazlett, says the new techniques confuse her and her daughter.

“I just think it’s too hard for the kids to understand and the parents can’t help the kids because we were all taught a different way,” Hazlett said.

Hazlett says she fully supports a new set of standards, but wants to be a part of the conversation.

“A third grade student in Lee County should be learning the same thing that any other third grader is learning in the state,” Daly said.

Daly says bringing in teachers will have expert opinions on what the standards should like.