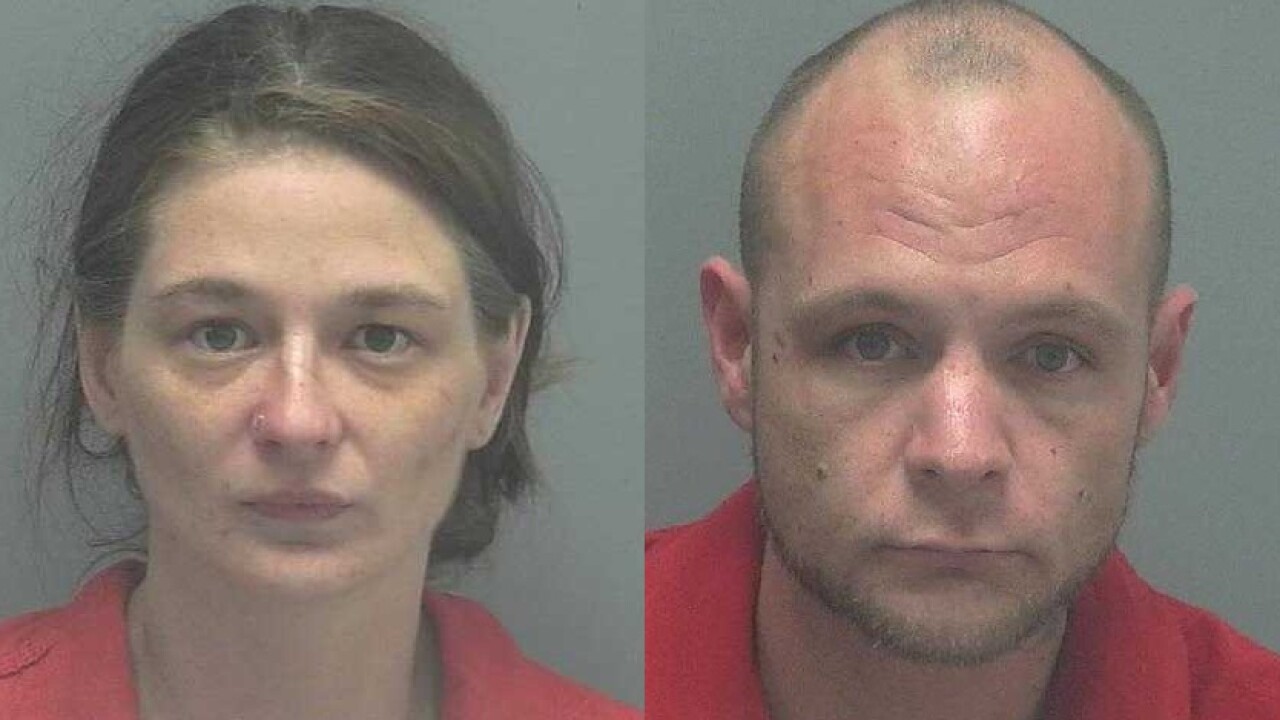 FORT MYERS, Fla. -- An investigation into a motorcycle reported stolen in downtown Fort Myers over the weekend has led to the arrest of two people.

On Saturday, Fort Myers Police received a report of a 2011 Yamaha motorcycle being stolen from a parking spot. A review of camera footage from the area showed a man and a woman loading the motorcycle into a van and driving away.

Detectives traced the van to a residence in the Pinewood South condos, where the complex's cameras showed the same van arrive and have a motorcycle unloaded.

Officers served a search warrant at the residence and recovered the motorcycle.