Officers grow goatees for a good cause in Punta Gorda 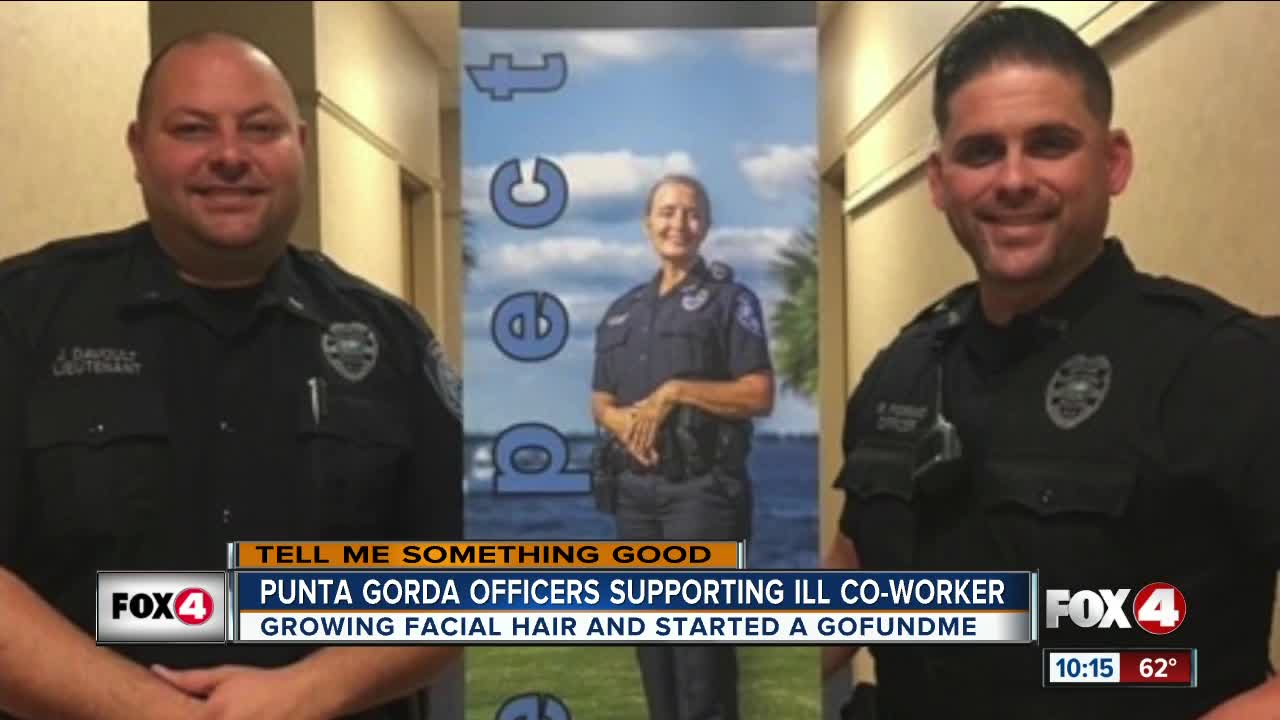 Catherine Stewart, an officer at the Punta Gorda Police Department, was diagnosed with cancer last year. Officers came together to raise money for Catherine and her family.

PUNTA GORDA, Fla. — Police officers in Punta Gorda are growing out goatees to support one officer who has fallen sick to cancer.

Catherine Stewart, an officer at the Punta Gorda Police Department, was diagnosed with Multiple Myeloma, a rare form of cancer that attacks the bone marrow and plasma cells.

After hearing the news, fellow police officers wanted to help. They decided to grow goatees and in order for one to participate, contribute to a fund that would donate money to Stewart’s medical expenses.

They posted about this on Facebook, which caught immediate attention from the community. Many sent messages about how they could donate to her cause.

So they created a community GoFundMe page specifically for Stewart and have raised over $8,000.

Stewart says she is overwhelmed by the support from her community.

“Just the beautiful, kind words people are posting about me it’s not expected. And I’m very thankful,” Stewart said.

She has worked for Charlotte County for 30 years and has never felt so supported.

“They have called on me, they have checked on me, I am so proud to be part of this organization," Stewart said.