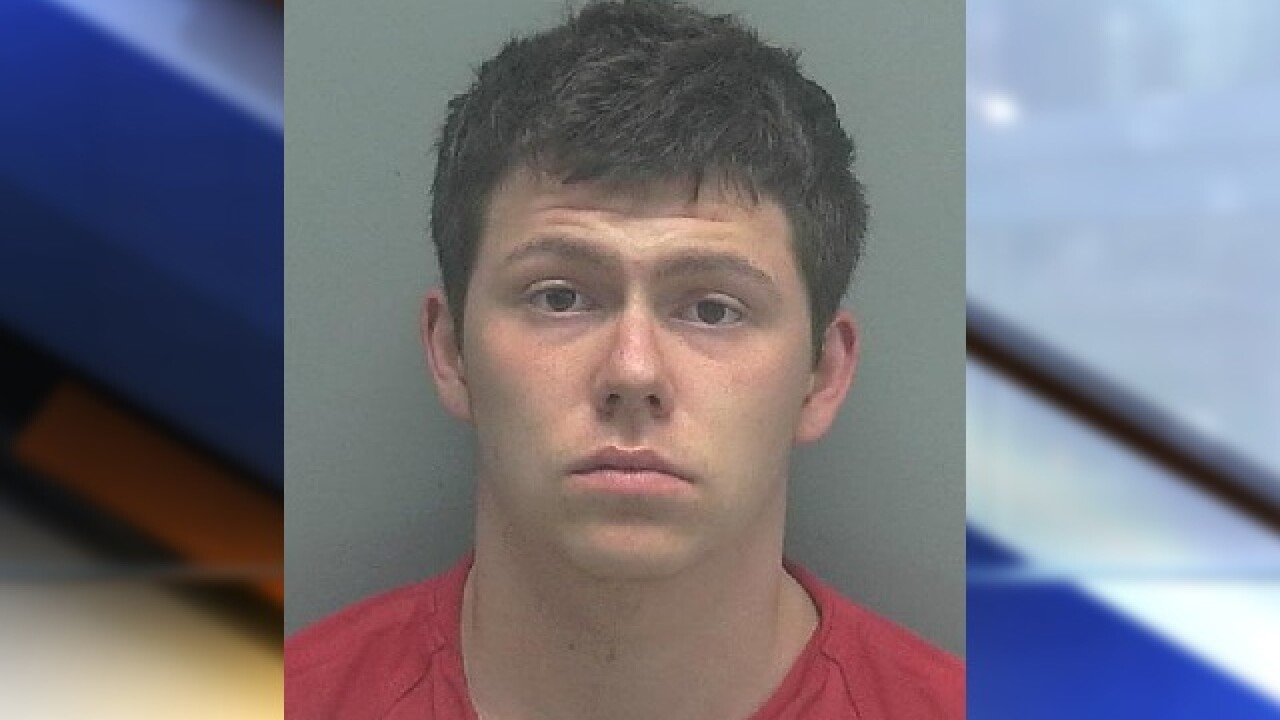 CAPE CORAL, Fla. -- One man is in custody and another is still on the run after police say they were seen dumping a stolen vehicle in northwest Cape Coral.

According to a Cape Coral Police report, an officer in a marked patrol vehicle was at the 7-Eleven store on Burnt Store Road North early Wednesday morning and saw two men park a silver SUV behind the store and go inside.

The officer watched as the men exited the store, retrieved backpacks from the SUV, then walked away on foot.

When the officer approached the men, they fled through an empty field. The officer was able to catch the man who was driving the SUV, but the other man escaped.

The SUV had not been reported stolen, so an officer went to the home of the SUV's owner, who did not realize it had been stolen that night.

Police say the vehicle had been left unlocked with the keys inside.

22-year-old Dylan Espinoza was charged with Motor Vehicle Theft and Resisting Arrest Without Violence, and booked into the Lee County Jail.

Officers are still looking for the other suspect as the investigation continues.