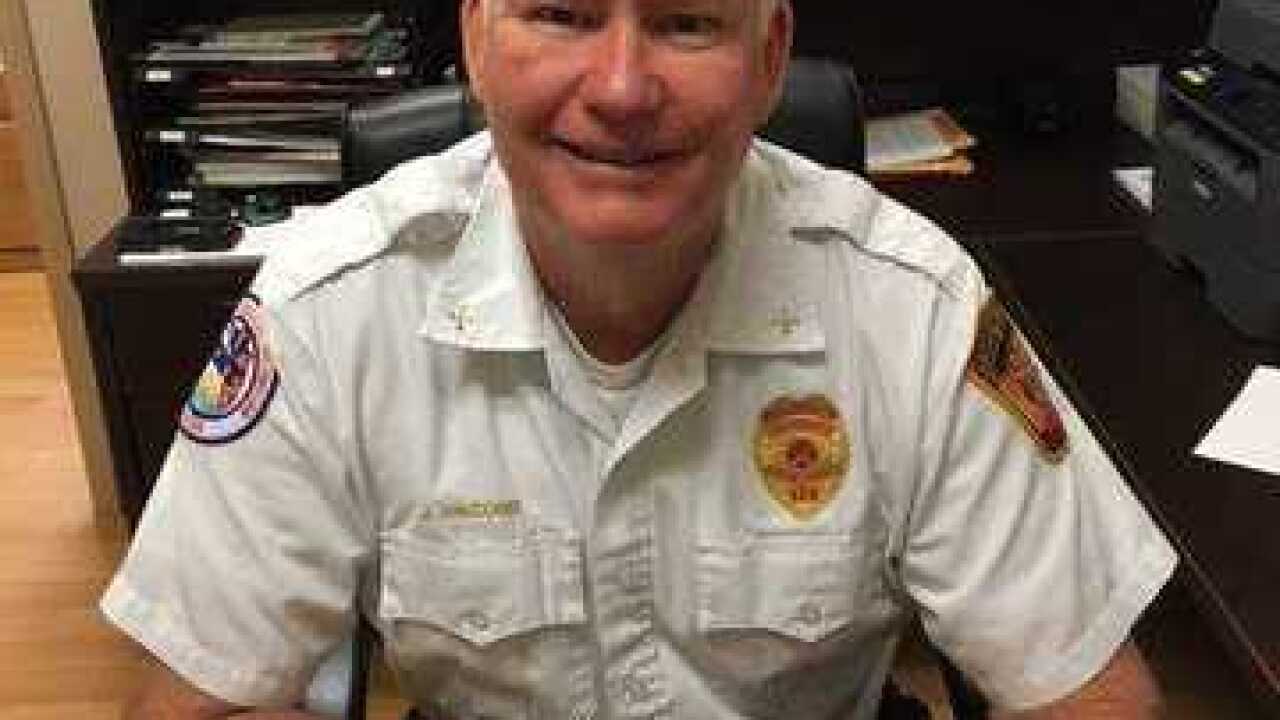 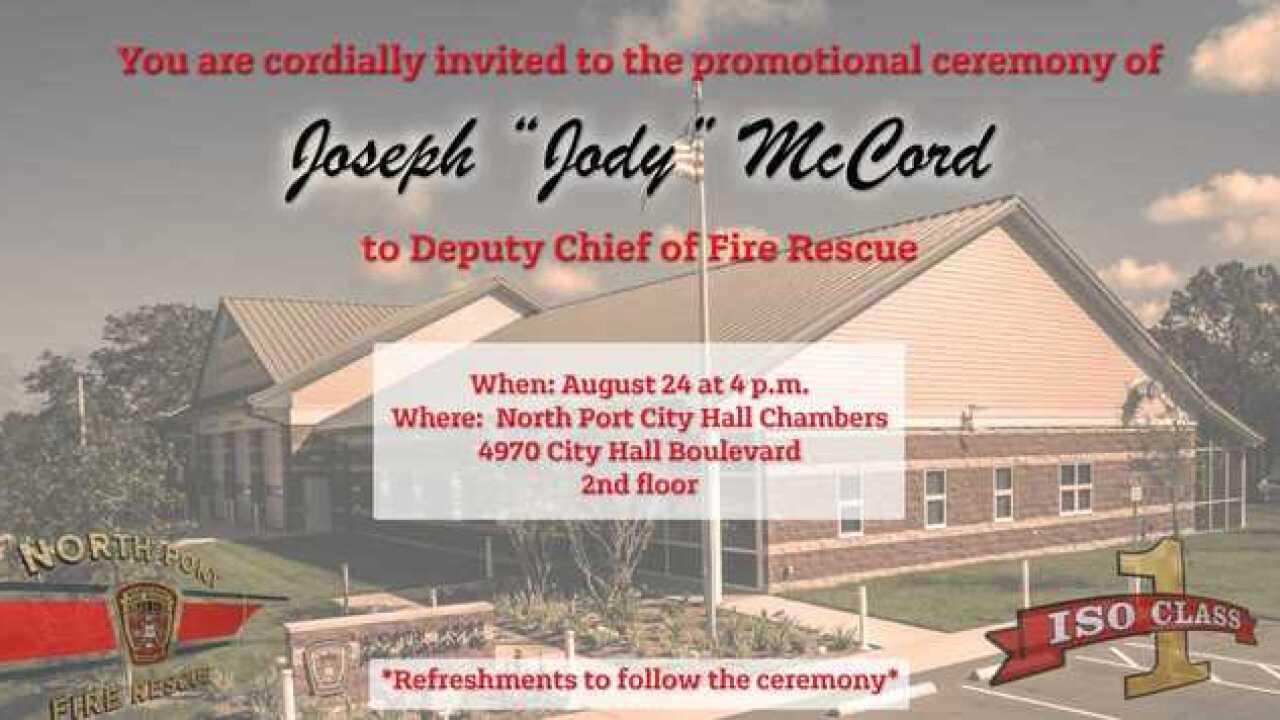 NORTH PORT, Fla. --- North Port Fire Rescue names one of its own as its new Deputy Fire Chief.

Joseph (Jody) McCord, who's been serving as interim chief, was promoted to the departments Deputy Fire Chief on Friday.

"Deputy Chief McCord has served the City of North Port for 25 years and has worked his way through the ranks," said Scott Titus, a chief with the North Port Fire Rescue. "Gaining the respect and support of his supervisors, peers, and subordinates."

A swearing-in ceremony will be held in Deputy Chief McCord: