No charges in first suspicious incident in Port Charlotte park 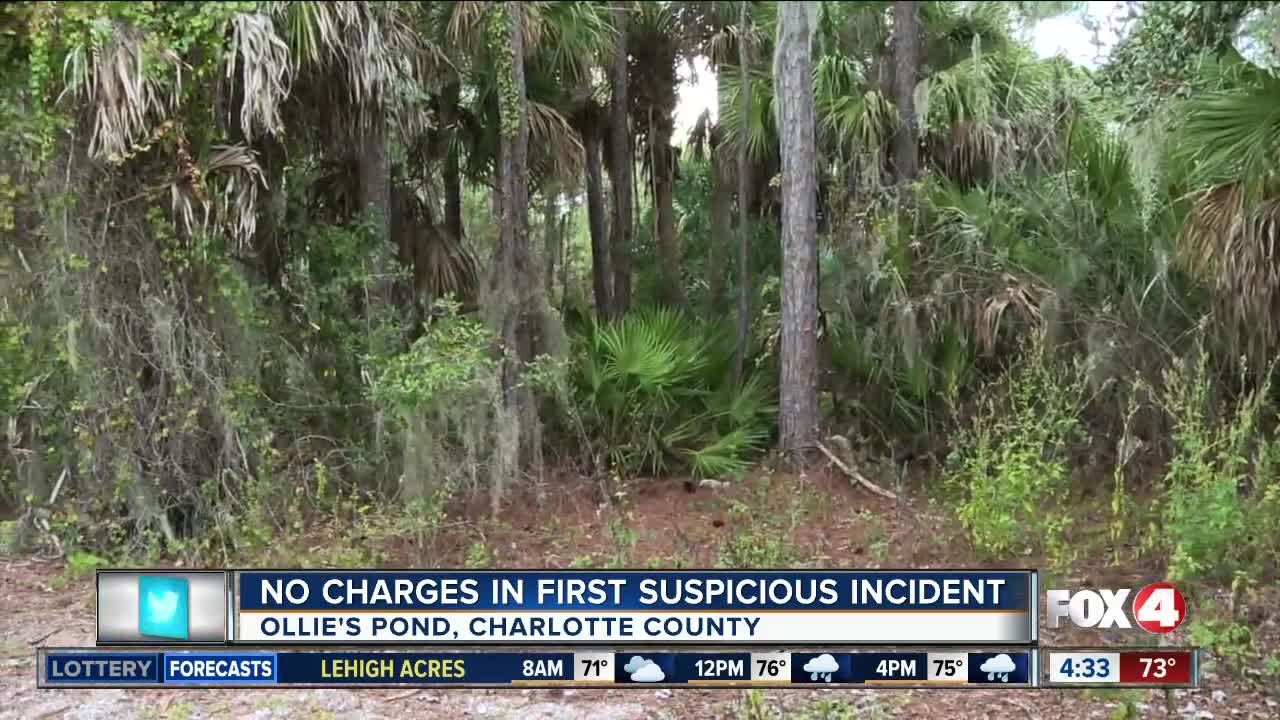 They describe it as a suspicious encounter, but say it was not criminal.

PORT CHARLOTTE, Fla. -- We have new details on a story we have been following closely in Charlotte County. Deputies say they've identified a suspect involved in what was initially thought to be an attack at Ollie's Pond Park, but he is not facing charges.

Deputies say while they were investigating an attack in the area last Thursday, they were alerted about this other incident two-to-three weeks prior. They say the man in that case will not be charged, and that case was not an attack.

They describe it as a suspicious encounter, but say it was not criminal.

Investigators are still searching for the suspect who attacked a woman while she was jogging in the park last week.