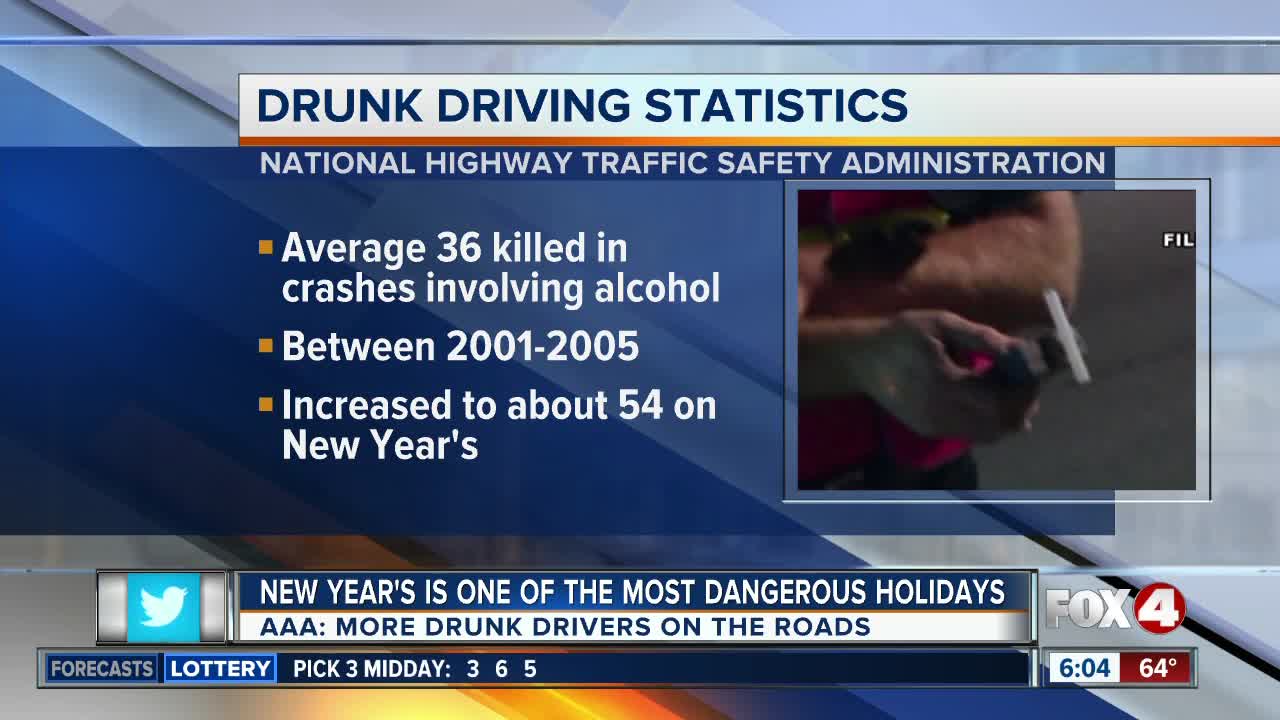 FORT MYERS, Fla. --Thousands of people will be going out to parties and bars to celebrate the New Year.

As you enjoy the last day of 2018, make sure you’re being safe because triple a says this is one of the most dangerous holidays of the year.

According to AAA, the odds of you getting in a car accident tonight on New Year’s Eve skyrockets because there are more drunk drivers on the road.

Across the country, 36 people on average were killed every day in crashes involving alcohol between 2001 and 2005.

According to the National Highway Traffic Safety Administration, on New Year’s Day alone, that number went up an average of 54.

During the holidays, more drivers are alcohol impaired because so many people are going to holiday parties.

DUI arrests are peak between Thanksgiving and New Year’s Day.

Between Christmas and New Year’s, 40% of deadly crashes involve drunk drivers, according to the National Institute of Alcohol Abuse and Alcoholism.

AAA said more pedestrians are killed on New Year’s Day than any other day of the year.

If you’re walking around to get to another party or bar, just be aware of your surroundings.

AAA is sharing ways to get help you home safe. They say plan to have a designated driver before heading out for to celebrate. If you don't have one, call a ride-sharing service like Lyft or Uber or call a taxi.

Florida Highway Patrol said if you see a suspected impaired driver on the road, call 911. Their goal is to make sure there are no DUI related deaths on New Year’s

They said more law enforcement on the roads actively looking for impaired drivers.