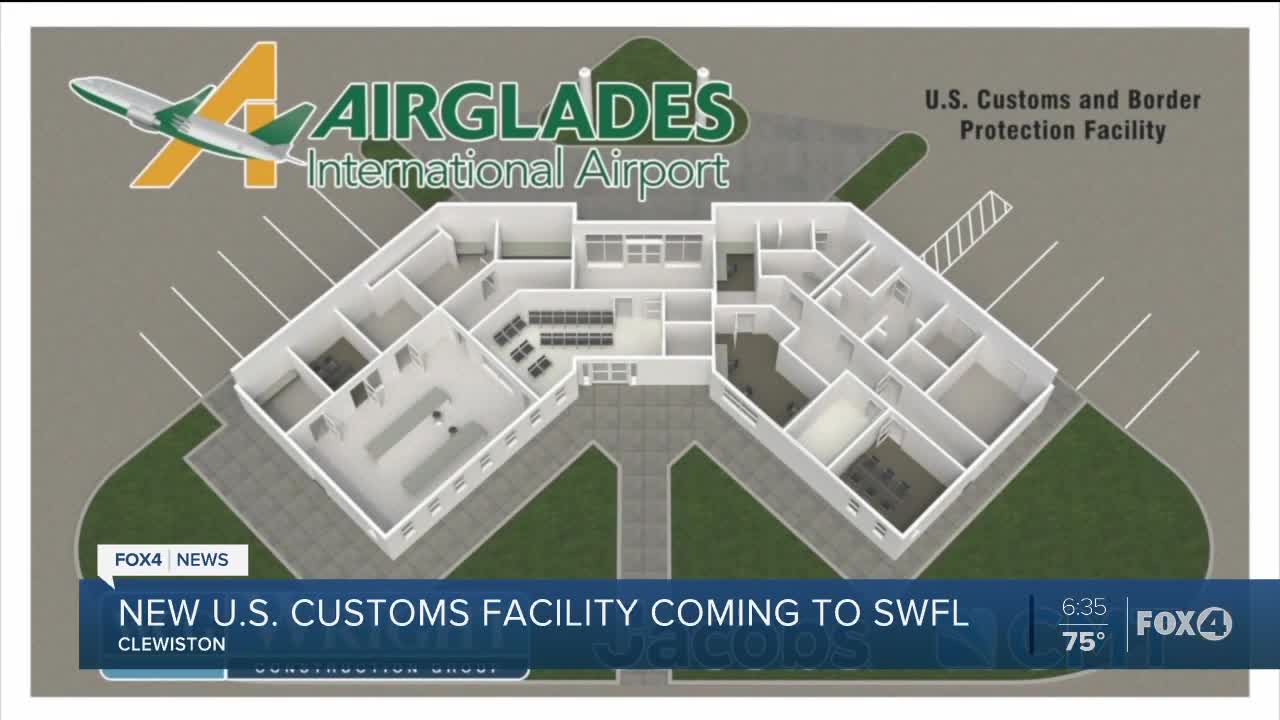 Airglades International Airport (AIA) broke ground on a new U.S. Customs and Border Protection facility Monday. The facility will serve as an official port of entry to the United States. 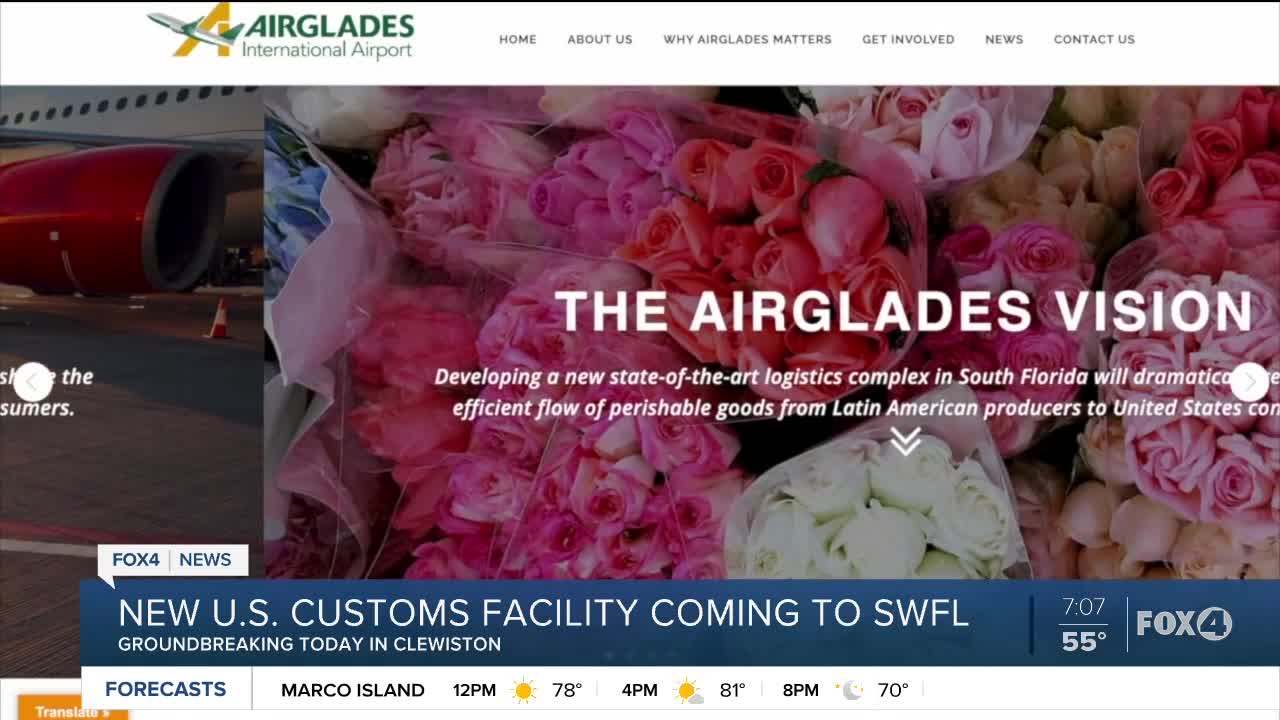 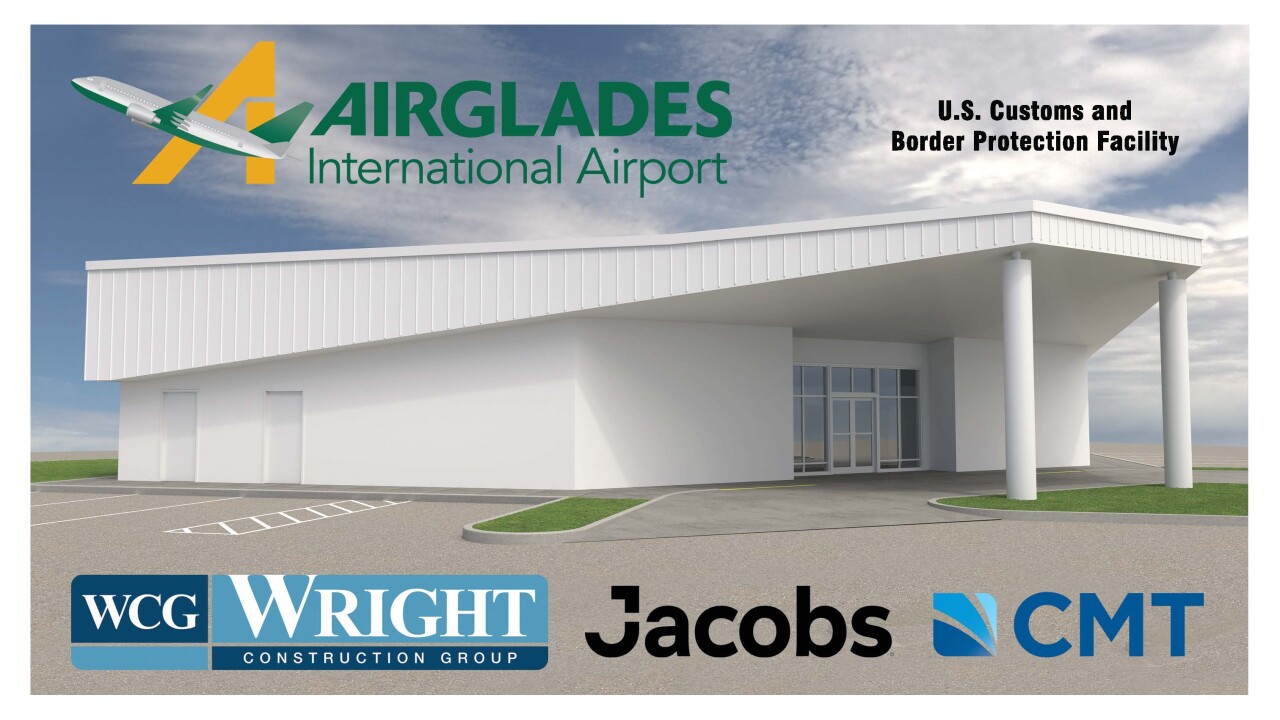 CLEWISTON, Fla –Airglades International Airport (AIA) broke ground on a new U.S. Customs and Border Protection facility Monday. The facility will serve as an official port of entry to the United States.

This will have a significant economic impact on Hendry County and beyond, specifically as it relates to the perishable goods market and cargo imported from and exported to Latin America.

The facility will serve as a reliever airport for Miami International Airport, which according AIA President Frederick C. Ford, will fill a need that dates back to 1960.

“Globally Miami is a key airport. This is the only airport in the world that handles perishable product volumes of about 1.4 billion pounds of fresh products. Which means speed, touching, shelf life, all of these factors, temperature, humidity… it’s a very sensitive business,” said Ford.

He added that because the airport is ideally situated along Highway 27 and about 85 miles north of Miami, the one-stop cargo hub located in Clewiston will amount to significant savings in transportation costs and time.

“By moving those perishable freighters here, it makes the trip to 100% of the customers throughout the United States who receive these products, they just get 100 miles closer,” he said. “And those trucks come back and it’s 100 miles back to here. So that takes 200 miles off each roundtrip truck trip, and it gets those thousands of trucks off the streets of downtown Miami,” he added.

“Fresh fish, for example, has a very short shelf life of three or four days. So if you can get that product to the ultimate retail location, say New York or Chicago, you’re increasing that product’s shelf life by a third,” said Ford.

The project, thus far, has been privately funded.

Between construction and operations once the facility is up and running, the project will create thousands of jobs in Hendry County.