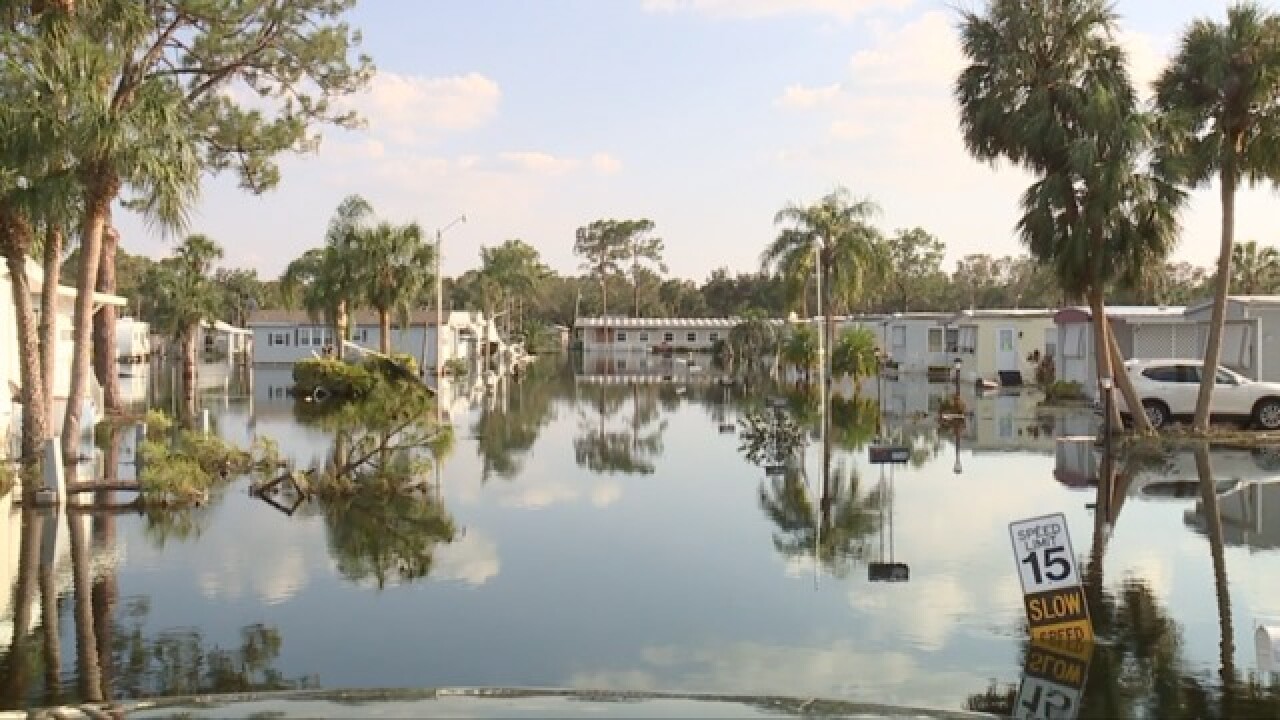 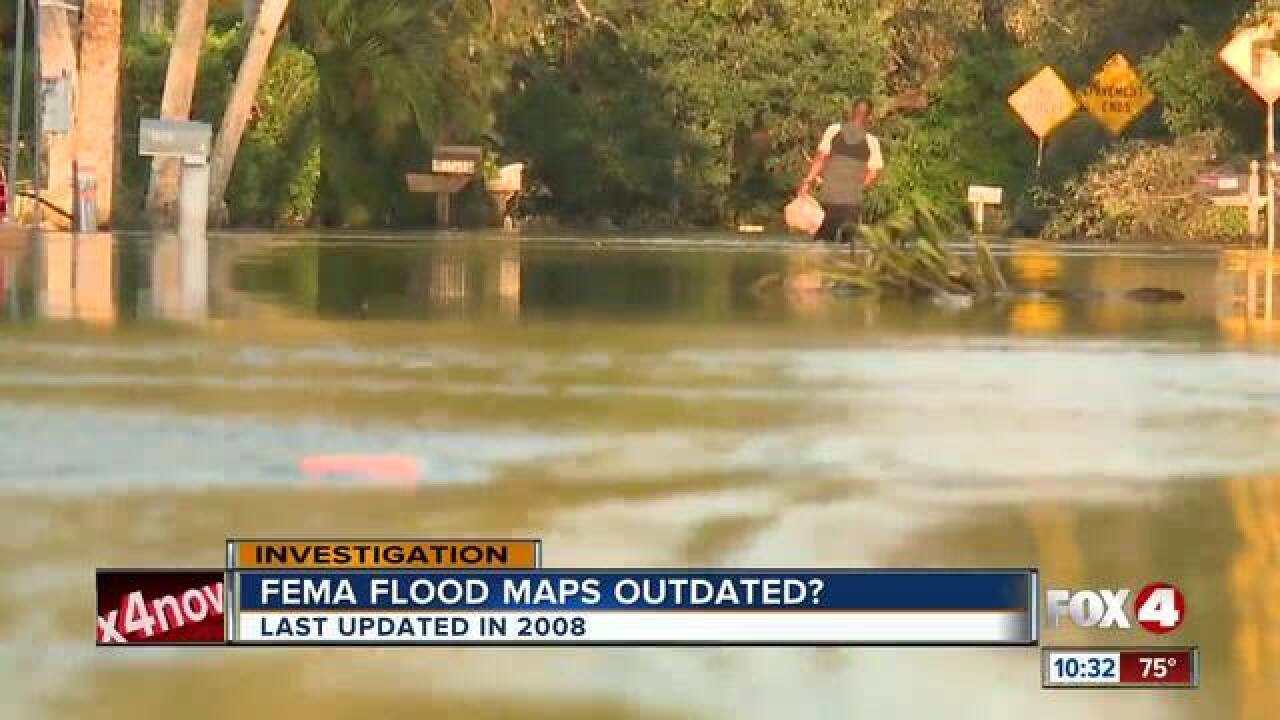 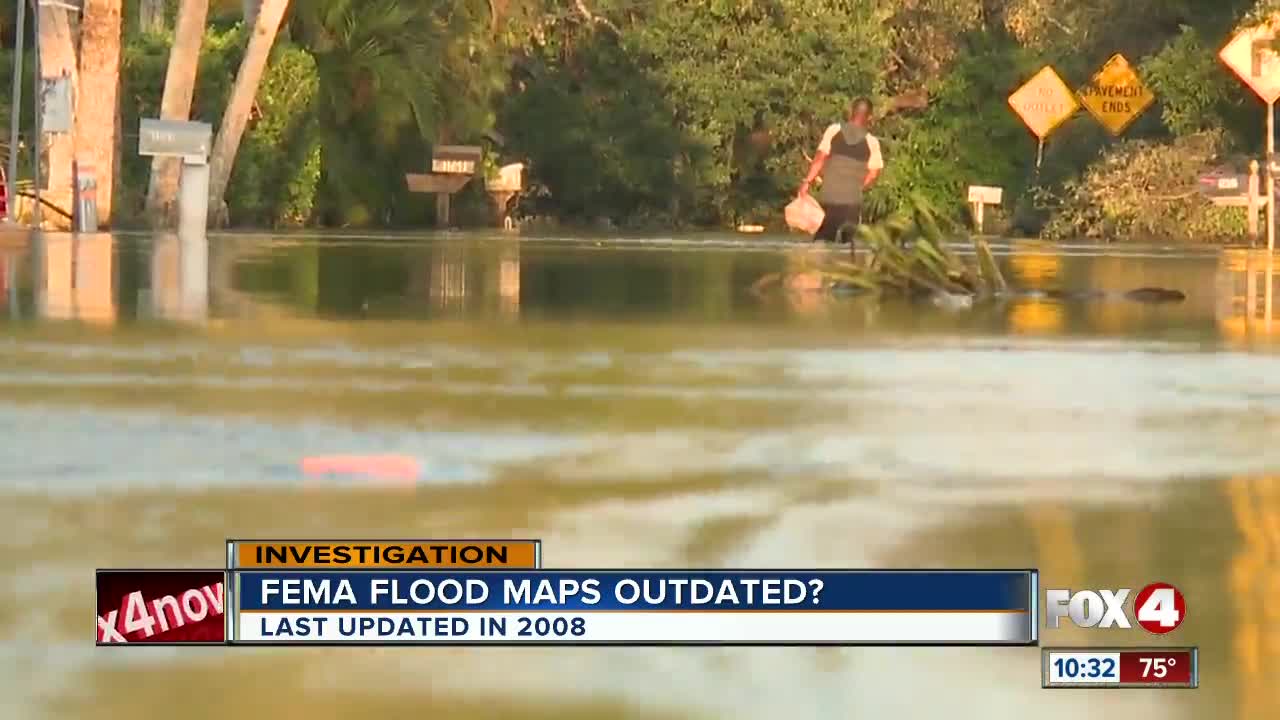 LEE COUNTY, Fla., - Your chances of being in a major flood is now much greater than before.

That’s according to a new study.

“When we tally up the numbers, we found more than 41 million people are probably at risk in the 100 year flood plain. Previous estimates were around a third of that, less than 13 million,” said Dr. Kris Johnson, a scientist with The Nature Conservancy. Johnson adds the risk to property is now more than double.

Why the higher risk?

“We just haven’t done a good job of managing rivers in a holistic way,” Johnson said citing for the most part, actions by officials are taken after a flood, not before.

Rodney Malone knows what its like to experience a flood. He lives on a floodplain in Bonita Springs where he says 22 inches of water went into his home after Hurricane Irma.

“My wife, she just broke out into tears. It was sad to see all your stuff floating in the living room,” Malone said.

The intense flooding occurred as the nearby Imperial River reached more than 6 feet above normal levels. The estimated damage to his home, more than $200,000.

And even with flood insurance, Malone says it was a ‘logistical nightmare at times’.

Experts say just one inch of water entering into your home can cause more than $25,000 worth of damage. Nationwide, flooding continues to be one of the costliest natural disasters, causing on average 8 billion dollars in damage a year.

Properties built on 100 year floodplains, where experts say in any given year you have a 1% chance of seeing a flood.

Johnson estimates $714 billion dollars worth of assets are sitting on Florida floodplains currently. Their fate hinges on Mother Nature.

Researches found FEMA flood maps, which many people use to  determine whether they need to buy flood insurance, may be critical outdated. Maps on the FEMA website were last updated in 2008.

Johnson and others says with newer, high resolution modeling, they’ve determined more people may be living on a floodplain and not even know it.

Their maps show a more widespread flood risk across Lee and Collier County than FEMA maps.

Their maps, like FEMA maps, don’t take into account other hazards such as coastal flooding, storm surge and sea level rise. All of which Johnson says needs to be considered in future urban development planning.

“Without better planning, in 80 years there could be twice as many people at risk of flooding, a lot more property, a lot more assets in harms way.”

A FEMA administrator telling Congress in 2016, there’s nothing wrong with their mapping program saying it still ‘produces technically credible flood hazard data’. A spokesperson tells 4 In Your Corner, ‘We continue to explore ways to improve our mapping products.’

Meanwhile updates to the map by Lee County over the years have expanded flood zones in Bonita Springs and other communities vulnerable to flooding.

And even if your home is not specifically on a floodplain, Johnson says you’re likely still at risk.

And so are a growing number of people flocking to Florida. Johnson says it’s up to local officials to make sure floodplains are protected.

“One of the cheapest things we can do is not build there in the first place.”

New building codes which went into effect January 1st now require all new residential and commercial structures in Florida to be built on foot higher than base flood elevation to mitigate the risk.

4 In Your Corner asked Lee County officials what steps its taking to address the concerns of Malone and others who live in older construction homes. A spokesperson says its taken steps to remove known waterway impediments, make quick fixes to improve storm flow in the short term and is now entering phase 3 of its long term recovery, where it plans to explore measures to reduce the impact of future floods.

“Every time it rains, maybe it’s PTSD or something but if I see an inch of rain, I’m already thinking about where we’re going,” Malone said. Afraid of a repeat of last year’s flooding, he’s decided he will move from the Bonita floodplain he currently lives on.

For more information on how to protect your home from a flood, click here.