New plan could tear down City of Palms Park 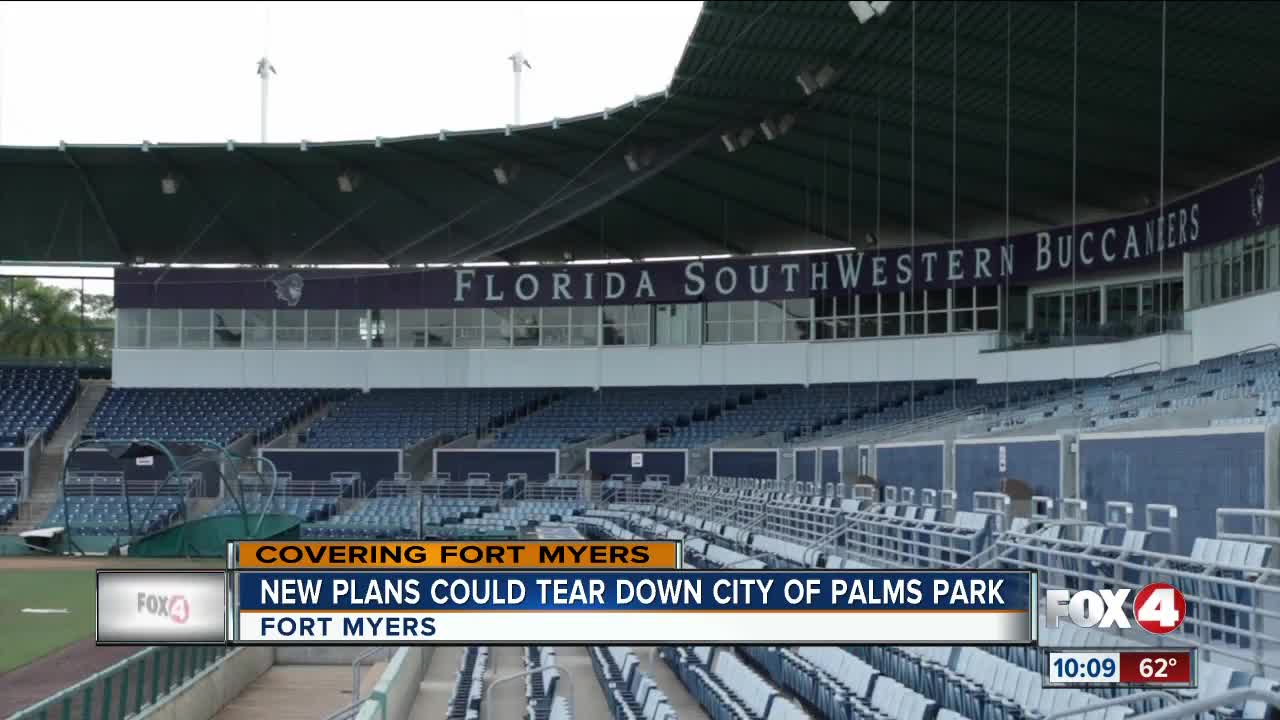 The City of Fort Myers City Council approved a plan to redevelop parts of midtown on Monday.

The Midtown Vision Plan will redevelop the area from Cleveland Avenue to Evans Avenue, and Martin Luther King Jr. Boulevard to Edison Avenue.

Almost the entire area could be up for reconstruction, including the City of Palms Park, which is currently being used as a stadium for Florida Southwestern University’s softball and baseball teams.

The area could bring in more businesses, residential and commercial areas, as well as a new park.

“I think the space could be better used for something else, like for city growth and housing,” said Jack Snow, Fort Myers resident.

Both could be more cost effective. The county spends around $500,000 annually on maintaining the City of Palms Park and makes only $32,000 a year in revenue.

The City of Fort Myers also still owes $3.8 million on the stadium.

New developments could be a step in the right direction.

Roger Villemarette is not a Fort Myers resident, but has visited the area for 32 years. He says the biggest change he’s noticed in the area is the growing development of downtown Fort Myers.

“I think it would be a very positive thing that would increase the momentum of bringing folks back to this area along the river, so there’s so much potential,” said Villemarette.