Molly's Marine Service is getting sued for noise 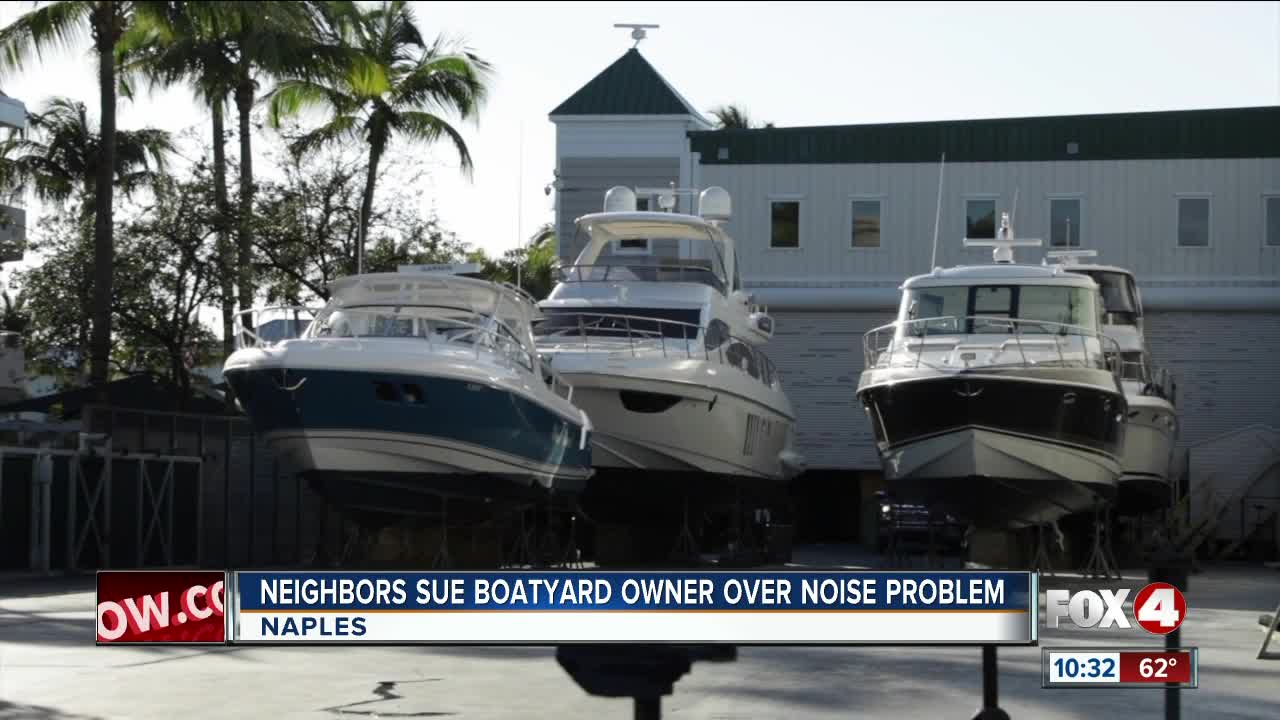 NAPLES, Florida — A regular working marina is bound to have a lot of noise.

That’s what triggered a lawsuit between Molly Strassel, owner of Molly’s Marine Service, and her neighbors.
“It is very stressful and disheartening. I’ve put a lot of time and effort into this community,” Strassel said.

Residents at the Naples Boat Club Condominiums complained of noise to the City of Naples, but the city crews said the noises were okay.

“They ran noise checks, noise variances, there was no problem. So they decided to go with a civil action,” Strassel said.

The lawsuit says the owners purchased their homes with the expectation that the boat maintenance and service would be done inside, not outside.

“But I’m a nuisance. They can’t say I’m not following ordinances because they’ve been told by the city that I am,” Strassel said.

One resident said a problem they had was with the noise from the power washers, comparing it to the sound of a jet engine.

“Everyone knew when they purchased that they were buying into a boatyard,” Strassel said.

Her supporters agree. Dennis Pellicci is a retail agent for Formula Boats and visits Molly’s Marine Service often for work on the boats he purchases.

“Molly’s is sort of the hub for all this activity and gives us a place to have the boats hauled, worked on… that sort of thing,” Pellicci said.

If Molly’s closes, Pellicci said he’d have to move his business elsewhere. He compares the impact on boaters to what diners might feel like if they lost the places they go to.

“It makes it a place like — how about if you wanted to go out to eat and there’s no restaurants in Naples?” Pellicci said.

Pellicci is one of many supporters for Molly’s Marine Service. A petition on their Facebook page has over 1,100 signatures showing their support for her boatyard.

Molly says it’s a sign of just how many people and businesses could feel an impact if the lawsuit is successful.

“There’s going to be hundreds of people affected,” Strassel said.