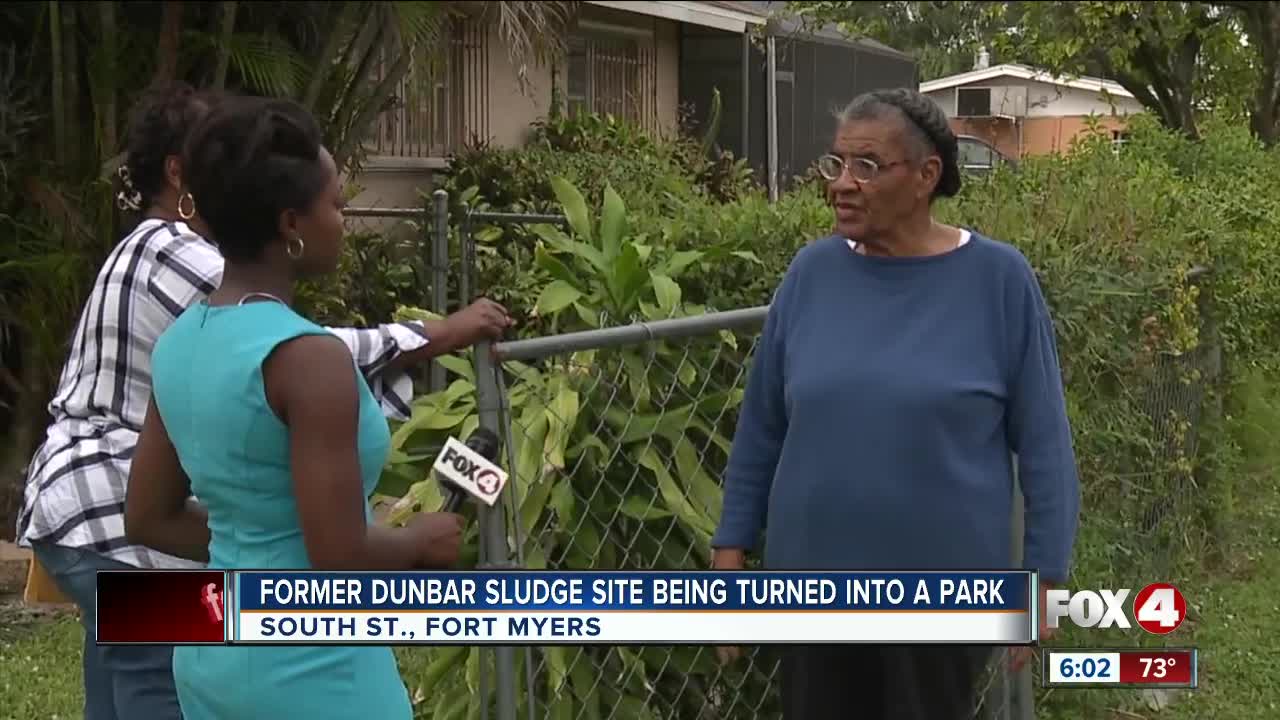 Neighbors react to new park in the Dunbar community

After years of community complaints and millions spent to remove the sludge - now, we're getting our first look at the park that could take its place.

Fox 4 spoke to neighbors about the proposed design and whether they now feel the area is safe.

Neighbors here in Dunbar seem to have mixed reviews when it comes to the plans to build a park in their neighborhood.

For years, we've covered the community complaints about this site.

People living nearby told fox 4 they believed toxins in the sludge was causing illnesses, some even blamed it for cancers.

The city eventually pumped the sludge out and sent it for treatment and disposal in Polk county.

Now that the waste is gone, the city hopes a new park will bring some light and positivity into the area.

“Its finally getting something done to it, its about time, ” said Jordan Brown.

Some are excited about the new addition, and others are less enthusiastic about the crowds it may bring

Milton Johnson, a local mechanic, has a little apprehension about possible parking issues, but ultimately said the park will be a great way to bring the community together.

“They will come out here, we’re all sitting out there, and get to talking. You’d be surprised who you know” Milton Johnson

Neighbor Mary Isaac and others in the neighborhood are convinced the new park will bring new problems.

She worries about the need for parking spaces and says that there will have to be more police patrols because the park may bring in the wrong crowds.

“We going to have shootings out there, we’re going to have all kinds of people that are sitting on the benches, the kids will be mixed with the drug dealers, that’s just the way it goes,” says Isaac.

We reached out to the city manager to find out exactly when construction plans are expected to commence, but we have yet to receive a response.

Until then, we’ll have to follow this to see how the city responses to concerns from people right here in the community.