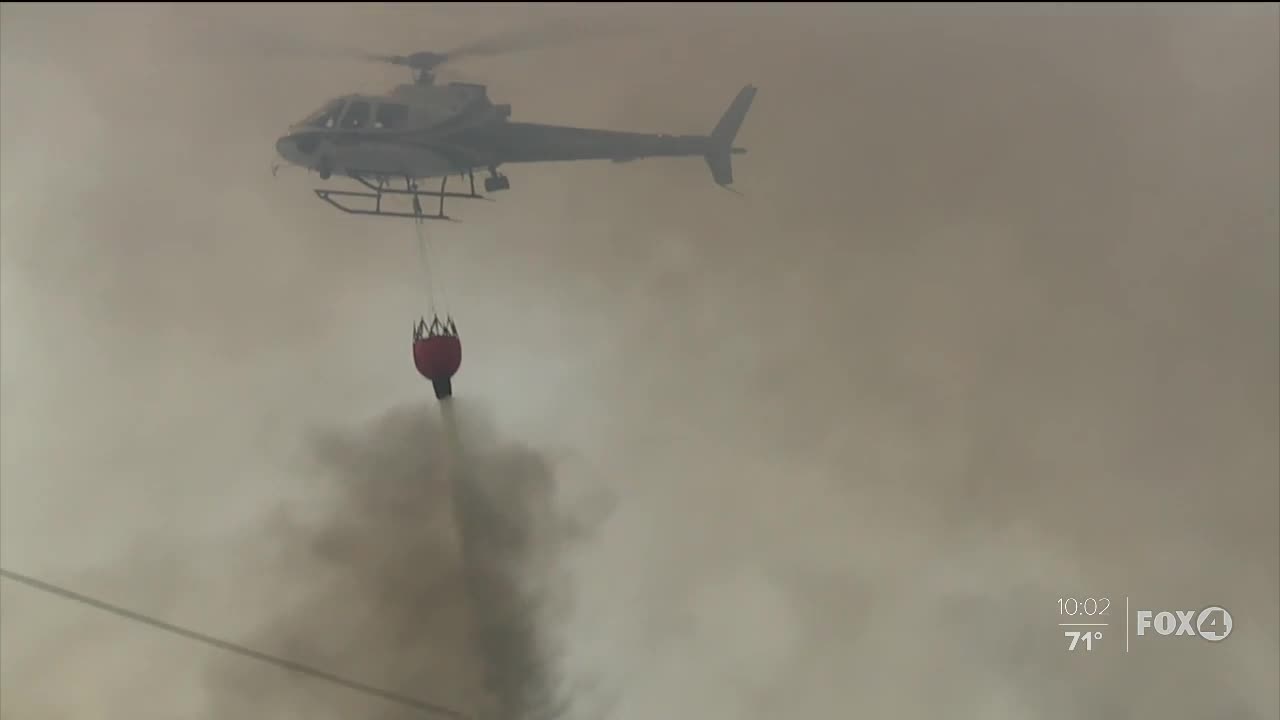 CHARLOTTE COUNTY — Just after 11 am Monday, a wildfire broke out in Charlotte County, forcing 40 families to evacuate their homes.

"They thought our house was burning down, so I was quite hysterical," said neighbor Debbie Baker.

"I mean your kind of at the mercy of nature," said neighbor Nicole Christen-Husz.

Firefighters and other first responders worked tirelessly to contain the flames as they spread throughout the Placida Sands community.

"The first part of this fire everybody was chasing it basically trying to stop it," said Patrick Mahoney of the Florida Forest Service.

Nearly 7 hours later, families were given the all-clear to enter back into the community and assess the damage.

Fox 4 spoke to a family whose home was just feet away from the path of the fire.

"I was thinking my house was burning down," said Debbie Baker.

"Smoke kept blowing this way, and all of a sudden, the wind blew the other way," said neighbor Louis Baker.

Charlotte County Fire and EMS say no homes caught fire, but some may have suffered heat damage.

"What an awesome job the fire crews did and how hard they worked to save everything they did save," said Debbie Baker.

She says in the midst of today's chaos, her family was all that truly mattered.

"What's important to me is a lot, but my family, they were here in minutes," said Debbie Baker.

The Charlotte County Fire and EMS say they will be working throughout the night, putting out hot spots.

They will also have crews checking the area periodically for a couple of days.