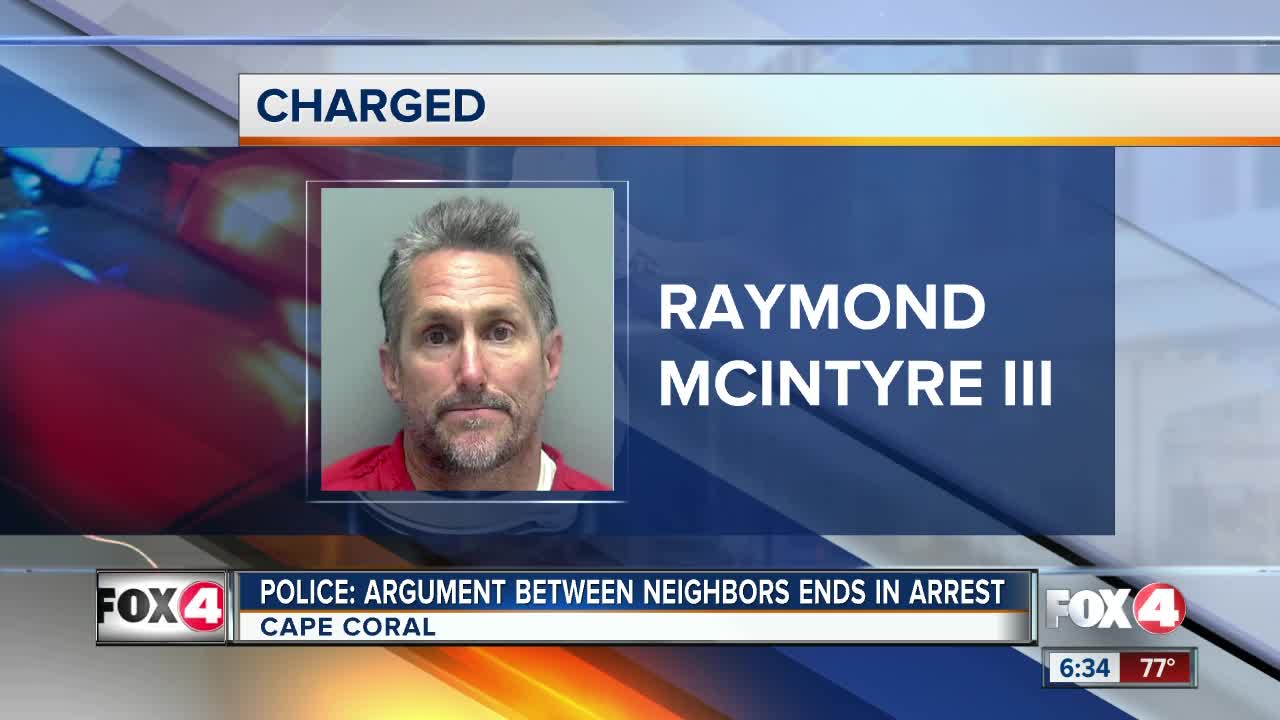 CAPE CORAL, Fla. — An argument between neighbors in Cape Coral ended in an arrest Monday.

A woman says she got into an argument with her neighbor, Raymond McIntyre the third, in the adjoining duplex. Officers say the woman was trying to record McIntyre, while he was in his car with his two kids.

The woman says McIntyre drove towards her and his bumper grazed her.

McIntyre then drove off and police caught up to him.

Police say they found Suboxone, a pain killer, in his car.

Mcintyre is facing charges of Aggravated Assault with a Deadly Weapon and Possession of a Controlled Substance.