Music too loud, the city will discuss adding loud music to noise ordinance in Punta Gorda 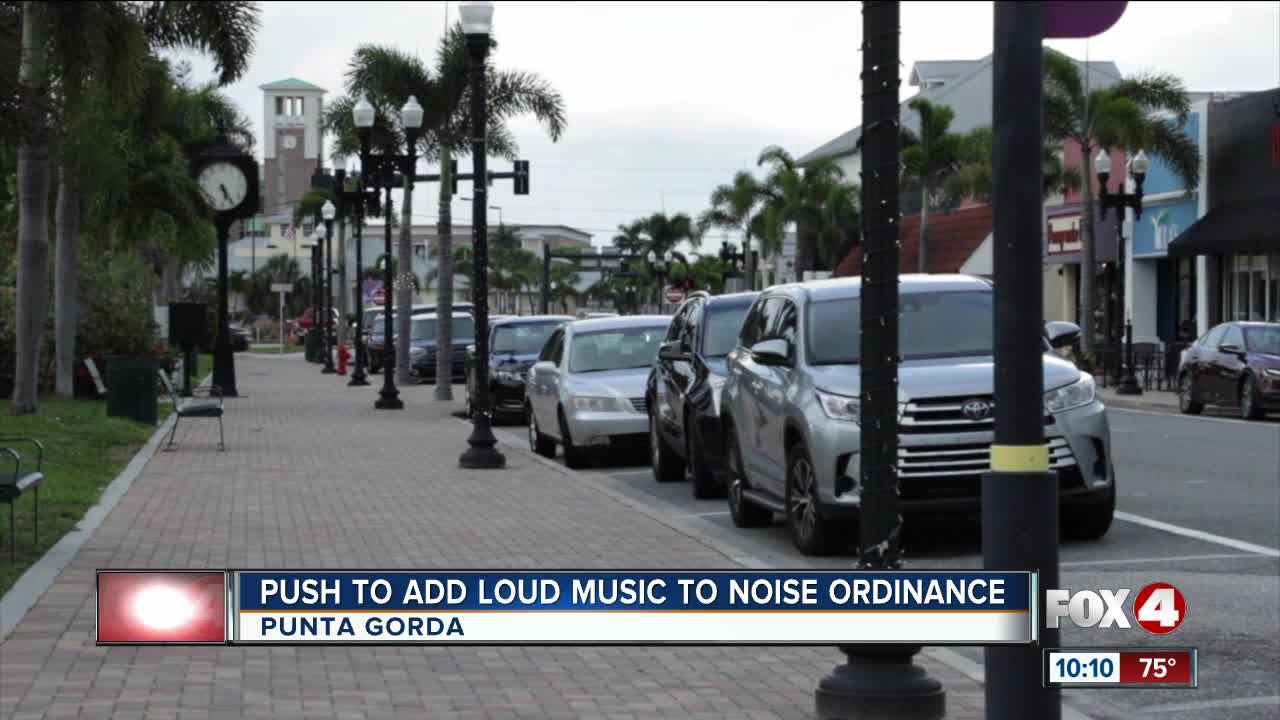 Music too loud, the city will discuss adding loud music to noise ordinance in Punta Gorda

But the City of Punta Gorda might ask all restaurants to turn down the music shortly.

The city council is discussing to add “loud music” to the city’s current noise ordinance. There were 14 complaints about the music coming from restaurants and bars, which may not seem like a lot, but it’s enough to get the city talking about regulating loud music in the downtown area.

The current ordinance prohibits offensive noises and sounds, and annoying instruments playing on the streets but does not mention loud music.

Sheryl Peters, the owner of Shorty’s Place in downtown Punta Gorda, had some complaints a few years ago from nearby residents, so she shortened the hours for music and lowered the levels.

“We’ve done that to help the neighbors. Because they’ve got to get up and go to work the next day, too,” Peters said.

But it’s all part of being a restaurant in the area since most of her customers come to enjoy the live tunes.

“I would give it a good 50% of our night crowd. It’s a fine line when you’re open for business, and your business relies on that 50% increase of income during your music,” Peters said.

But some depend entirely on the music, like Angela’s who promote themselves on playing live music every day.

“Music is pretty much the basis of all our business here. I wouldn’t consider it like, offensive loud,” said Cassandra Bazinet, co-owner of the restaurant.

If the ordinance is adjusted, she’s willing to be flexible.

“If they’re voting they want it to be quieter than I’m certainly willing to adjust to that,” Bazinet said.

Punta Gorda City Council members will be discussing this at the next city council meeting on May 15.