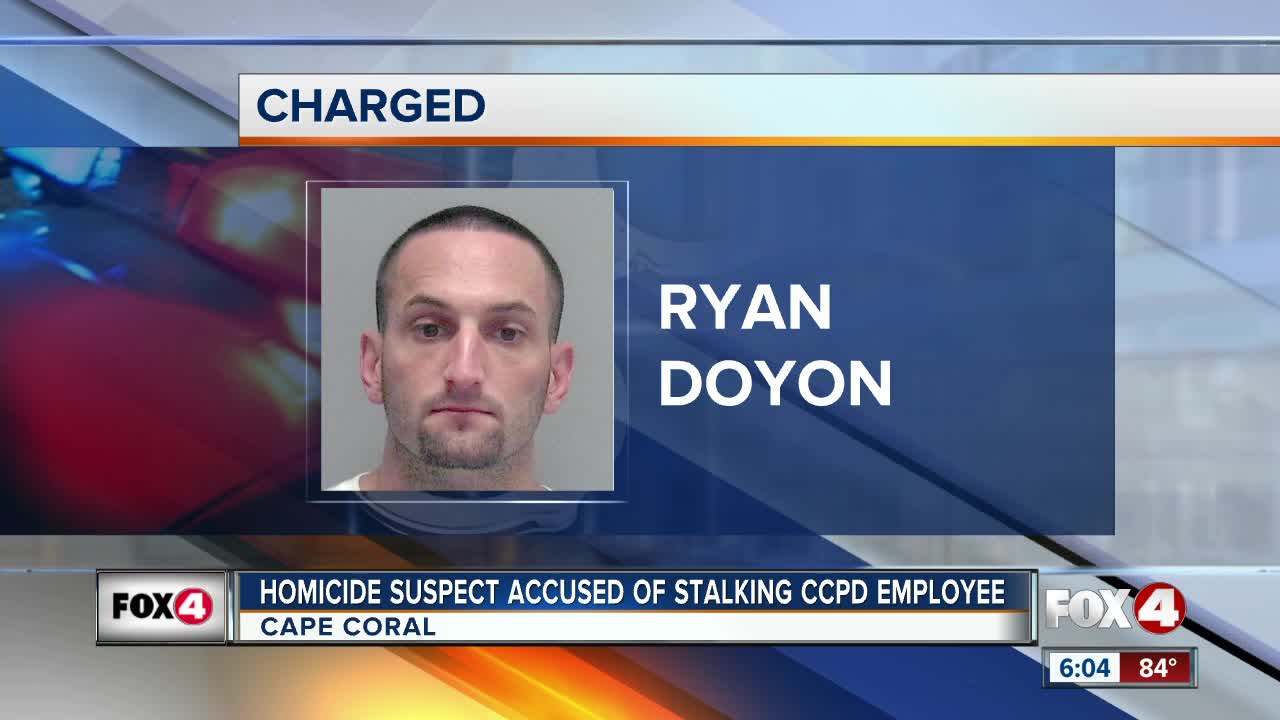 Ryan Doyon a suspect in a murder case, has been arrested again accused of stalking a Cape Coral Policeman 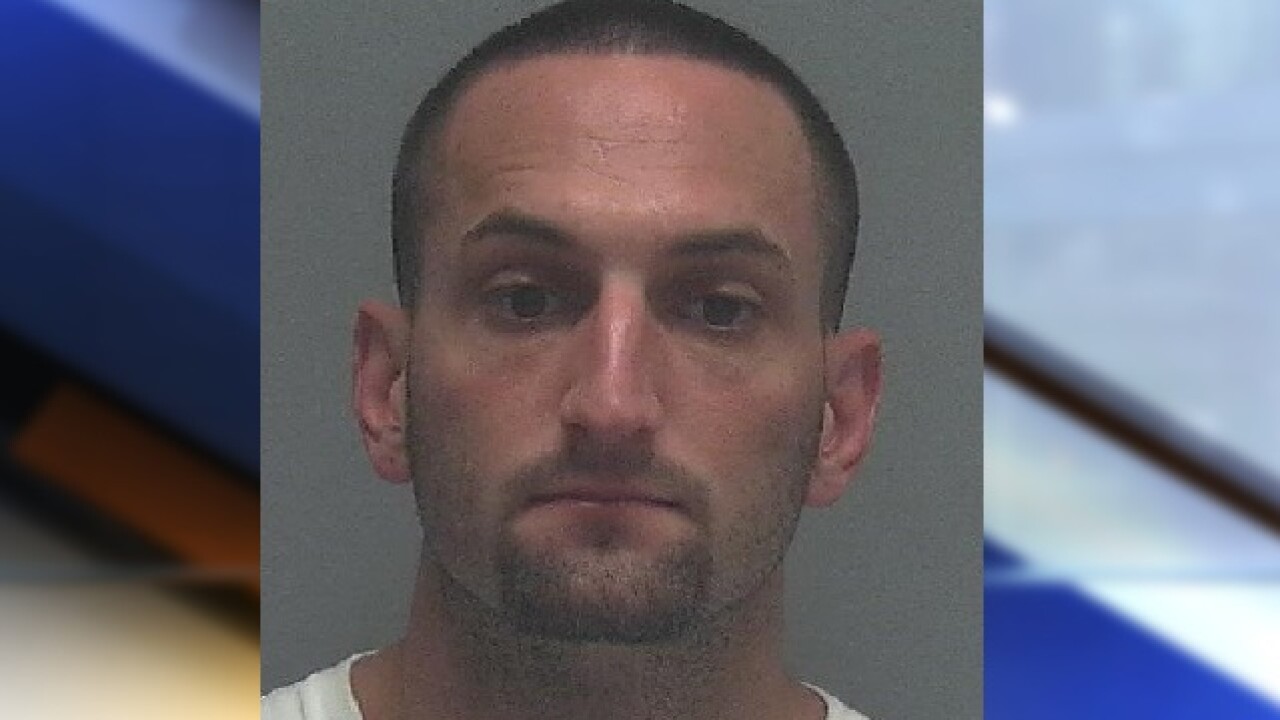 CAPE CORAL, Fla. -- The subject of a murder investigation is back in jail after police say he repeatedly called and texted a police department employee involved in his investigation.

29-year-old Ryan Doyon is now charged with Stalking as he awaits trial for a homicide arrest in 2017 after a man was shot dead by Doyon.

In that case, Doyon says he was engaged in self-defense when he shot and killed a man outside his residence in May 2017. Doyon say he woke up to find a man pointing a gun to his head, but was able to shoot the man as he ran from the apartment.

Detectives said that due to the fact the victim was running away from Doyon, and the lack of evidence of a theft, Doyon was arrested and charged with 2nd Degree Murder.

Now police say that Doyon has been repeatedly harassing a Cape Coral Police Department employee who is involved in the investigation.

They say the employee was contacted by Doyon more than 30 times on Sunday via threatening texts and phone calls. When the employee blocked his number, Doyon managed to continue contacting them via other phone numbers.

Doyon has been known to have access to multiple firearms in the past and is a firearm enthusiast.

He remains in jail on charges of Stalking, Second Degree Murder, and several weapons charges.