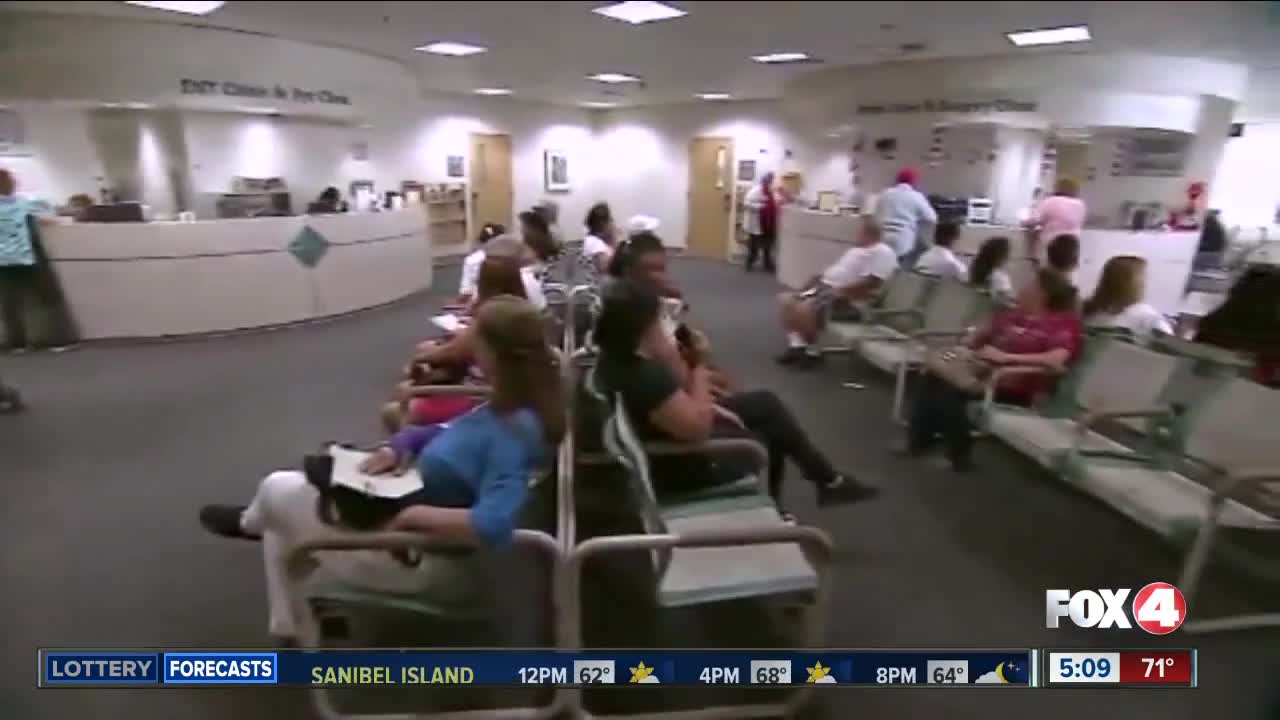 COLLIER COUNTY, Fla. – There are more flu outbreaks in Florida and across the country.

The Center of Disease Control said outbreaks increased in several states over the past few weeks, including the Sunshine State. So far, flu activity is not widespread. It’s either sporadic, local or regional.

Across the state, there’s been a total of 27 outbreaks and the Department of Health said that number is expected to go up in the coming weeks.

So far, 12 out of 67 counties are experiencing influenza outbreaks. Most counties have mild activity of the flu, including Lee, Charlotte and Collier counties. The Department of Health said nearly half of the counties are seeing an increase in flu-like-illnesses activity, which is normal this time of year.

Health officials said the percent of emergency room visits for ILI have gone up recently, which is slightly above the amount observed in years past. So far, two unvaccinated kids in Florida died from the flu this season.

Most outbreaks reported so far have been in schools, camps and daycares.

Doctors said the best way to prevent the flu is by getting a flu shot.

If you do get the flu, doctors said you have a 72-hour window to knockout the flu. Any longer than that and you're going to have to treat the symptoms.

They say a flu vaccination reduces a child’s likelihood of dying from the flu by up to 60%.

Children under age 5 and adults older than 65 are most at risk. Most people are testing positive for Influenza A 2009 H1N1 but health officials said it’s too early to say what flu strain will predominantly circulating this season.