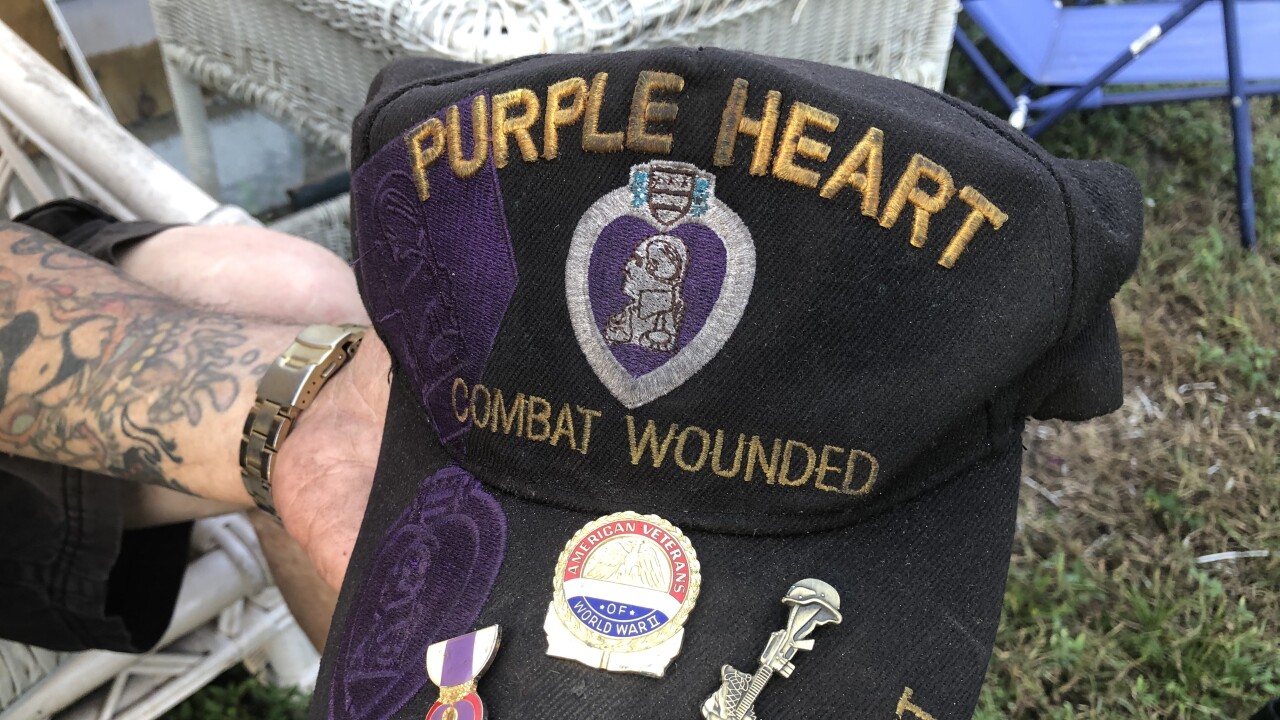 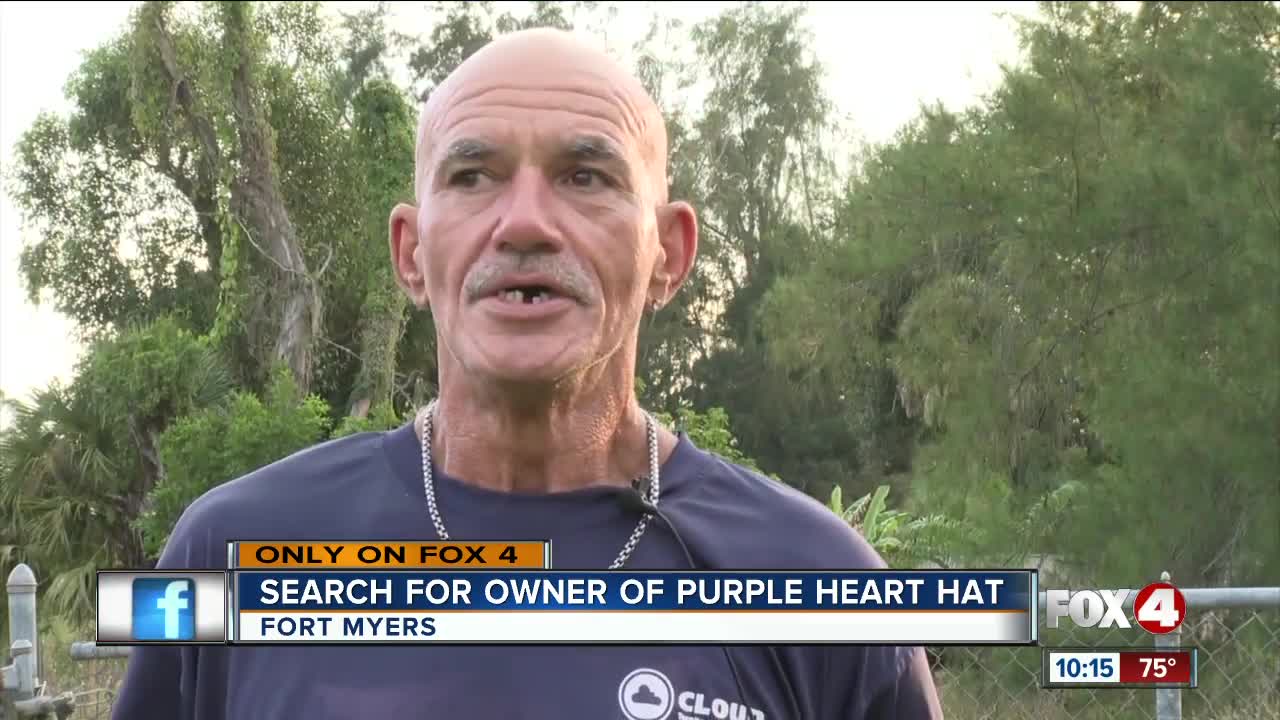 FORT MYERS, Fla. — A veteran in Southwest Florida is missing what some say is a prized possession. It’s a purple heart ball cap with medal pins on it.

With Veteran’s day just a few days away, the gentleman who has the hat asked Fox 4 for help to find the rightful owner.

“I guess it reminds you of where you’ve been and what you did and most of all, who you are,” said Daniel Catalano.

Catalano said the hat can mean a lot to a veteran. He knows because he’s a veteran too.

“I was under the Reagan administration from 1983 to 1989,” said Catalano. “I was in special ops. It’s stuff you really can’t talk about.”

He said the hat is a reminder of one’s achievements and defeats.

Now, he’s trying to find who it belongs to.

“To me that’s very important because someone served our country and deserves to have it back,” said John Johnston.

Daniel’s friend, John Johnston found the hat on the Fowler Street bridge near downtown Fort Myers a few weeks ago.

“I was taking a bicycle ride over the bridge and I happen to look down and it caught my attention because of the purple heart,” said Johnston.

The hat says ‘Purple Heart Combat Wounded’ and has three medal pins on it.

Johnston gave it to Catalano, hoping he might know how to get it back to who it belongs to.

They want to find the rightful owner before Veteran’s day so if you have any information, contact Fox 4.