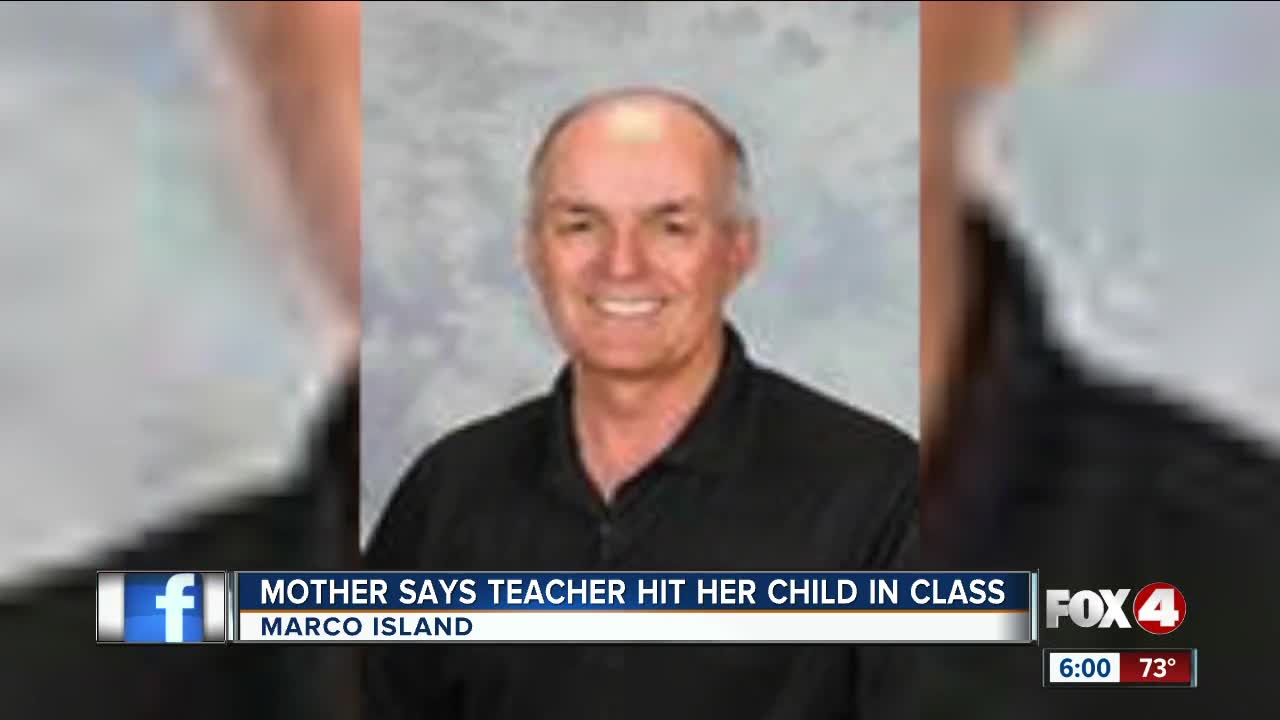 A woman on Marco Island is coming forward with a story that should concern every parent. She says a teacher hit her child.

MARCO ISLAND, Fla. - A woman on Marco Island is coming forward with a story that should concern every parent. She says a teacher hit her child.

Daneille Webb continues to ask why her 11-year old was targeted after learning he was allegedly hit on a regular basis by Joe Jarret, a teacher at Marco Island Middle School.
She says she found out about the abuse from the mother of a young girl who's in her son's class. Another mother tells Fox 4 her daughter has told her some disturbing stories about being touched by the teacher.
Fox 4 found out there were several other assault complaints against the teacher. The charges are under investigation and Jarrett has since be suspended without pay.

We went to the school to get a comment from the principal but he would not speak with us. Instead he referred us on to the lawyer representing the school who told us there would be no action taken until the investigation by authorities is complete.

We reached out the to the teacher, but his phone number has been disconnected.