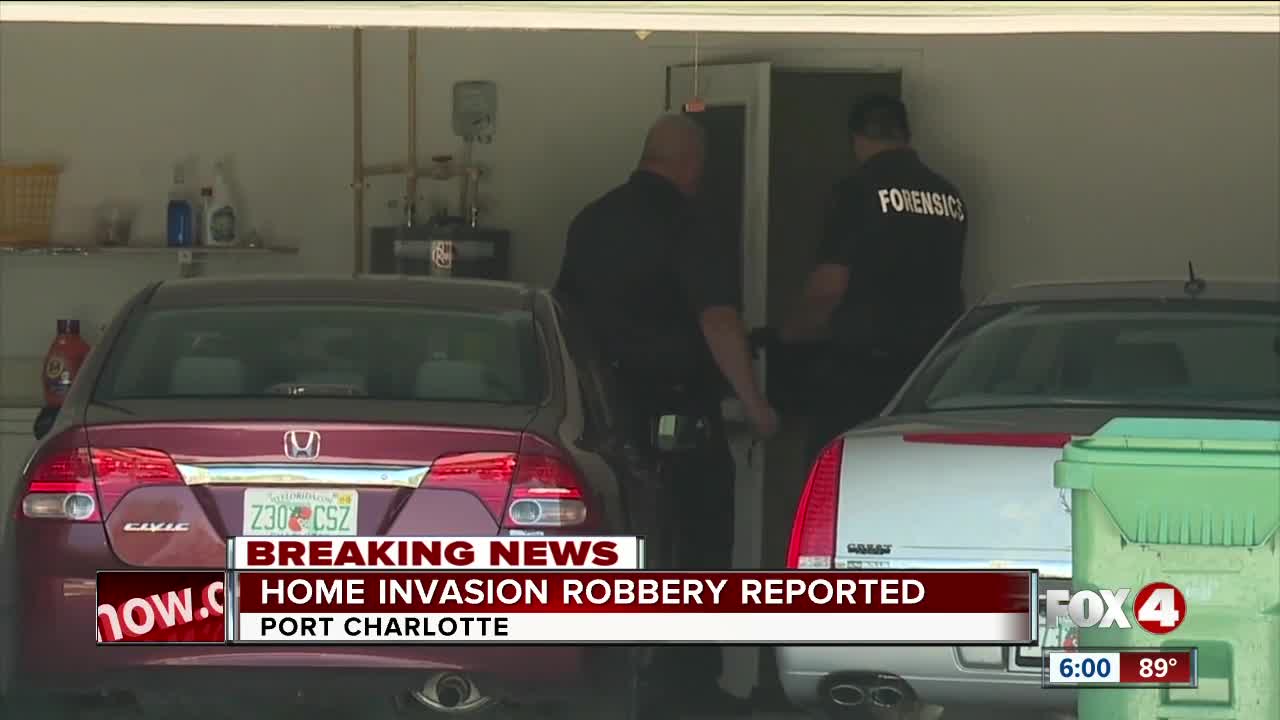 PORT CHARLOTTE, FLa. — Police continue to search for two men who posed as utility workers today and gained entry into a home at the corner of Conway Boulevard and Lancaster Avenue in Port Charlotte.

They are questioning neighbors who say the couple who opened the door are both elderly. Once inside, the men were able to separate and confuse them before stealing personal items, including jewelry.

They then sped off in a silver SUV. Neighbor Ron Dahl who lives across the street, says he’s often seen people in the neighborhood knocking on doors. He is showing video from his front door surveillance camera to police in the hopes generating leads.

The woman inside the home was slightly injured. Police were able to treat her at the scene shortly after arriving at 2 PM.

The utility worker scam is tried and true, and police again are warning anyone who suspects someone at the door is not legitimate to not to let them in.

As for this particular case, they are asking if anyone has any information to call Southwest Florida Crime Stoppers.