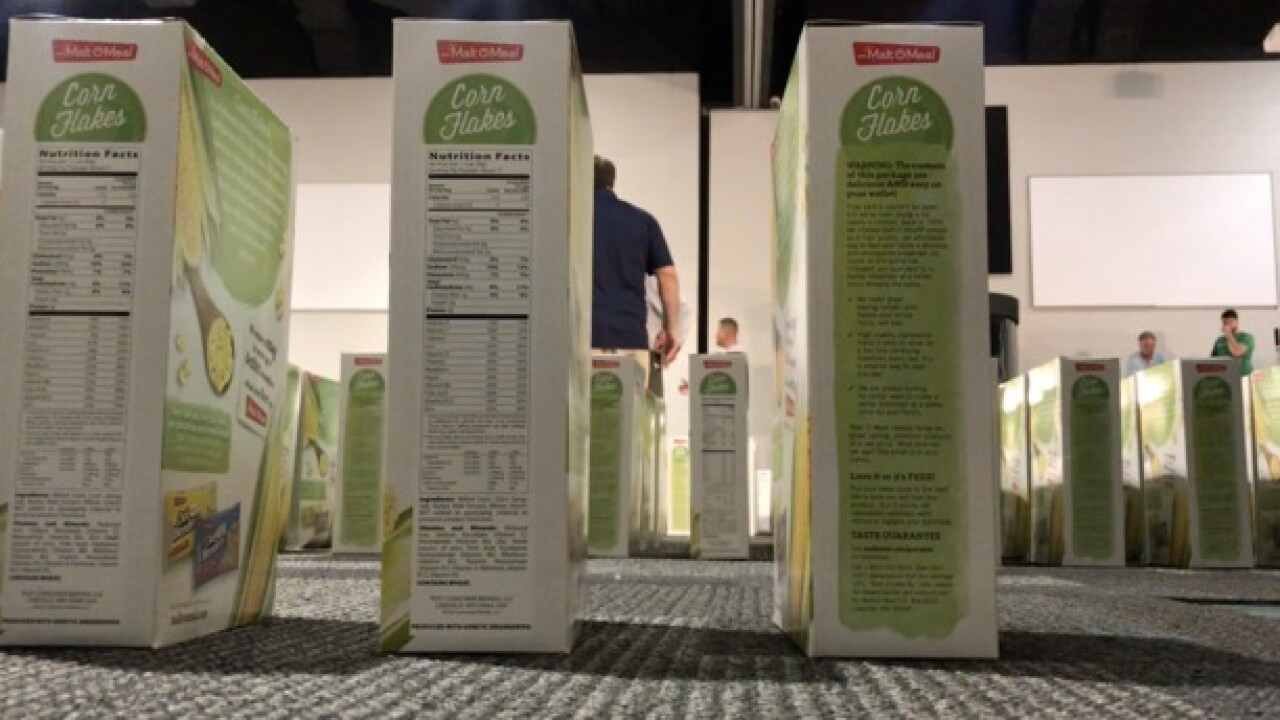 Meals for Hope is working to bring more awareness to Hunger Action Month in September by using unique ways to engage the community.

One of those approaches involved breaking the Guinness World Record for "most cereal boxes falling in a domino fashion." The person who came up with the idea was Meals For Hope CEO Stephen Popper.

The record was previously set by Dwayne "The Rock" Johnson in December of 2017. His team at Seven Bucks Digital Studios managed to topple 3,006 cereal boxes. Popper and his staff from Meals of Hope were aiming to topple 4,000 cereal boxes. The number has a special meaning for the non-profit.

“We average about one thousand families that come to every week. So one thousand a week times the four weeks of hunger action month equals four thousand boxes", Popper told 4 In Your Corner.

Meals of Hope partnered with the Collier County Sheriff's Office's Youth Program to set up the maze of cereal boxes in one of the rooms inside Growth Church in Naples. The group began setting up early in the morning. Four hours later, they were ready to make their attempt at a world record.

The teenager was just one of many who lent a hand. Nearby were Collier County Firefighters to serve as witnesses. Their role was to make sure everything fell in line.

“We gotta have all of them knock over...without stopping", Popper said.

The cereals had to be commercially available and the boxes could not be altered in any way in order for the group to qualify. They ultimately beat the world record with  3,913 boxes. Popper plans to donate all of the boxes of cereal to the various Meals of Hope food pantries in the area to help feed the 4,000 individuals expected to seek assistance during Hunger Action Month.