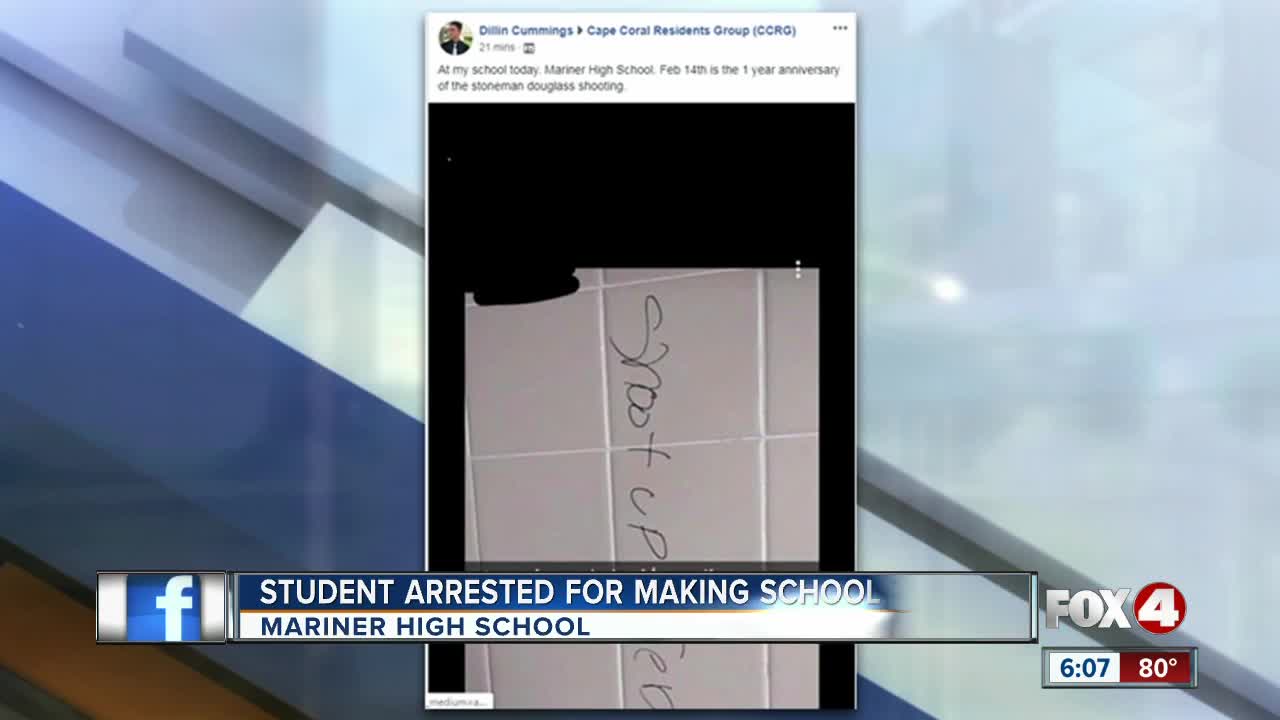 The 16-year-old is accused of writing a threat to "shoot up" the school on February 14th.

The threat was written in the boys bathroom on Monday and was going around social media. It said "Shoot Up Feb 14", which marks one year since the Stoneman Douglas shooting in Parkland that left 17 students and staff members dead.
Tuesday, officers continued their investigation.

A check of the school surveillance video revealed the student went into the bathroom where the threat was found.

The student was arrested for Written Threat to Conduct a Mass Shooting and Criminal Mischief, and was taken to the Juvenile Assessment Center.