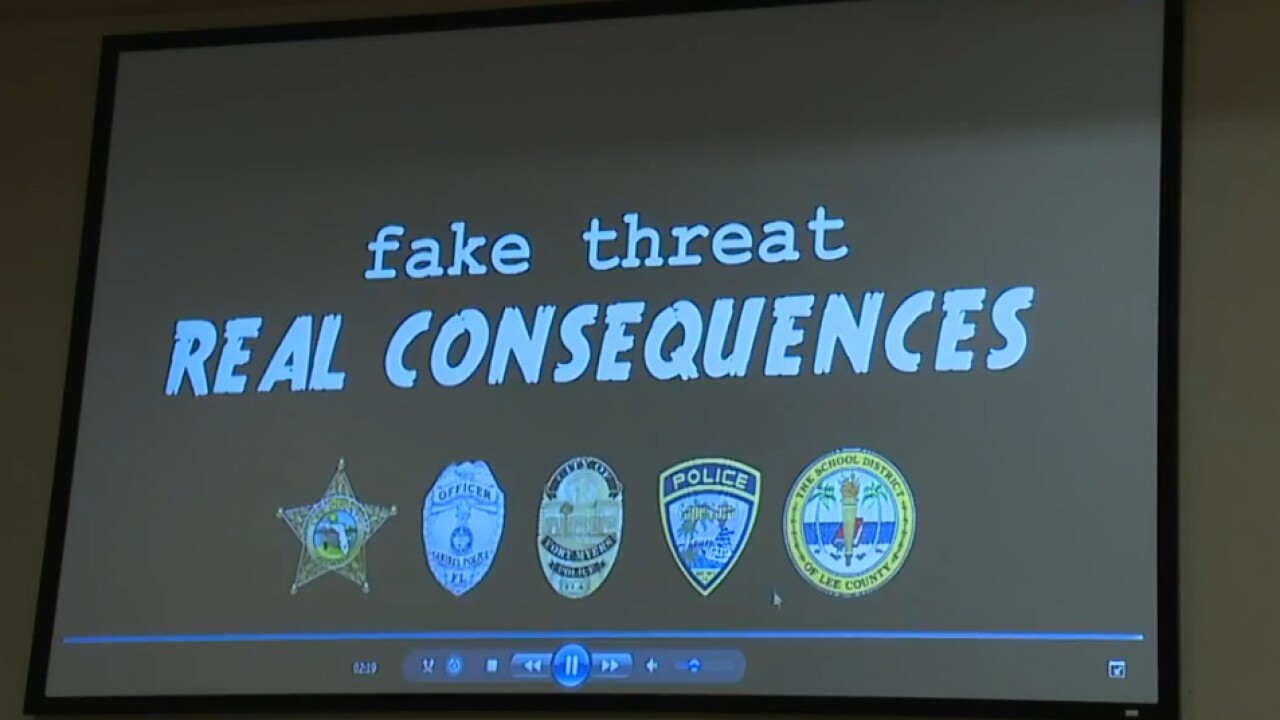 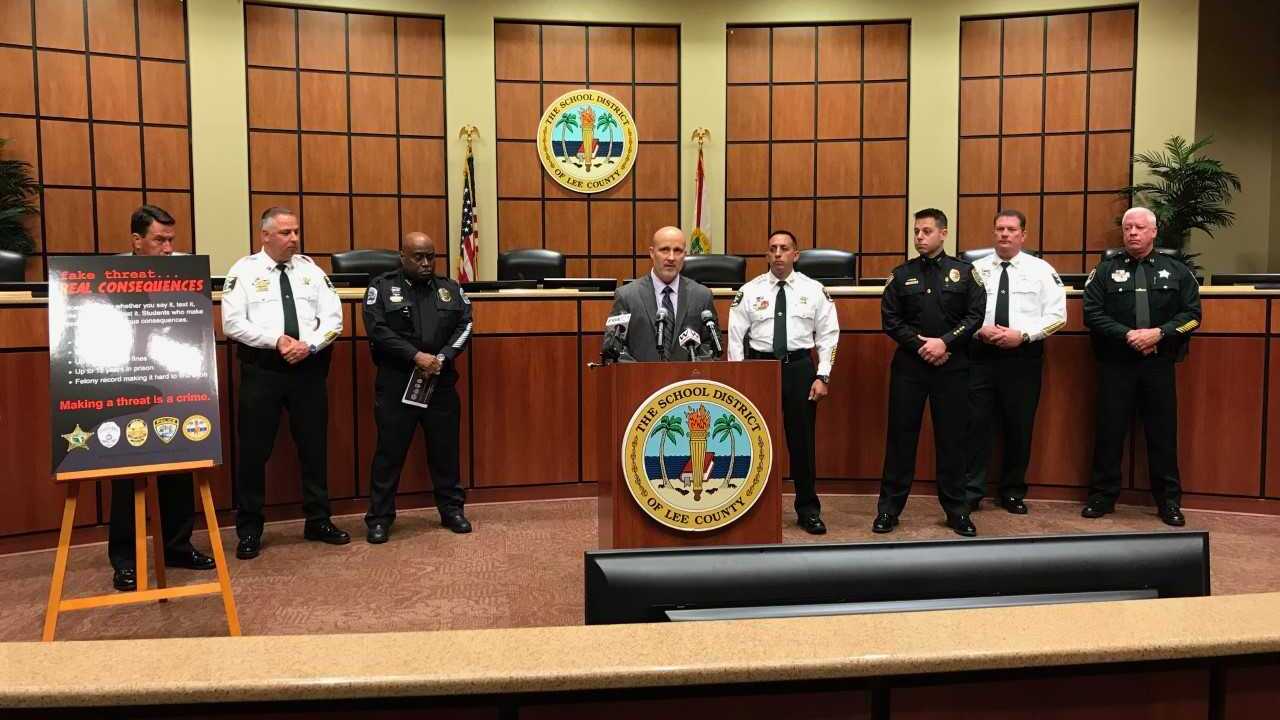 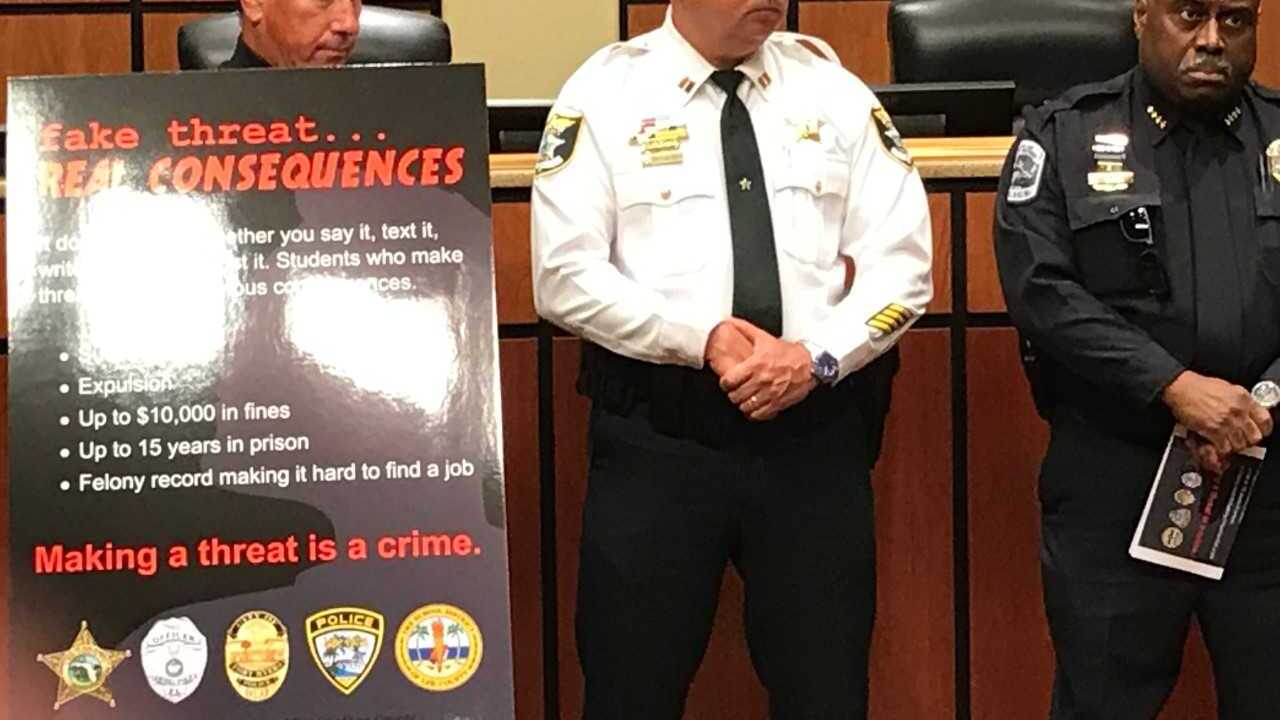 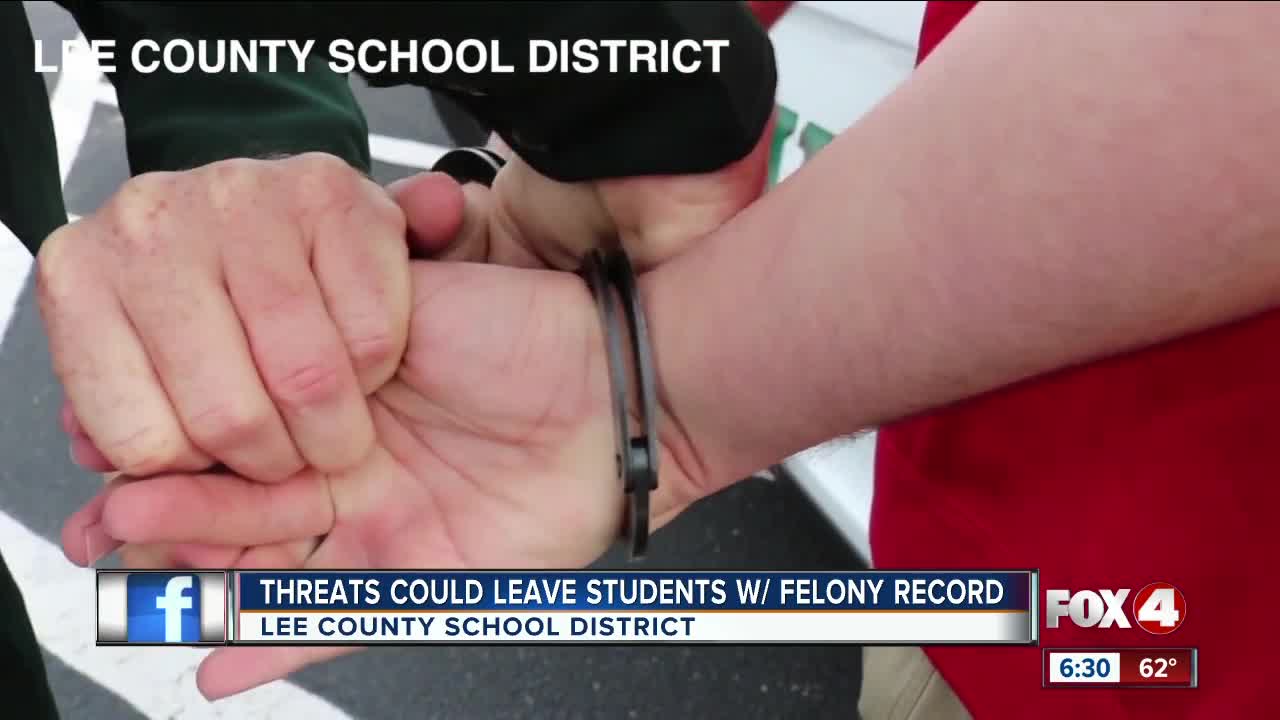 The campaign is in cooperation with all local law agencies in Lee County, and is called "Fake Threats, Real Consequences."

They want to stress that making any kind of a school threat, whether or not they intend to follow through with the threat, will have serious consequences. School resource officers investigated 51 threats of violence in the 2016-17 school year. In 2017-18, that number jumped to 164. Each threat requires law enforcement officer to devote valuable resources and time to investigate.

"Our message today is simple: If you make a threat, you face suspension, expulsion, arrest, and a felony record," said Superintendent Adkins.

The campaign will utilize posters on display in every school, and several Public Service Announcement spots that will play in the schools.

Sheriff Carmino Marceno stressed that all threats will be met with "zero tolerance" for those found to make them.

"This is no joke, think before you post," said Fort Myers Police Chief Derrick Diggs.