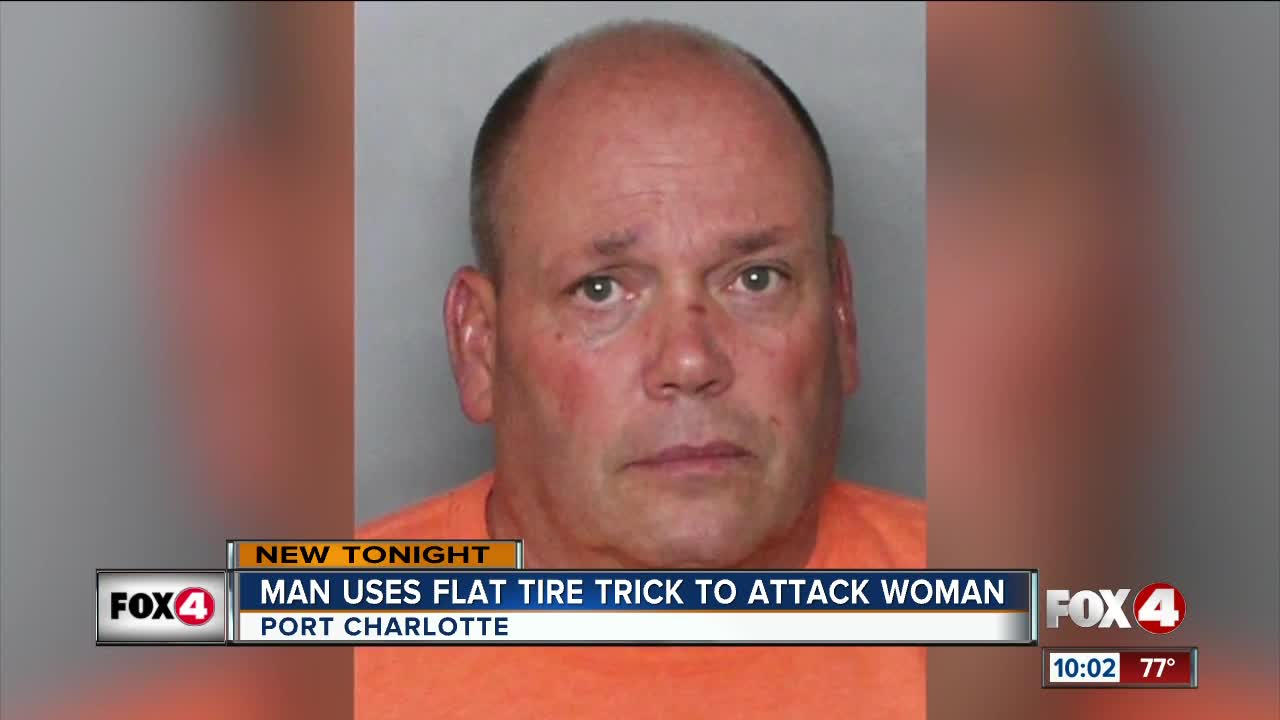 Charlotte County Sheriff’s Office said Ricky Nelson tricked a shopper into thinking something was wrong with her car, and then attacked and robbed her Monday morning.

PORT CHARLOTTE, Fla. — Charlotte County Sheriff’s Office said Ricky Nelson tricked an Ollie’s shopper into thinking something was wrong with her car, and then robbed her Monday morning.

According to the arrest report, Nelson approached the victim at Ollie's on Kings Highway in Port Charlotte around 10:00 a.m.

Shoppers like Susan Vanvolkom said it’s easy to fall for a scheme when you believe the best in people, and it happened during the day.

“You think, oh, I wouldn’t fall for that. But, of course you would!” said Vanvolkom.

The sheriff’s report said Nelson told the victim she had a flat tire. When she rolled her window down, he punched her in the face and then snatched her purse.

Vanvolkom said if someone told her she had a flat tire, it’s easy to assume they’re trying to help.

“I probably would’ve gotten out and looked. I honestly can’t say I would’ve done anything different,” said Vanvolkom.

The report said the victim tried to fight back but Nelson got away.

Scott Pessolano said he feels bad for the victim but said there are other ways to protect yourself.

“Don’t be naive and gullible, because you never know when somebody’s going to take advantage of you,” he said. “Don’t unlock the door or unlock your door to strangers. Don’t roll your window all the way down.”

Vanvolkom said shopping with her friend makes her feel safe.

“We tend to shop together, and I guess safety in numbers,” she said.

Nelson drove away in his car, but witnesses were able to take a picture of his license plate, which helped deputies arrest him Monday night. He’s charged with battery and robbery.