Man tries for years to get airbag fixed 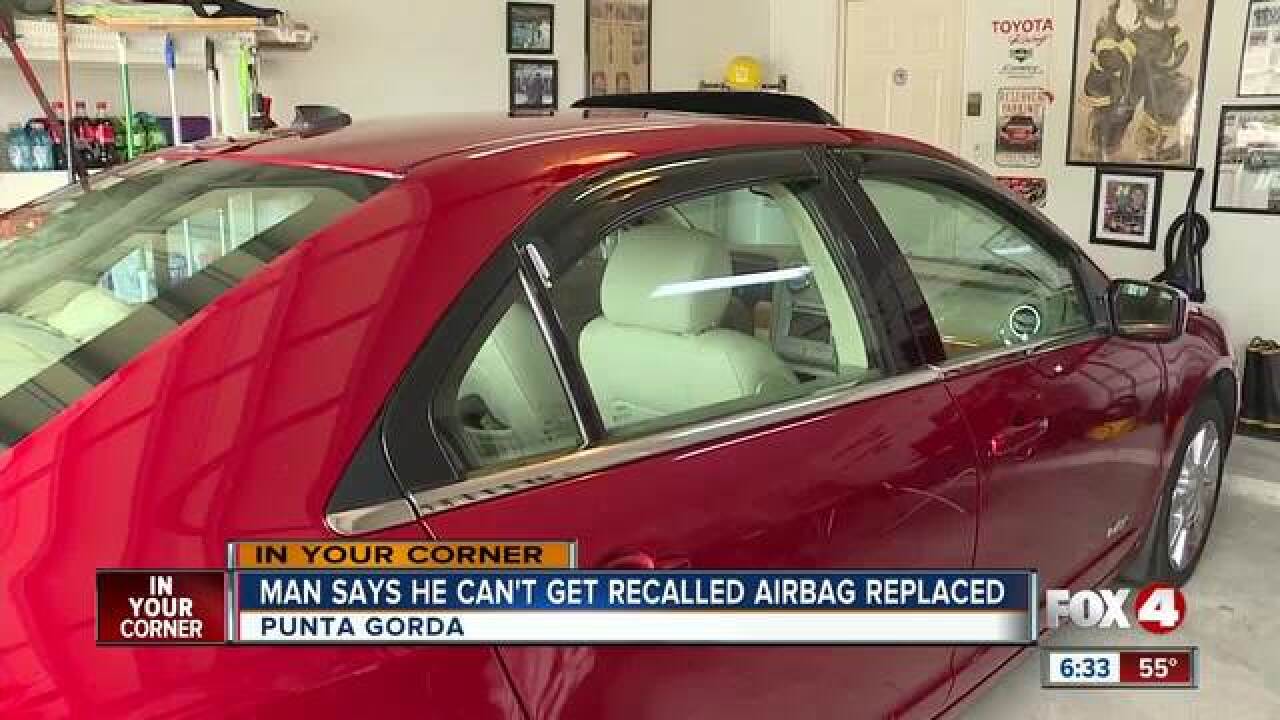 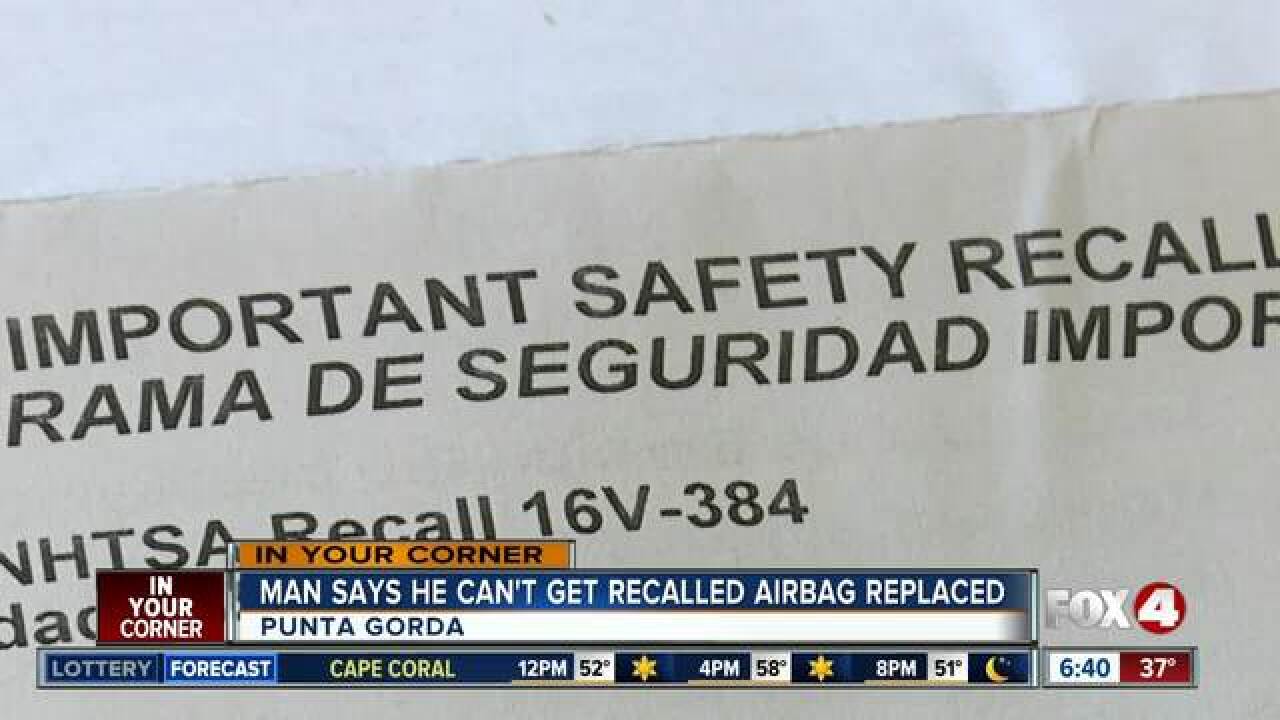 Anthony Freeman loves his car; a scarlet Lincoln MKZ. He's had it since 2008 and up until now, he didn't have any problems. Three years ago he got a notice in the mail telling him he needed a defective part replaced on his passenger airbag.

He says that when he went to the dealership, they said there was nothing he could do, but that it wasn't an emergency.

Three years later, the dealership still hasn't fixed the problem. Freeman's gotten two more notices since then. The latest one gave him cause for concern.

"We get the letter that states that we cannot use that front seat. They didn't say that in the other two letters", he told Four in Your Corner.

When we spoke with Freeman earlier, he told us how frustrating it's been for him to not be able to fully use his car especially since he uses it to take his wife to the doctor's office since she's been ill.

He's not the only one who's been left waiting. His friend Rocco Dimase has been in a similar situation when he received a letter about his Mustang. The only difference being, Dimase was able to get his driver-side airbag fixed. The passenger side is still not repaired.

Four in Your Corner reached out to Gettel Lincoln and Ford Motor Company and learned that the reason for the back up is the large number of cars affected by the Takata Airbag Inflater recall. The large volume of cars means car owners like Freeman and Dimase will have to wait until Spring 2018 to get their cars fixed.

Takata airbags affected many car manufacturers. Freeman and Dimase are the latest to feel the affects of what happened.