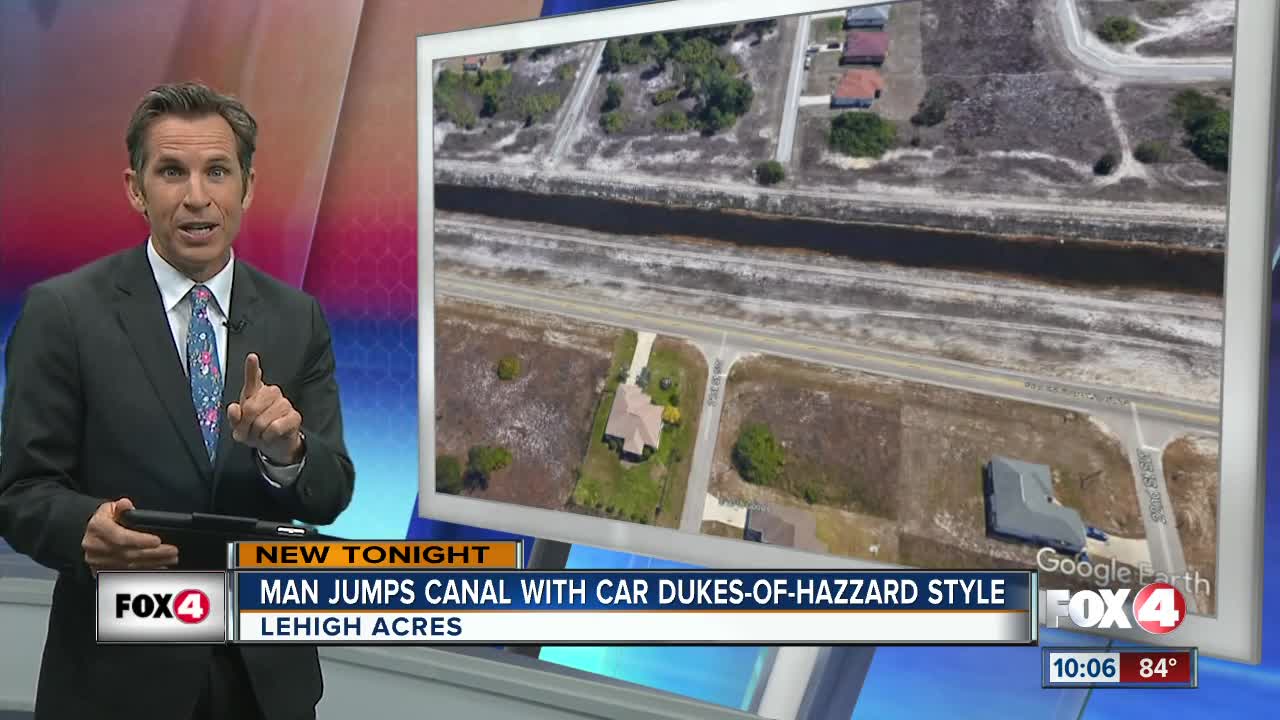 Man jumped over canal in car before hit and run crash

LEHIGH ACRES, Fla. — A man was arrested for a hit and run crash involving some Hollywood-level elements.

Based on tire marks, deputies say Foley was driving westbound on 21st Street Southwest towards a large ditch. That is when an arrest report shows "based on the physical evidence it was apparent the Nissan Versa was traveling at such a great speed that it vaults/airborne and cleared the water canal/ditch in a fashion only to be described similar to what was depicted in the 'Dukes of Hazzard.'"

From there deputies say the car kept going until it smashed into a parked truck.

Helicopters were used to search for Foley after the crash. When deputies found him, they say he appeared to be in pain and smelled of alcohol. He was taken to the hospital before being booked into the Lee County Jail.