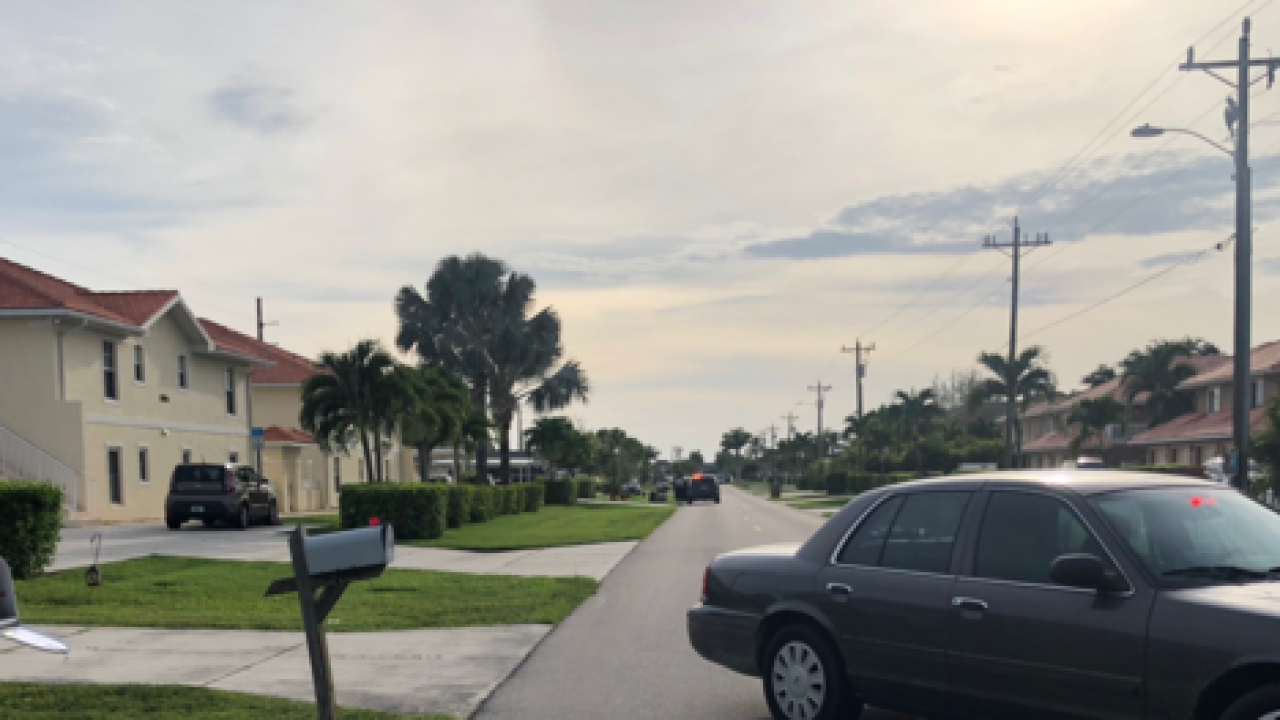 CAPE CORAL, Fla. -- A several-hour long standoff with deputies ended safely Monday with the suspect in jail for Domestic Battery.

Cape Coral Police responded to a welfare check in the 900 block of SW 47th Terrace after a wife called the VA clinic to report her husband was having combat flashbacks and threatened to harm himself.

Deputies responded and attempted to contact the resident, 48-year-old Michael DeArmas, who refused to come out or cooperate with deputies.  He later walked out and was taken into custody without incident.

DeArmas' wife spoke to detectives and told them that DeArmas is a combat veteran who has flashbacks and becomes delusional, especially when drinking, as the couple had been doing last weekend.

She said he had access to guns and had threatened to kill himself and their dog.

She also said he had choked her at least three times throughout the weekend, and displayed bruises on her wrists and cheek and discoloration on her neck.

DeArmas was charged with felony Domestic Battery by Strangulation and misdemeanor Battery, and taken to Lee County Jail.