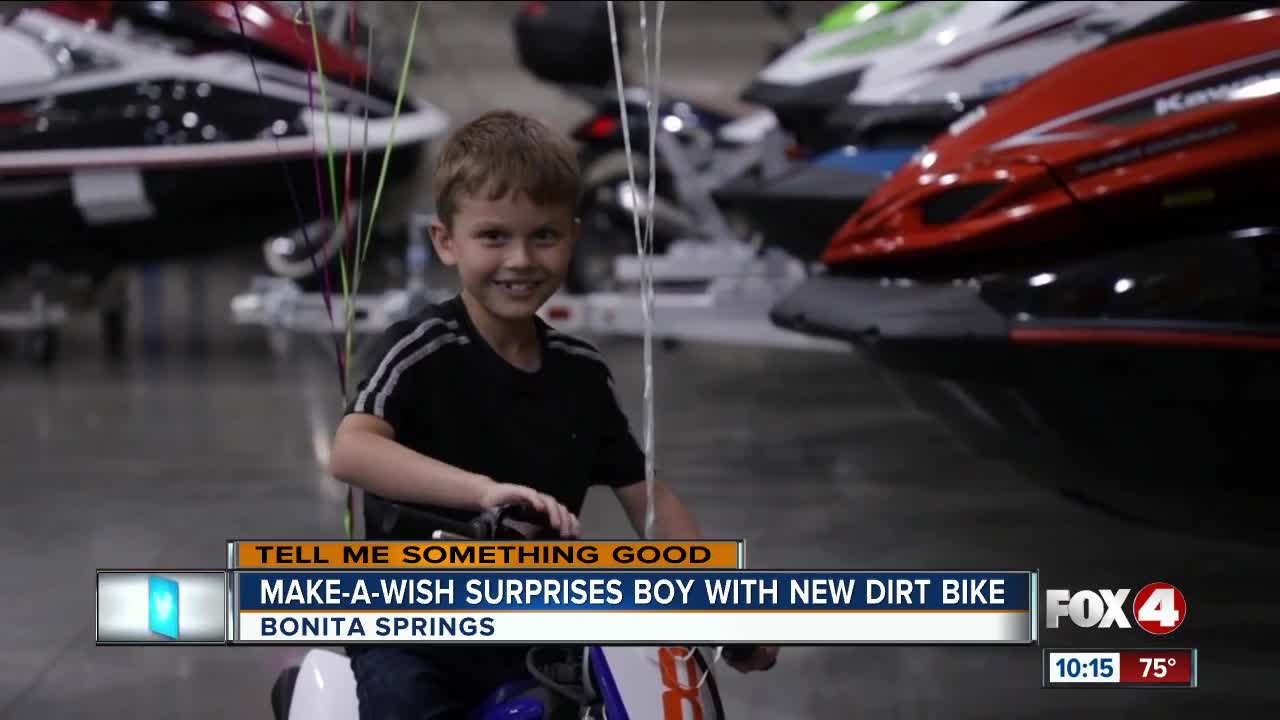 8-year-old received his dirt bike from Florida Motorsports through the Make-A-Wish Southern Florida in Bonita Springs.

Cole had three wishes: A dinner with President Donald Trump, a trampoline, and a dirt bike. One of his wishes came true. “He’s been asking about this day for a long time. Since they interviewed him,” his dad Gary Williams, said.

Since Cole was born, he’s had Hirschsprung’s Disease, a gastrointestinal disorder. His mother Dawn Russell says it’s been a rough few years.
“We’ve been in and out of the hospital more times than I can even say,” Russell said. “We nearly lost Cole — in June 2017 he had two emergency surgeries and since then he’s had about 7 more surgeries in the past 15 months and that’s all just to get him back to a ‘normal’.
Cole stays positive.
“It’s made him a really strong, strong kid. I mean, he has amazing resilience,” Russell said.

All Cole wants to do now is learn to ride his bike — feeling the wind and riding fast.
“I… love feeling that feeling,” Cole said.