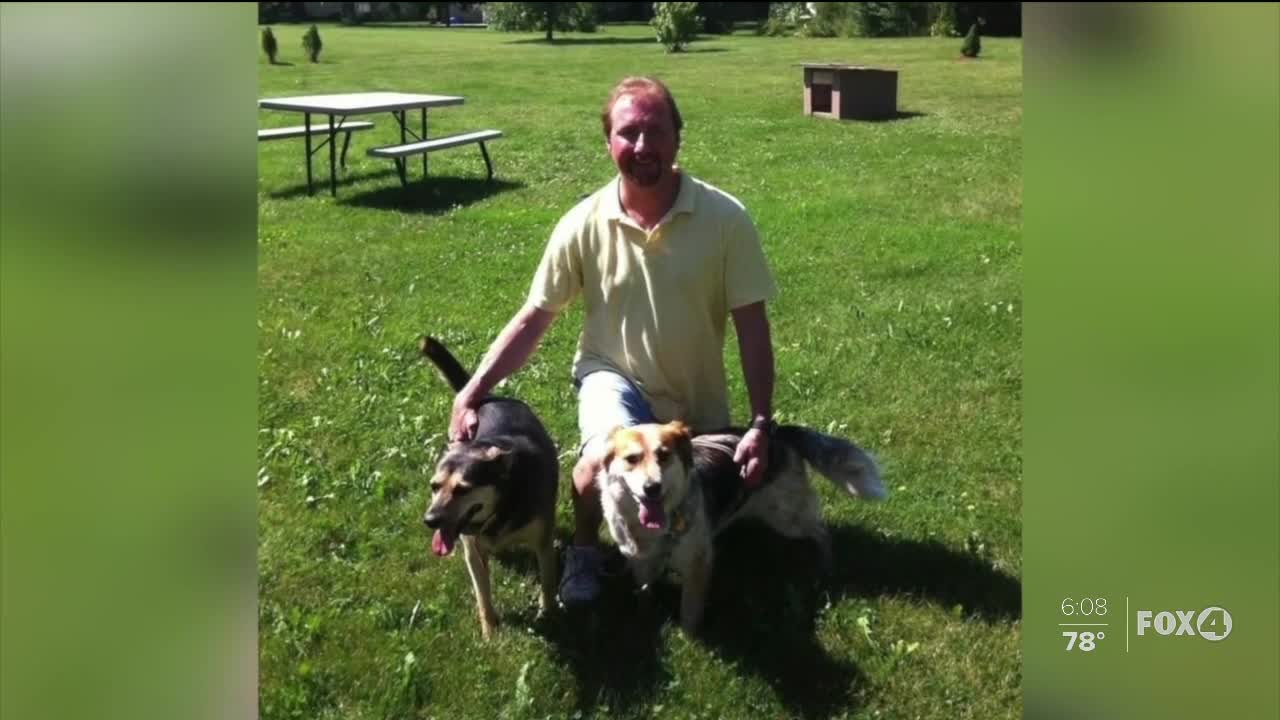 Terry Zarnik says his brother Robert was the ultimate Dallas Cowboys fan. He said he painted his new Mustang white and blue for his team. Police say Zarnik was going 50 mph in that Mustang before he plunged into a canal and died Tuesday night.

CAPE CORAL, Fla. — Loved ones remember Robert Zarnik, 57. He’s the driver who died when his car crashed into a Cape Coral Canal.

And, his family has seen tragedy before. His oldest brother Terry Zarnik told us he raised him as his own child after their parents died 50 years ago.

“Robert was the kindest…He was such a good kid,” said Zarnik through tears.

He called him the ultimate Dallas Cowboys fan. He said he even named his dog Dallas. He also painted his brand new Mustang white and blue for his team. Terry said Robert just finished walking his dog before the crash Tuesday night and went to take the car for a quick spin before the crash.

“He tied the dog up on the chain, because he was coming right back,” he said.

Cape Coral Police said he was driving 50 miles an hour when he drove through the reflective markers, went airborne, and landed in this canal.

Zarnik said he finally got his dream car.

“He always wanted a white Mustang. And he got it all fixed up in October, with the blue Dallas Cowboy racing stripe on it. Unfortunately, little did we know that this would be the car that he died in,” said Zarnik.

Terry said maybe he didn’t see the dead end signs or red reflective markers before the canal. Neighbors said trees blocking the streetlights make it hard for drivers to see at night.

Terry said the medical examiner told him his brother hit his head and was unconscious before he hit the water.