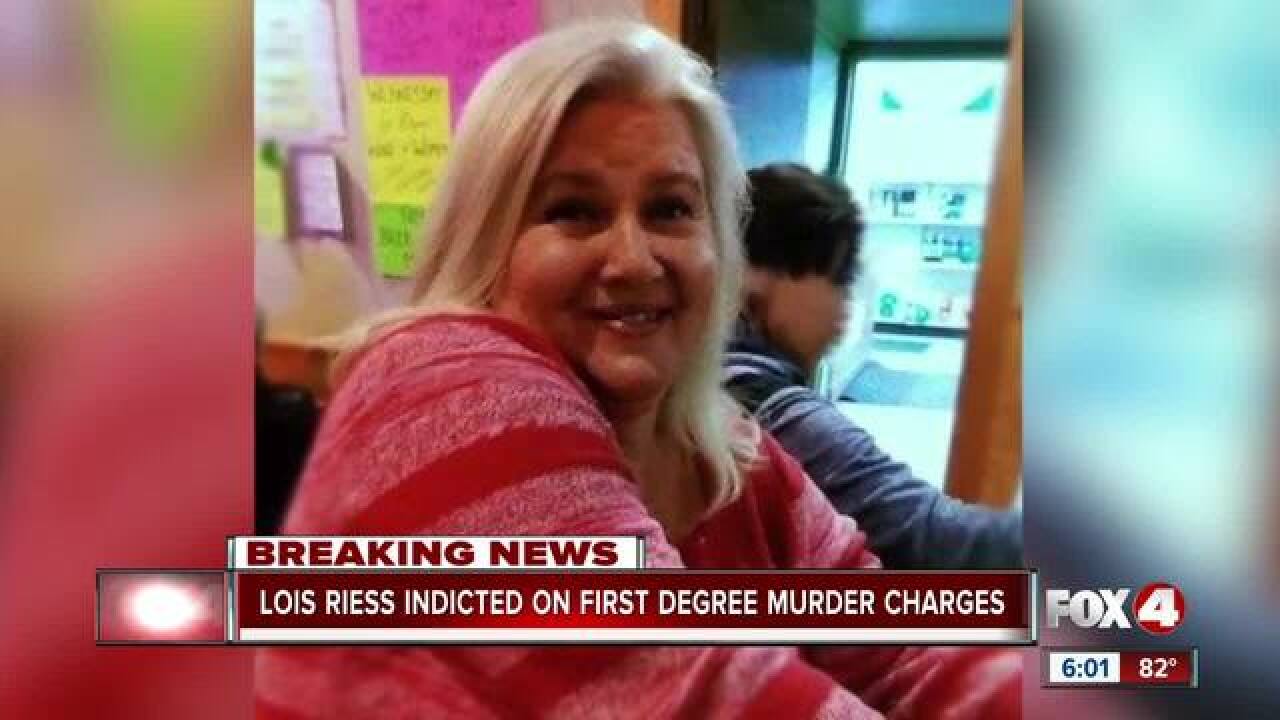 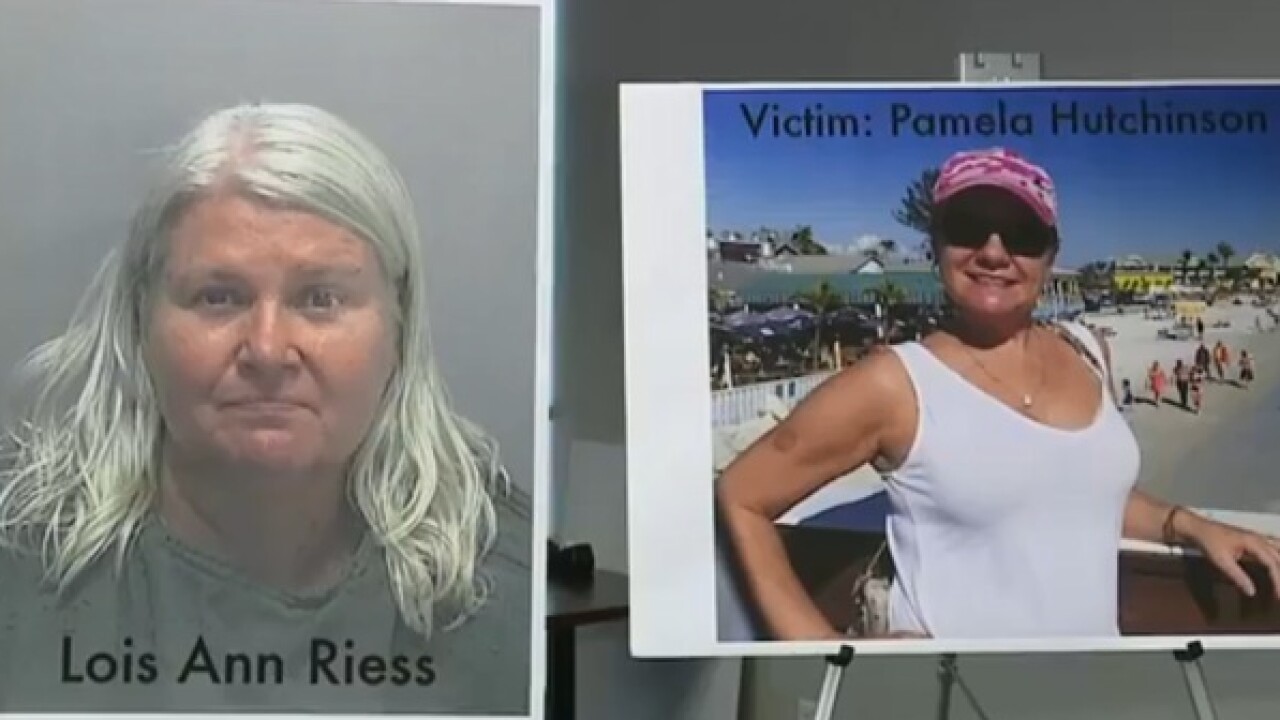 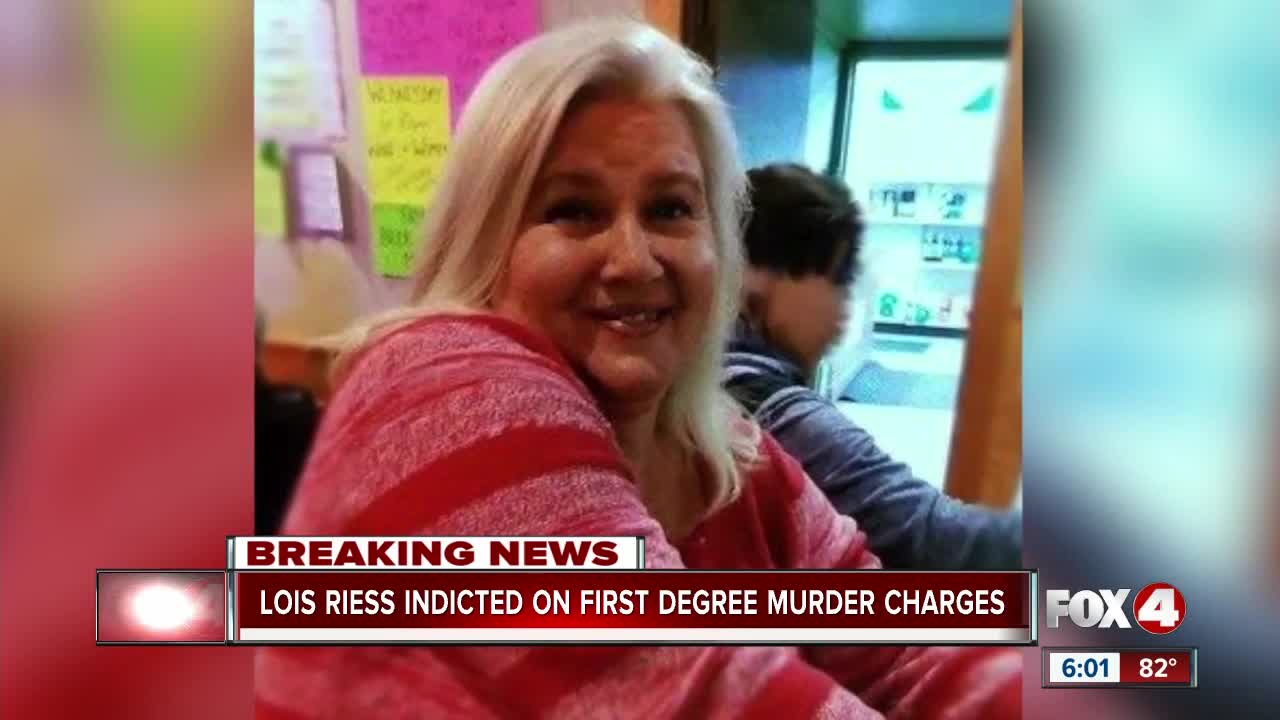 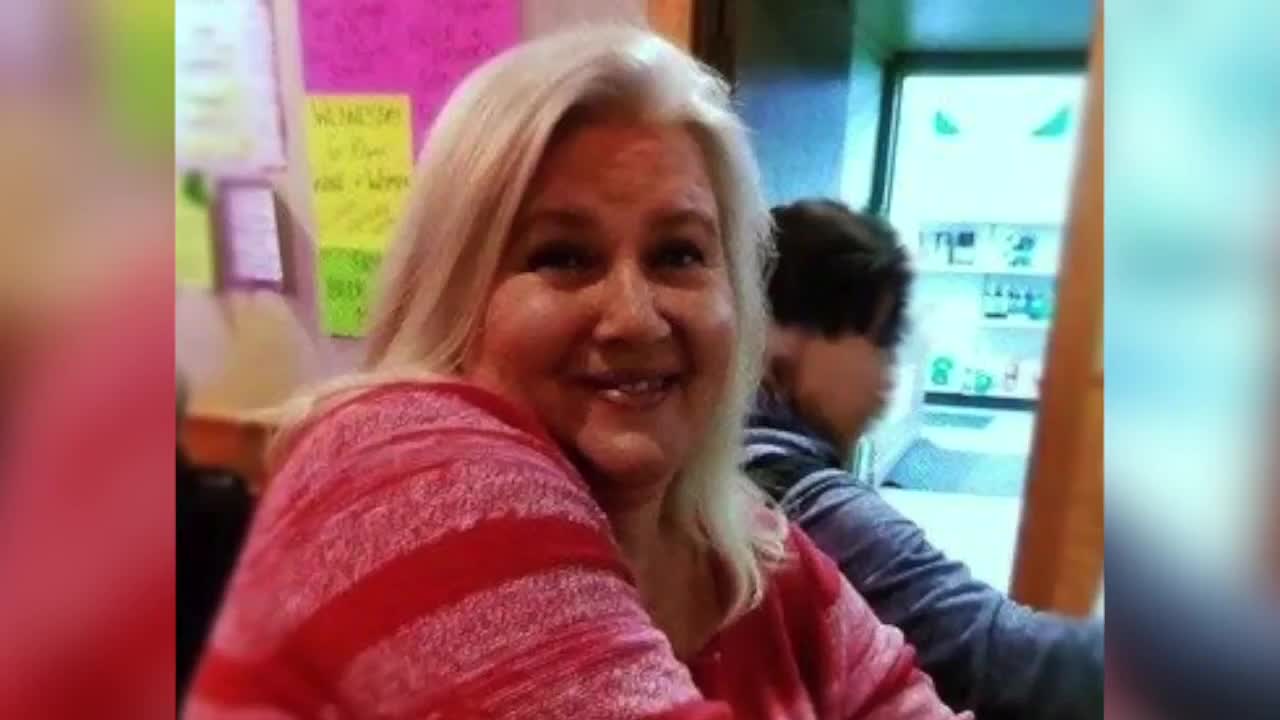 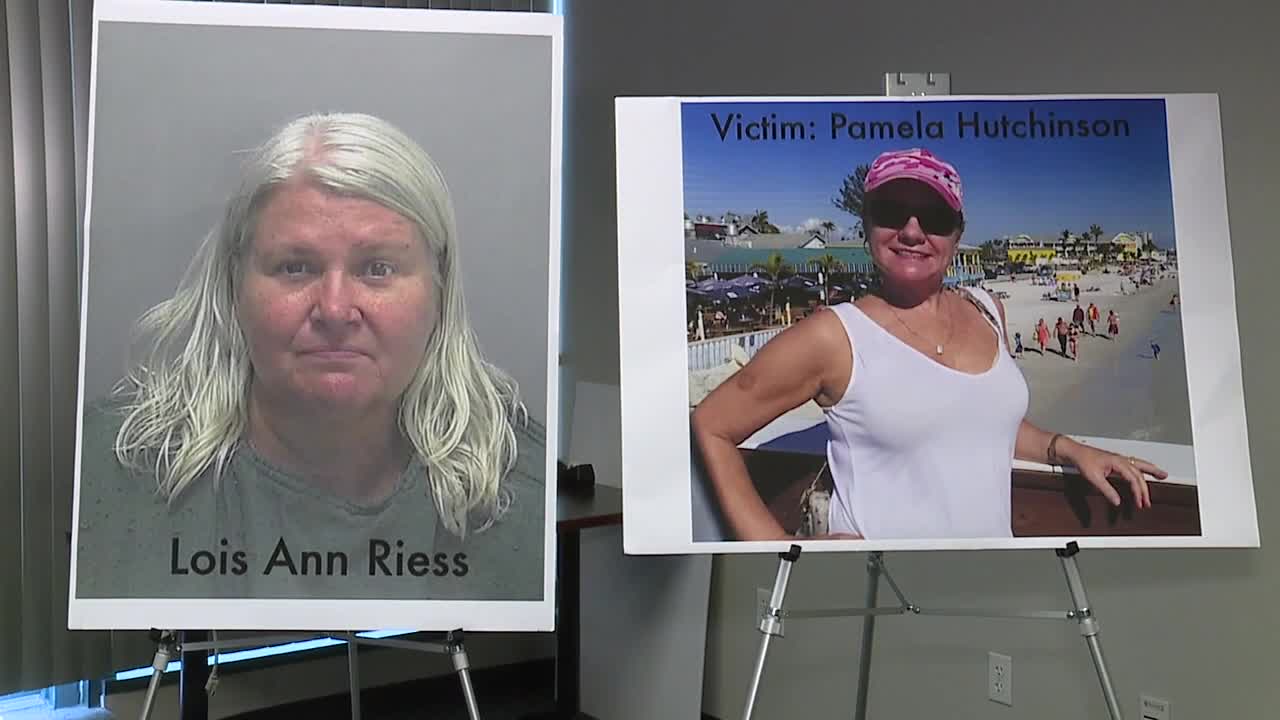 LEE COUNTY, Fla. -- A Minnesota woman accused of murdering a vacationing woman in Fort Myers Beach in April has been indicted on several charges, including First Degree Murder, by a grand jury.

The Lee County Sheriff's Office and State Attorney's Office made the announcement at a press conference Wednesday.

She is now charged with First Degree Murder with a Firearm, Grand Theft of a Motor Vehicle, Grand
Theft and Criminal Use of Personal Identification Information of a Deceased Individual, $5,000
or More.

MORE: Timeline in the search for accused murderer Lois Riess

The charge of First Degree Murder with a Firearm carries a mandatory life sentence in
prison.

Riess will be arraigned on these charges on June 11th.

Authorities first began searching for Riess after her husband was found dead in Minnesota on March 23rd.  She made her way to Fort Myers Beach, where she befriended 59-year-old Pamela Hutchinson, who was vacationing there.

The Lee County Sheriff's Office says Riess targeted Hutchinson due to their similar appearance, then murdered her in a condo on April 9th.  Riess then used her victim's identity to flee to Texas.