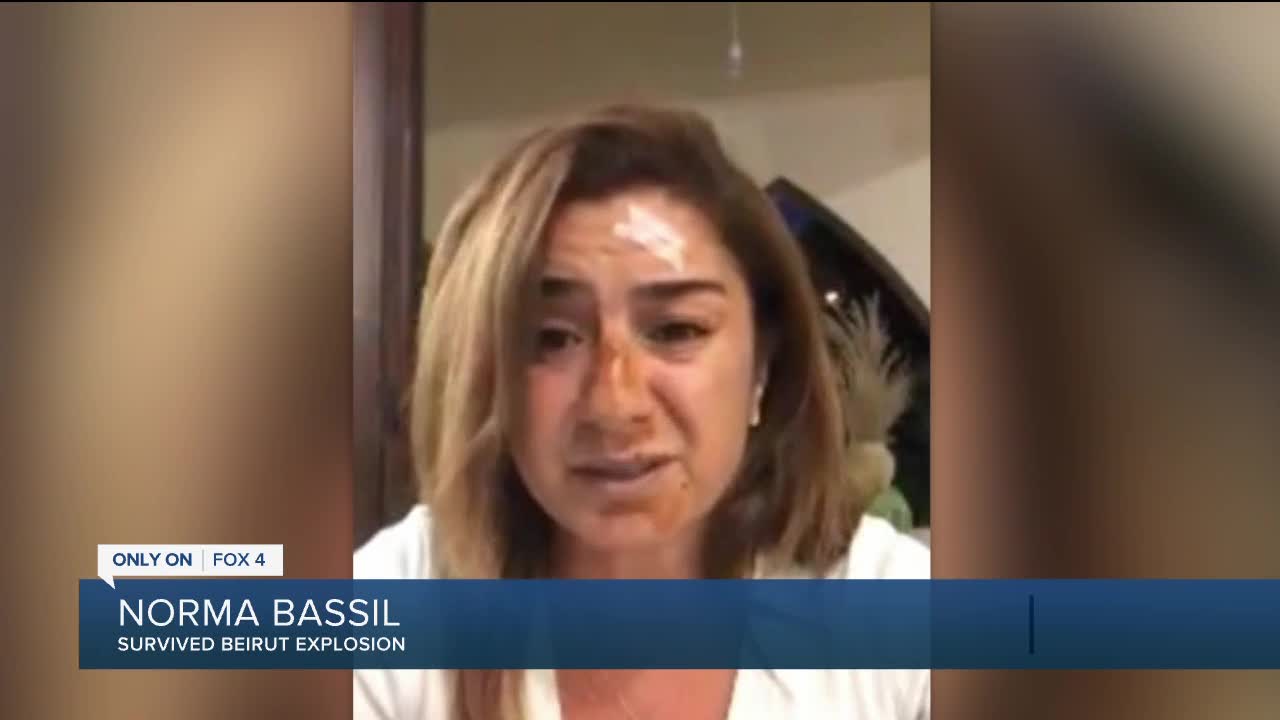 Normal Bassil shares her story of survival after the Beirut explosion and the moment she finally got in touch with her brother in Naples, FL.

She was in Beirut, Lebanon when at the time of a deadly explosion.

"I had no idea what happened," Norma Bassil tells FOX 4.

Bassil describes the scene as "hell on earth."

At the time of the explosion, Bassil was working in her nearby shop.

"I was lucky God saved my life. My face was bleeding heavily, and my clothes were full of blood. I was taken to the hospital. And I don't remember anything after that."

Bassil says the devastation followed her to the hospital, where she say an array of gruesome injuries.

"I gave my place to people who had lost their hand, their legs. It was a disaster, I am telling you."

She was eventually able to get in touch with family member in the country and her brother, Nabil, who lives in Naples.

The cause of the blast is under investigation.

But, Norma says that the people of Lebanon deserve better.

"We are nice people. Lebanese people are a peaceful people. We deserve, we deserve a good life."