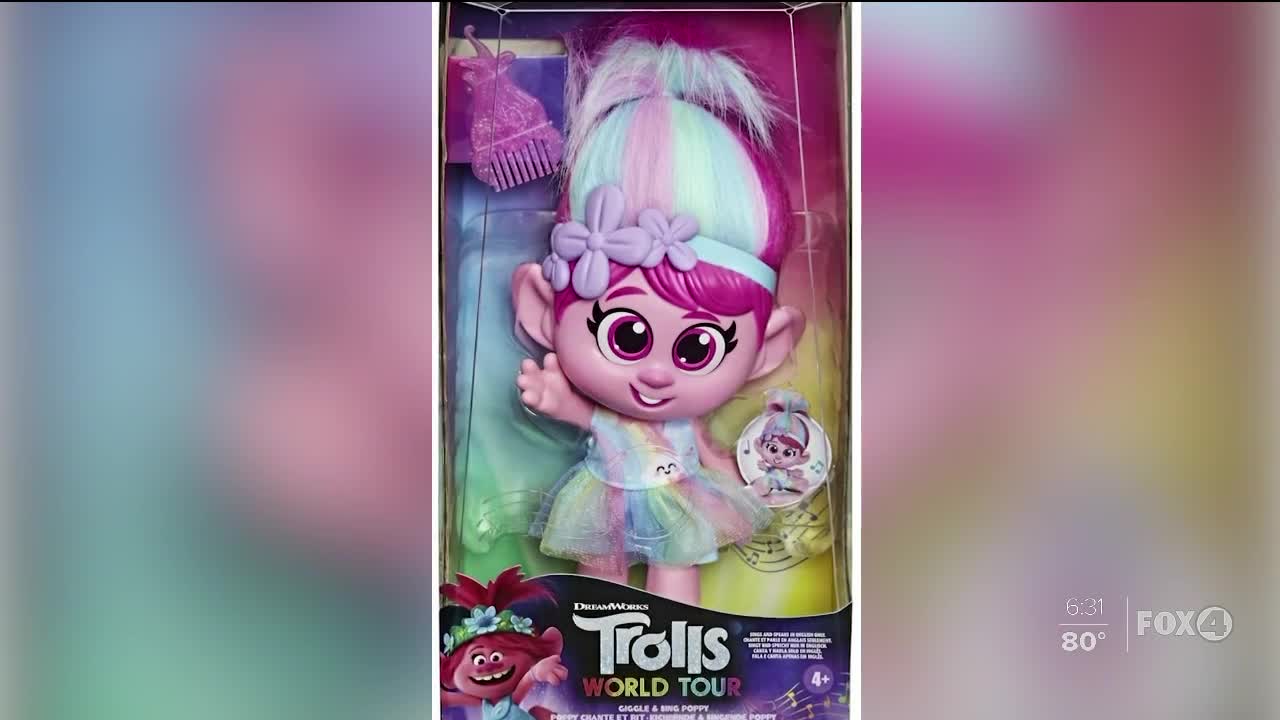 CAPE CORAL, Fla. — A popular children's toy has been removed from shelves because of accusations the toy promotes sexual abuse.

The doll is the character ‘Poppy’ from the popular movie Trolls.

Hasbro designed the ‘DreamWorks Trolls World Tour Giggle and Sing Poppy’ doll. There is one button on the doll's stomach that prompts the doll to sing and say phrases like 'how about a hug'.

The second button is placed on the doll's bottom under the skirt and in between the legs. When this button is pressed the doll makes exclamatory noises like 'ooh' and 'whee'.

It was this button on the bottom that led to viral videos on social media. In two days, a petition to remove the doll from stores like Walmart and Target received over 300,000 signatures. Parents fear the doll normalizes children to sexual abuse.

Jackie Stephens, CEO of the Children's Advocacy Center of Collier County, says while the doll is poorly designed, it will not have a negative or ‘sexual’ effect on children.

"For most children, who are not sexual abuse victims, this is outside of their frame of reference. They’re not going to automatically think about a sexual act because it's not something developmentally they’re aware of," says Stephens.

Stephens says parents need to shift their focus to watching who their kids are around and interact with daily.

"That toy alone is not going to cause sexual abuse. What causes sexual abuse are sex offenders," says Stephens.

She wants parents to educate their children on where it is appropriate for adults to touch them.

"Have an open conversation with your child. (tell them) These are your private parts that nobody is supposed to touch," says Stephens.

Stephens says sexual abuse is common in southwest Florida. In Collier county, the child advocacy center says 38% of its child abuse cases are sexual abuse. She says this is why it's important to look for changes in a child’s behavior because it could be a sign of abuse.

“A child that was doing really well in school and all of a sudden their grades drop. A child who is normally energetic and happy, and then you see a real change in their emotional behaviors," says Stephens.