Let's Be Frank: Thoughts on the government shutdown 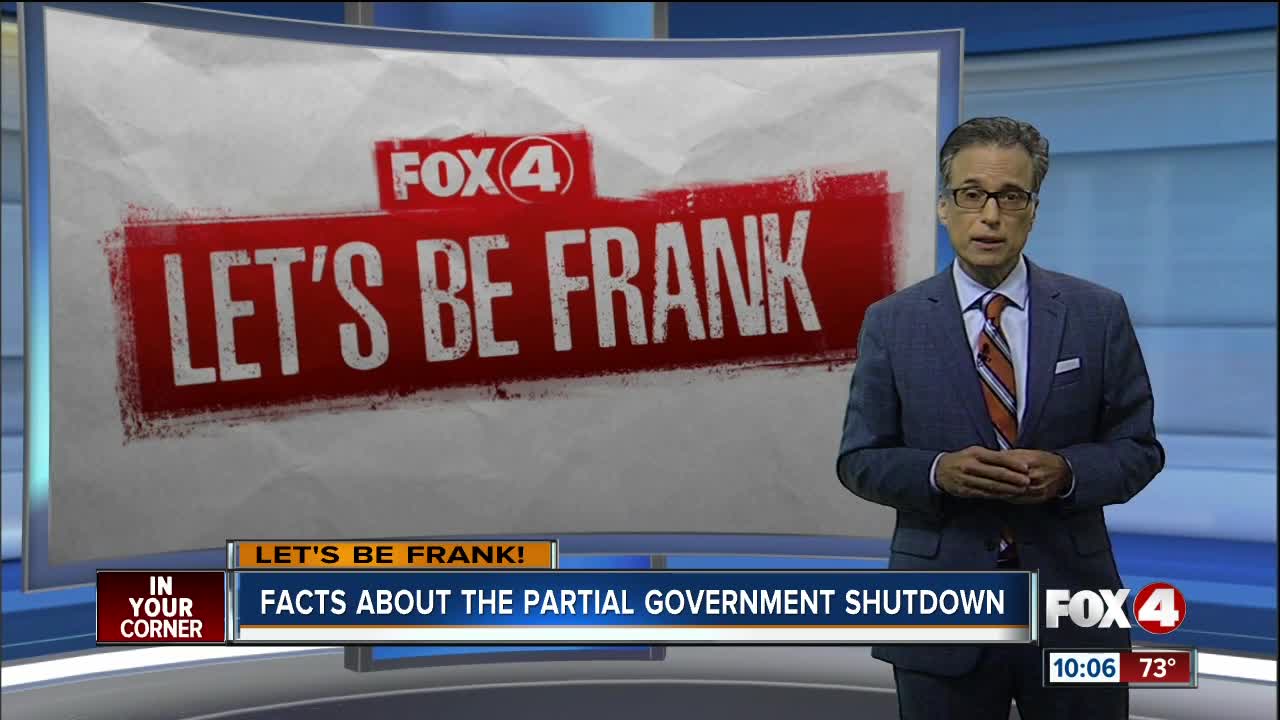 For those of you who watch my periodic commentaries you know I try to steer clear of politics. So this one may sound like it's about politics but it's not. It's about facts.

For those of you who watch my periodic commentaries, you know I try to steer clear of politics. So, this one may sound like it's about politics but it's not. It's about facts and truth.

Truth is the currency of every good journalist. You can be smart as a whip, but without facts you're not really a journalist. If opinion is your game, saying something repeatedly and even shouting it on television doesn't make it true.

That's why I have been perplexed this past week by the chatter over who's to blame for the government shutdown. Last week, the president said in a much viewed White House meeting with the democratic leadership that he would gladly take responsibility for a government shutdown.

We all saw it. Now we have one, and guess what, the president is blaming the other party for it.

Here's what's most puzzling. The White House, the House of Representatives and the U.S. Senate are controlled by one party. Until the middle of next week they have complete control and the votes, even with a filibuster, to do what they want when they want. We saw that raw power on display when republicans passed last year's massive tax cut.

So, if the party in power has the votes to do that why not just vote to fund the border wall and reopen the government? You don't need the democrats.

I hope this doesn't trigger emails of hate. I'm just simply asking a question. Truth matters, no matter what party. It matters most when it comes from those whom we elect to govern, and I'd like to know what you think.