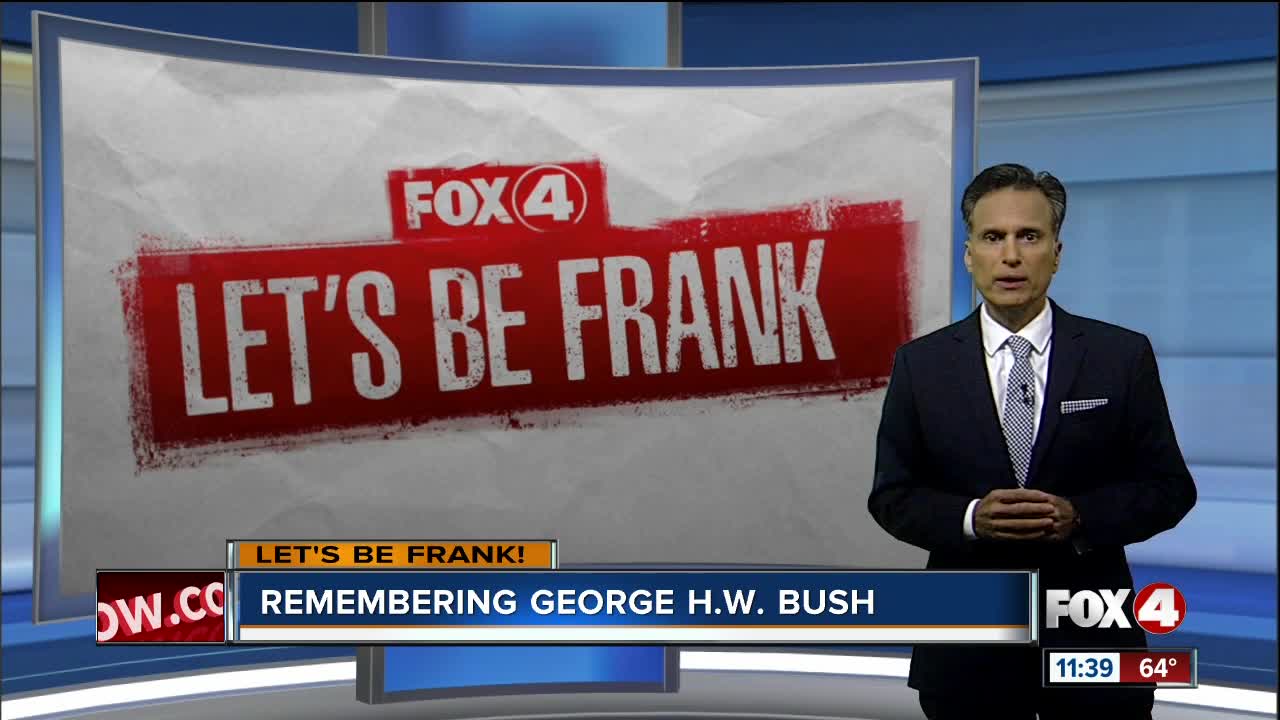 Whether you agreed with his policies or not, George H.W. Bush served with dignity and respect – something so sorely missing in today’s politics.

We have lost the last of the World War II generation presidents. More importantly we have lost a gentleman.

Whether you agreed with his policies or not, George H.W. Bush served with dignity and respect – something so sorely missing in today’s politics.

For those of you old enough, you remember. For those who are not, do yourself a favor and read about Bush’s four years as president. They cover one of most tumultuous times in this nation’s history.

My very brief encounter with him says a lot about the man he was. I met George Bush as a cub reporter in another state. He was campaigning and had stopped at a small county fair to press the flesh. This was long before the isolated leaders we have now.

I pushed my way through his Secret Service detail and held a microphone to his face. Here I was all of 21 and he stopped dead in his tracks to give this nobody, with other news media around, in a state he and President Reagan thought they were going to lose, several minutes of his time.

We didn't break any news that night but he politely answered my questions and with a smile – that smile - shook my hand, and moved on.

I've talked with my colleagues here at Fox 4 who also came in contact with 41, and they have similar stories. Respect and dignity for your constutients, no matter what your party. That's how it's done. Not with an angry tweet in the middle of the night.

You build bridges, not detonate them. I wish I didn't have to say he was the last of a dying breed, but I fear he is.

If you have a George H.W. Bush story, I’d like to hear it, or any of your views on this subject. Email me at Frank.Cipolla@Fox4Now.com.