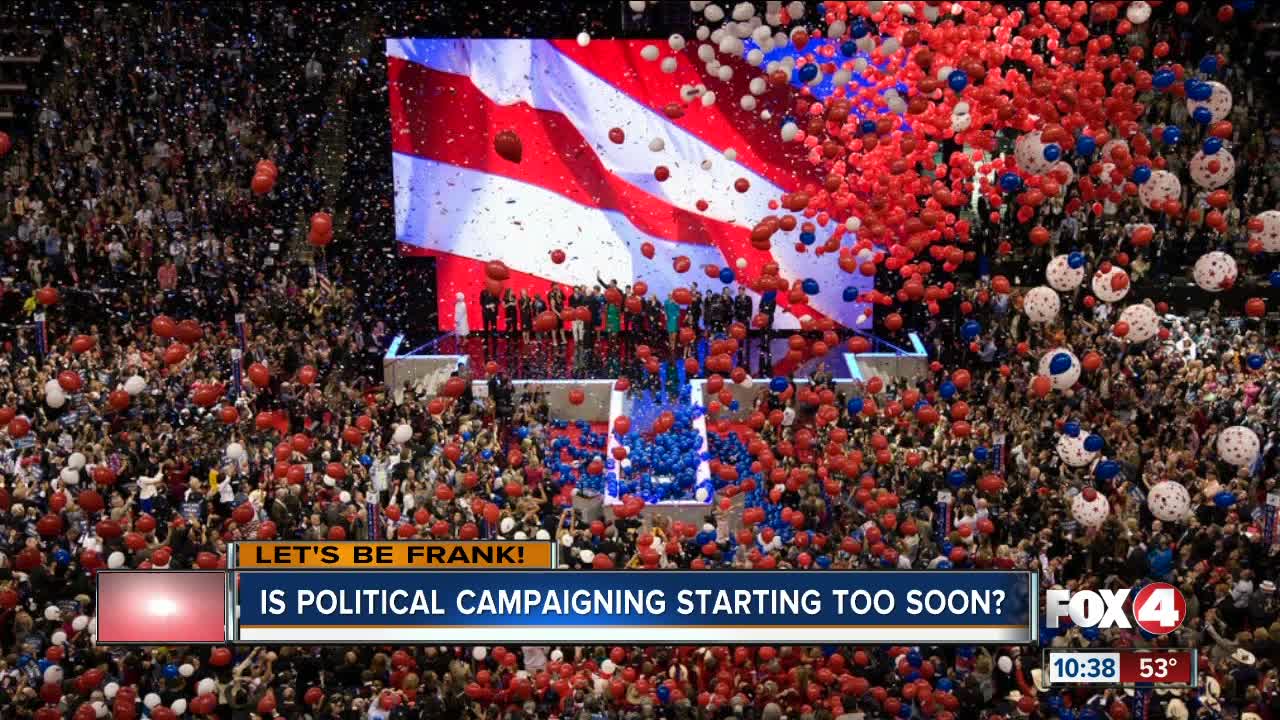 The presidential election used to begin in the year of the actual election. Now it begins right after the mid-terms. When did this happen and why?

Here we are at the end of January 2019. The government shutdown is over. Congress is back in Washington and you know what that means? The 2020 presidential campaign has begun!

Already, seven Democrats are in the race and of course President Trump. And all of this happening as Election Day is almost two years away. Two years! I actually saw one of the major candidates doing a televised hour-long 'town hall' meeting this week. Really?

Look, I get it, you need to get in early, identify donors, define your opponents before they define you and so on. But why must we start so early? And why so many candidates? Last time around there were 17 on the Republican side and god knows how many Democrats this time around.

Too many choices make it more confusing for the average American. It's like going to one of those casual dining restaurants and being handed a 40-page menu. The menu, please. I'll take one Republican, one Democrat, an independent, and can I have a side order of bacon-wrapped jalapeno poppers? Thank you.

Now the on-screen countdown clocks to the next debate, and the debate after that begin immediately after the mid-terms. The breathless political analysis is non-stop. Hey, we're busy paying bills, dropping kids off, working two jobs to put aside any time to concentrate on 2020.

As I've said before it's not about any particular party, it's about where we are as a country. We should do what other countries do: limit election campaigns to three months or six. It would save us all a lot of time.

Burnout is not good for turnout.

I'd like to know what you think. Email me at frank.cipolla@fox4now.com.