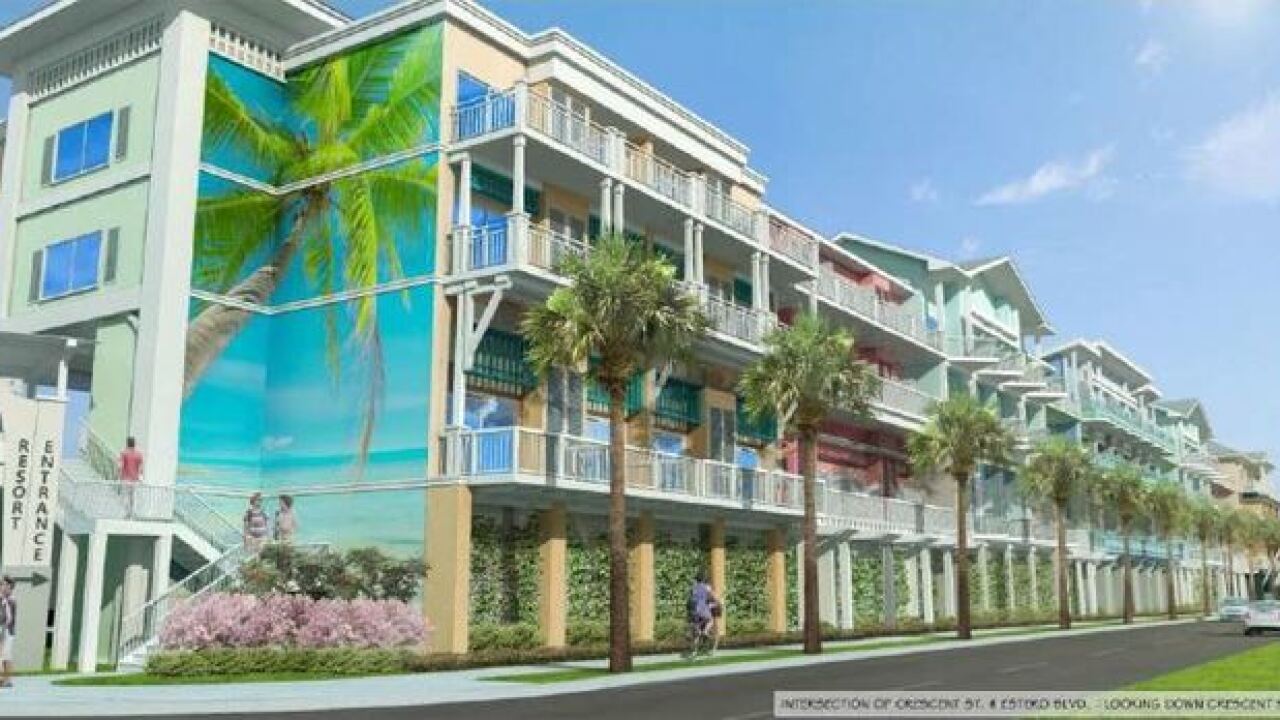 Copyright 2018 Scripps Media, Inc. All rights reserved. This material may not be published, broadcast, rewritten, or redistributed.
TPI Hospitality
<p>Rendering of the planned 'Margaritaville' resort on Fort Myers Beach.</p>

On Wednesday, Mayor Ray Murphy announced that an agreement has been reached to end the Christine Patton vs. the Town of Fort Myers Beach lawsuit.

In a statement, the mayor says:

“The culmination of this action was based upon a mutual understanding between the parties that it is time to put our differences behind us and move forward. The redevelopment of our core commerce area has been long overdue and now our residents, businesses and visitors can all look forward to the improvements soon to come on Fort Myers Beach.”

On July 9th, Christine Patton filed a petition to keep Margaritaville out of Fort Myers Beach.

Legal battles between Patton and the town date back to 2018 when she sued the town, claiming that the resort would break zoning laws due to its large size.

Florida's 2nd District Court of Appeals upheld the circuit court's decsion that ruled in favor of Fort Myers Beach and TPI Hospitality - the developers behind the resort.

Mayor Murphy says the resolution marks a "the dawn of a new day" for Fort Myers Beach.