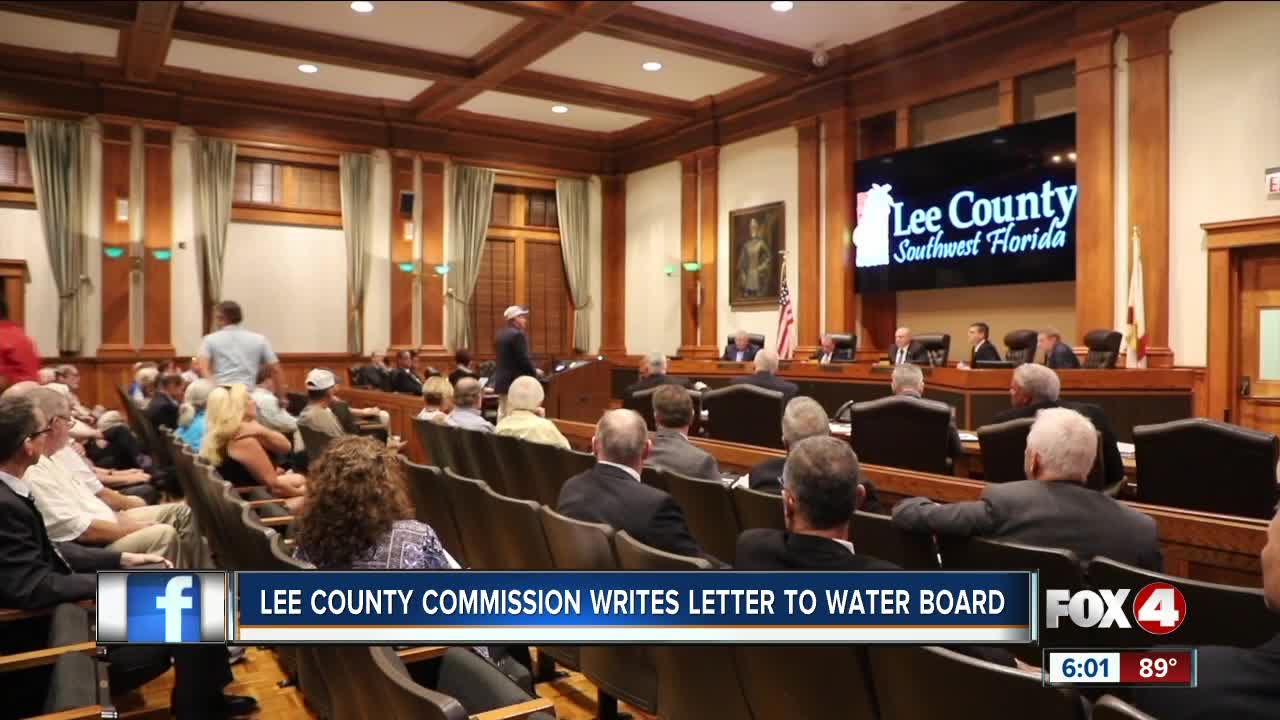 LEE COUNTY, Fla. -- Lee County commissioners approved sending the South Florida Water Management District a letter Tuesday, but some say that is not enough to prompt action when it comes to Lake Okeechobee water releases. 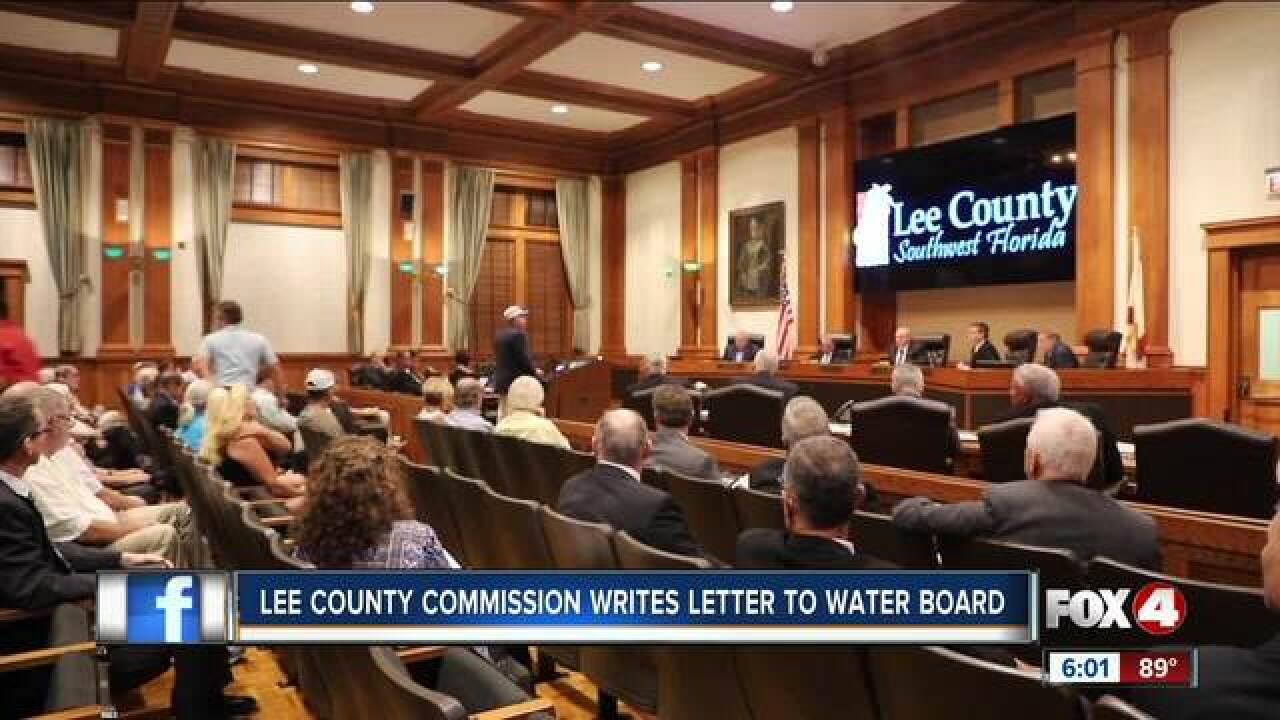 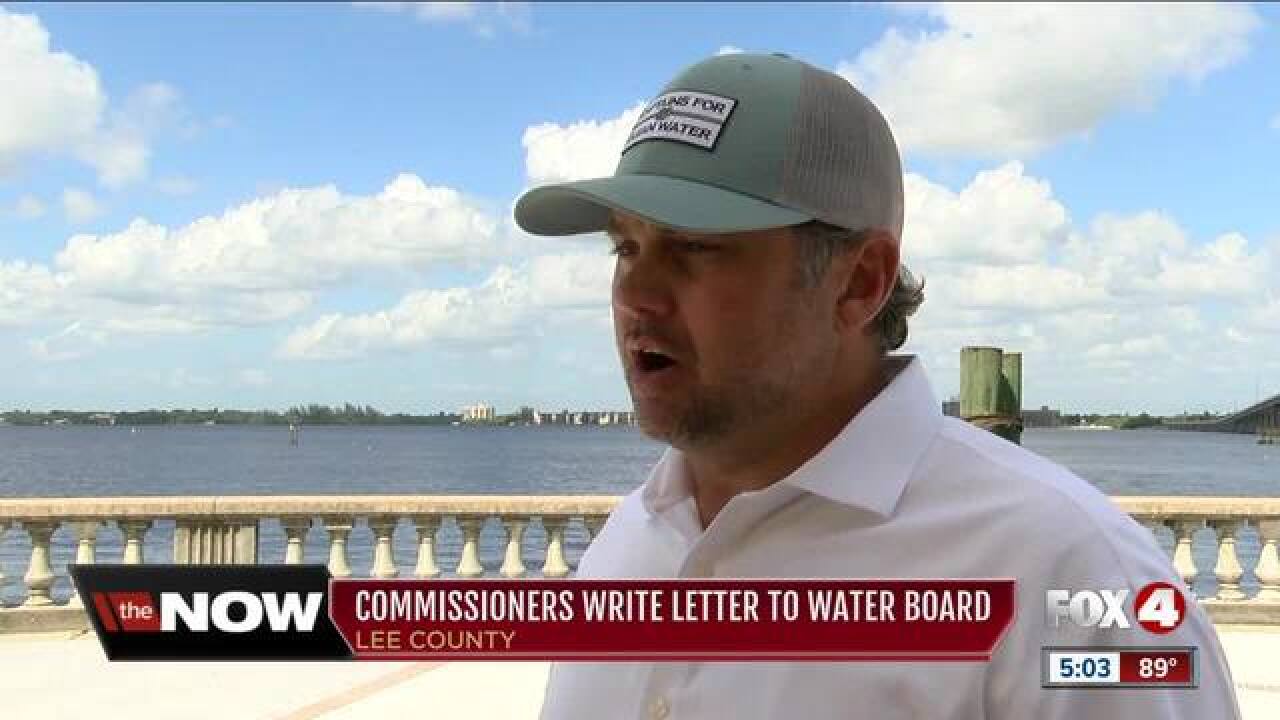 LEE COUNTY, Fla. -- Lee County commissioners approved sending the South Florida Water Management District a letter Tuesday, but some say a letter is not enough to prompt action when it comes to Lake Okeechobee water releases.

Several cities in Southwest Florida, including Cape Coral, Sanibel Island, and Fort Myers Beach teamed up last week to move forward with litigation against the South Florida Water Management District. The municipalities are appealing a rule that allows minimum flow levels out of Lake Okeechobee to remain at 400 cubic feet per second. They would like to raise that minimum flow to 720 cubic feet per second during the dry season to help with drought conditions and salinity levels in Southwest Florida Estuaries. In turn, they hope this would lead to less harmful discharges during the summer.

Instead of joining the lawsuit, Lee County Commissioners opted to write a letter to the SFWMD asking for increased dry season flows. Chairman Cecil Pendergrass was the only Lee County Commissioner to vote against sending the letter. He wanted to join in on the lawsuit, telling 4 In Your Corner a letter will be ineffective. "Every year I've sent letters asking them to increase flows and they've ignored us," he said. "We need to send a stronger message to water management."

On the other hand, Commissioner Brian Hamman said he'd rather have discussions about Lake Okeechobee flows out of court. He agrees discharges should be increased during the dry season, but says a lawsuit might do more harm than good. Before September, minimum flows from Lake-O were set at 300 cubic feet per second, rather than the current 400. "A judge does not have the authority to change a rule. The judge only has the authority to invalidate the rule, which would then revert back to lower flows."

Several people showed up to public comment during Tuesday's commission meeting to urge commissioners to join the litigation. Captain Chris Wittman, leader at non-profit 'Captains for Clean Water,' was disappointed commissioners chose to send a letter rather than vote according to the public's feedback. "They didn't stand with the mayors that make up the cities in Lee County. They didn't stand up for their constituents, they simply let down the people that put them in office," he said. "I think there's a reluctance from the commission as a whole to ruffle any feathers with the Water Management District."

Commissioners plan to speak to water managers when they come to Southwest Florida. However, that meeting would not take place until February, well into next year's dry season.