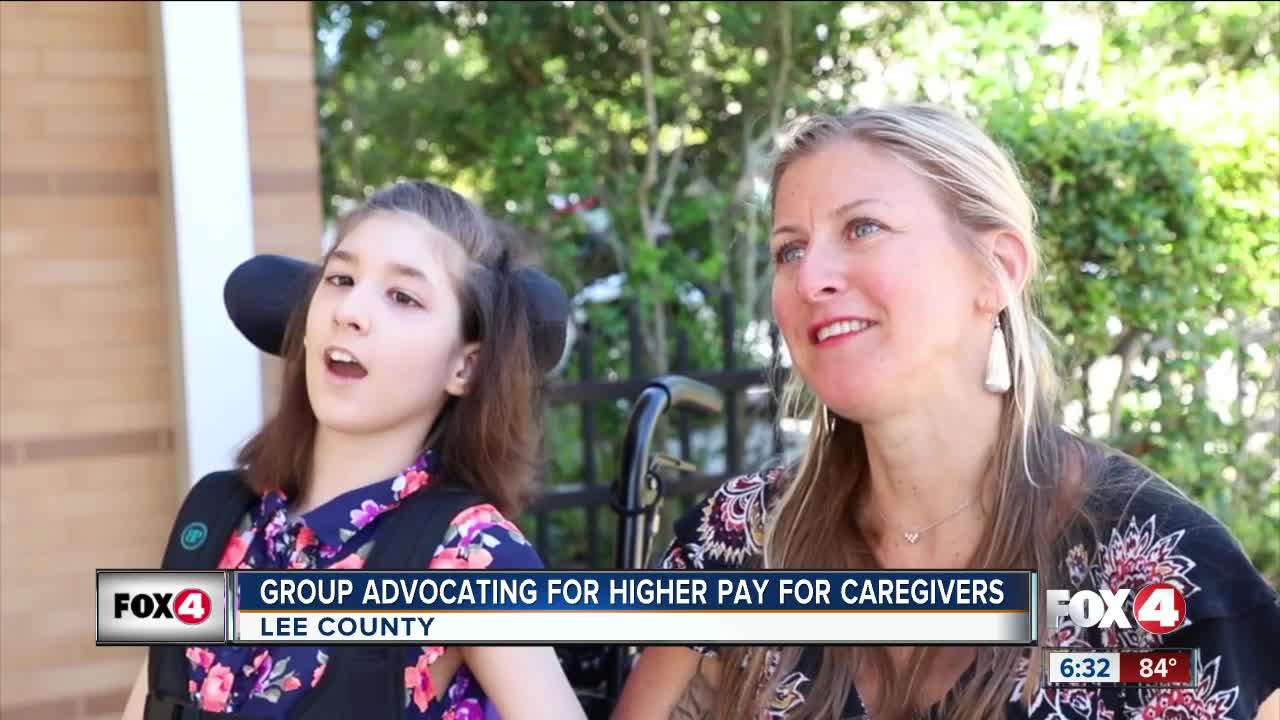 LEE COUNTY, Fla - Being a caregiver isn’t an easy job, but it is rewarding. Although some feel their wages aren’t so rewarding. Fox 4 spoke with some of your neighbors who are advocating to make sure there are enough trained professionals to give them the care they need.

"Our Voices Together Coalition" a group in Lee County, has a deep connection with those who have disabilities, and one mother, Charyse Smith, who has a daughter with cerebral palsy, is fighting to get caregivers a bump in pay. She says she hasn't had a caregiver, for her daughter Kayla, in nearly two years because of low wages.

Fox 4 did some digging and found the American Network of Community Options and Resources Foundation, which is a national program that helps provide programs and opportunities for people with disabilities, released a report stating Florida is ranked last in the nation in providing services for people with intellectual or physical disabilities.

"Direct support providers that help them at programs and their houses are huge parts of their lives," said Peter Banner, a Quality Assurance Specialist for the Community Resource Network.

But to help get the message out there, he and other neighbors set up a day where they called legislatures throughout the state, asking them to hear their stories.

"This is something that the whole coalition is very passionate about, and we need to make a change," Banner said.

The "Our Voices Together Coalition," doesn’t have an exact dollar amount at the time, they believe caregivers are worth more than they’re given.

"We need to help each other out because they didn’t ask for this life," Smith said.

If you would like to contact "Our Voices Together Coalition," you can do so here at info@ourvoicestogetherfl.org.